Football season is upon us.
Living in Bronco nation is different from
living in Cardinal land.(St. Louis.)
I do love how sports bring together a community, and we will forever be
Cardinal fans now.  But Bronco nation...
is crazy!  If you dare go out before a game, everyone and their baby and their dog is DECKED out
along with the 10 flags they have flying from their trucks. And the lines and lines are forever long buying food for the games.  I love it. I love the energy of it.
I'm not a bronco fan YET, but I'm warming up. We miss going to the BYU games.
Then if you go shopping during a game... it is literally a ghost town. Even the workers at Old Navy were
GONE, somewhere in the back watching the game.
It was the first home game, and we needed some exploring time so we went down town.  Cache wanted to see the stadium. It was a sea of orange and blue.
Cache's heart was broken when we said their was no way we could go to the game.
We went and found a new park to explore downtown boise(Albertson's park) and the boyz got their game on. 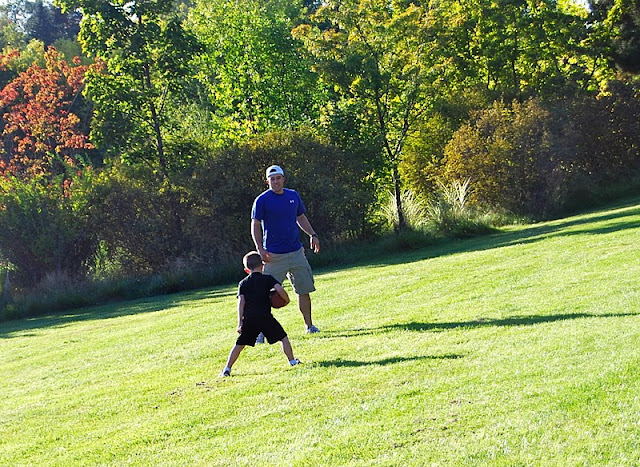 There's not much more attractive in my book than a man playin with his kids.
Especially if that man is already attractive. :) 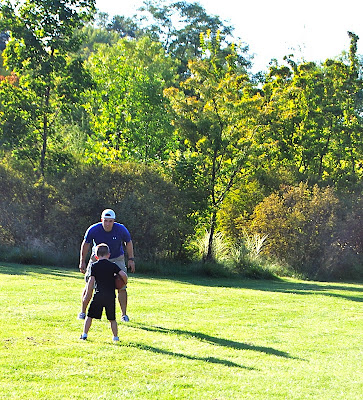 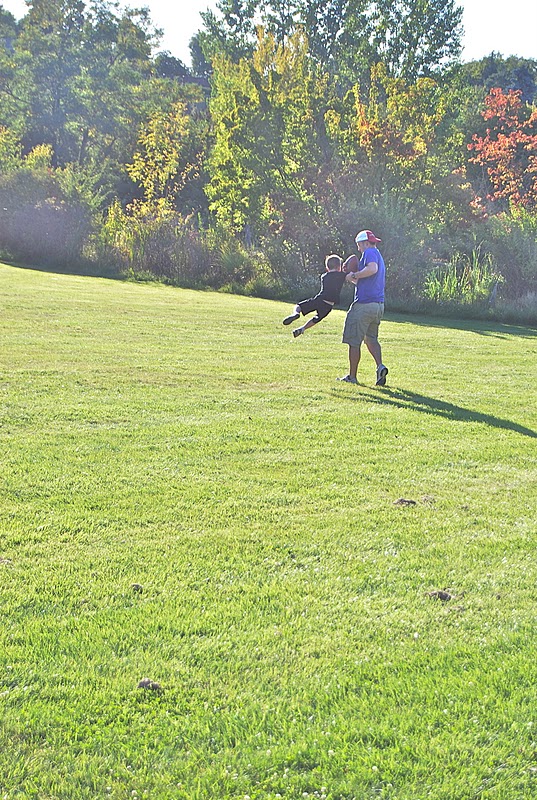 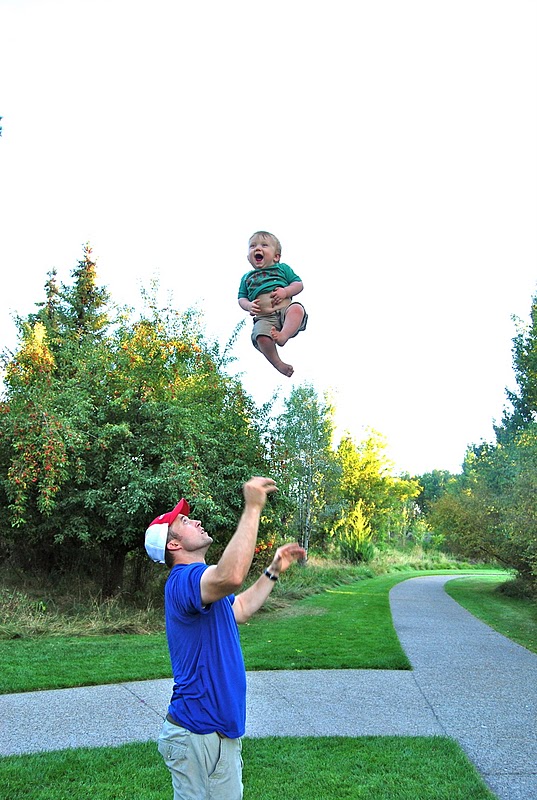 Okay throwing babies is not attractive.
But this is my 3rd child. He's been doing it this whole time.
I'm getting use to it.
Almost. 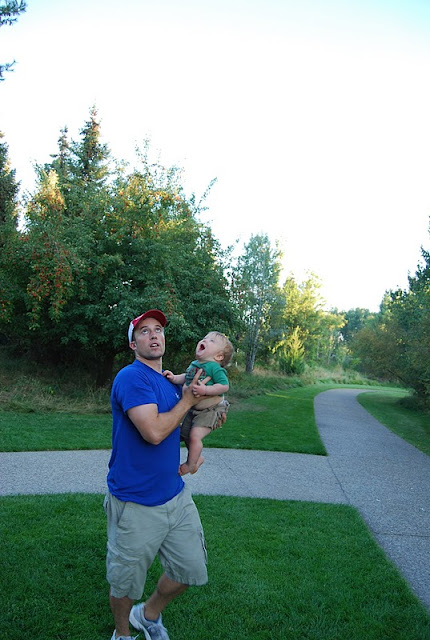 There was this big old pond full of lily pads.
Pretty neat.
I love Gage's finger in his mouth. 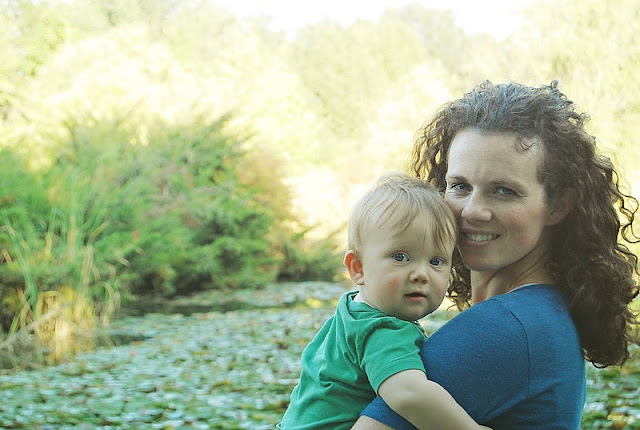 Very in love with this baby. 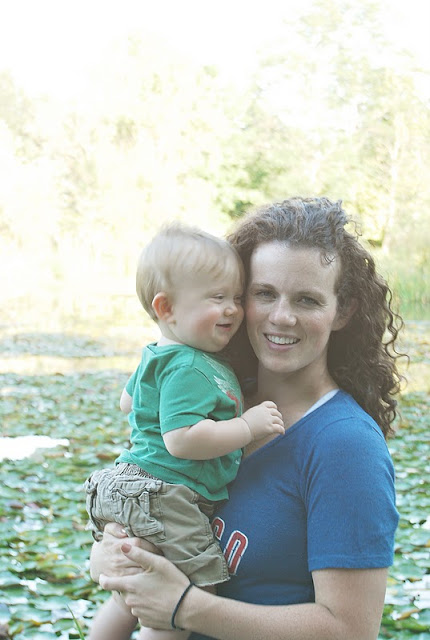 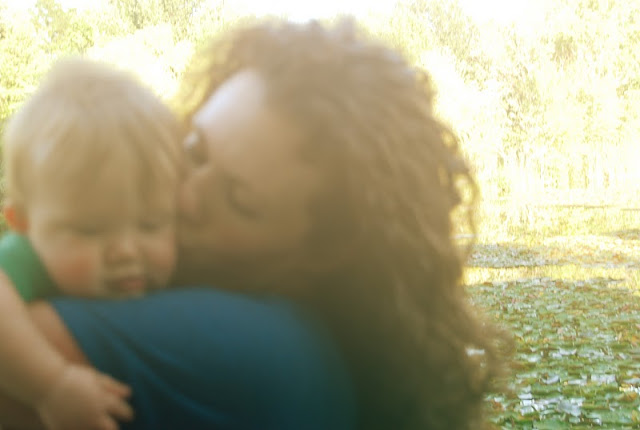 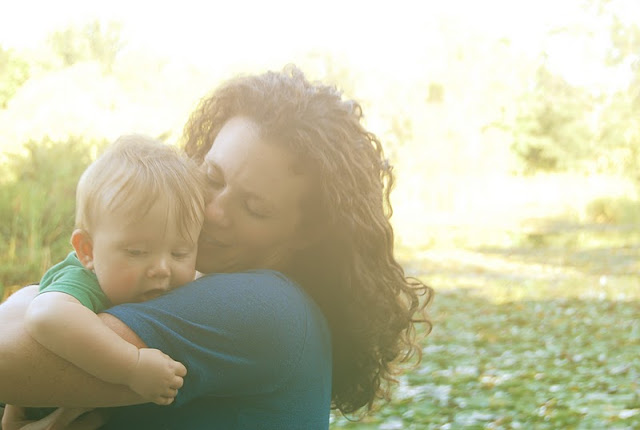 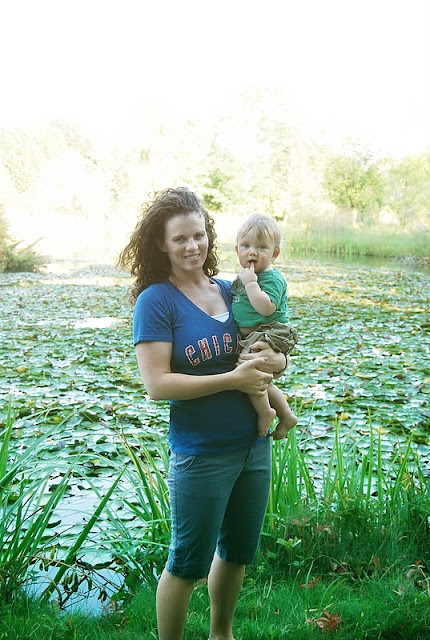 No I couldn't decide on pictures. Don't judge me.
Gage's finger in his mouth again... above
I like my hair in the one below. Gives the illusion of not frizzy. 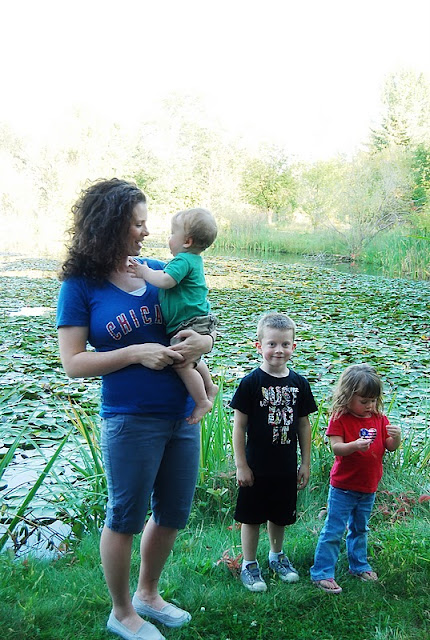 Cache is actually hugging me. Love that. 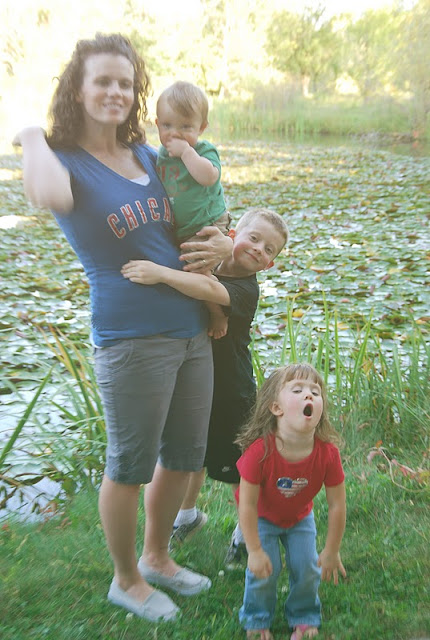 This is a picture of the biggest ponderosa in idaho...very interesting. 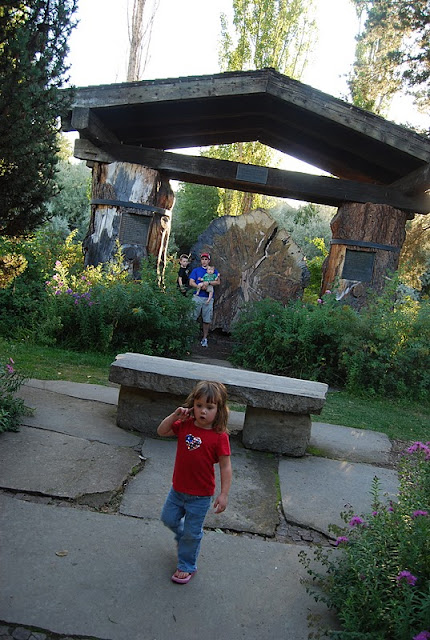 All my blue eyed babies. 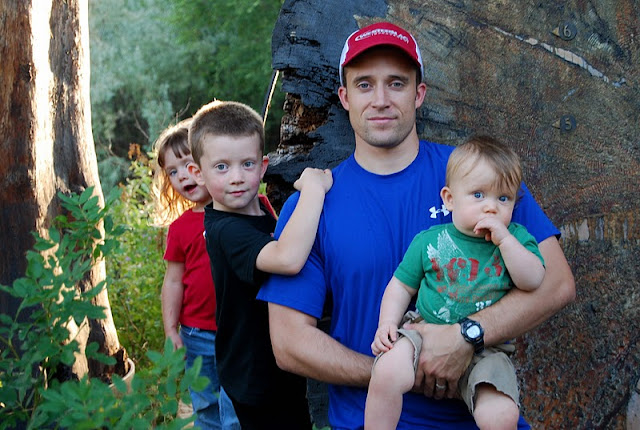 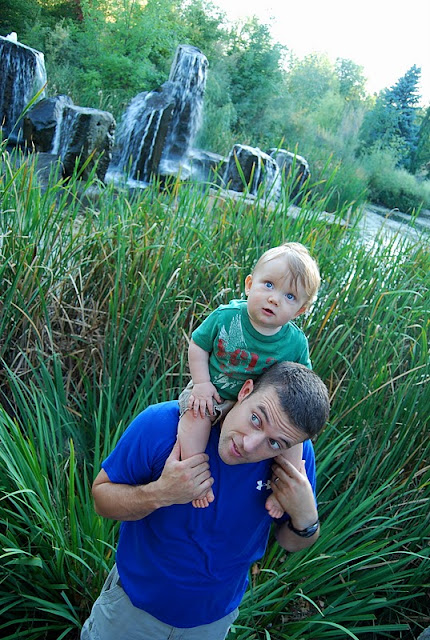 We ended the weekend with Miss Lily Anne's baby blessing. 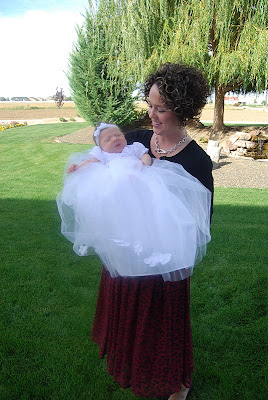 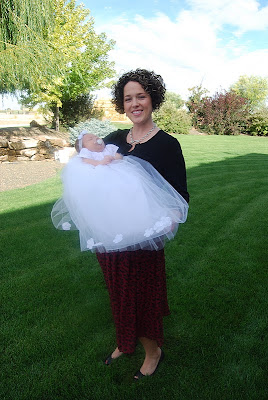 So special.  The Barretts really have become family over these many years.
Lily is such a sweet little girl.
I'm excited to see her grow up and become a beauty like her mommy.
Mckay and Naomi below...Naomi played Kitty wrangler
the whole time. She just adores animals. Once again proving that we shoulda named her
Barbara Jane.(After her grandmother who loves animals.) 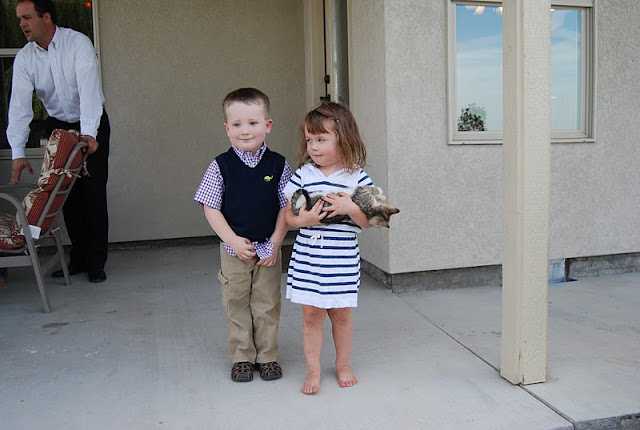 T'was a lovely weekend.
Posted by Amie Orton at 1:21 PM

I love that picture of Devin throwing Gage in the air. He is so high up there! Your coat is GORGEOUS, and holy cow that cakes must have been amazing. Very impressive Devin! I'm glad you had a good b-day Amie..

Happy bday Amie:) Birthday wishes from Montana. I so remember my 29th the kids were 4 and 2 i was in the thick of IT! ENJOY! What a fabulous time of life. I love the picture of you and the kidos...all of them and the one with devin and cache what a great daddy.