The hair cut and Broken camera

I had a couple sad things happen this week.
First off, my camera lens broke.  Just broke.  A week ago, my big lens did get dropped by a certain little boy who was trying to take pictures of Ants.  But he had permission, and it was an accident.
I had a back up lens so stuck that one on and life was fine.
But the back up lens just stopped working and is visibly broken inside.
Now I am camera less until I can afford a new lens.
Whoa is me.  Hard life huh? :)
I am a bit embarrassed just how deeply sad this makes me. My camera
makes every day mundane tasks of diapers, dishes, same routine over and over come alive and seem magical to me.  But when I can't take a picture of it...
I sorta feel like a lost my right hand.  And all the fingers on my left too.
And possibly a toe or two.  Maybe part of an eye..
.These pics are from my very old point and shoot camera.
So frustrating and blurry 95% of the time. If it even turns on.
Wine wine wine.
As sad is that is for me, I shed a lot more tears over this next event.
.
.
.
.
The dreaded sibling Hair cut. 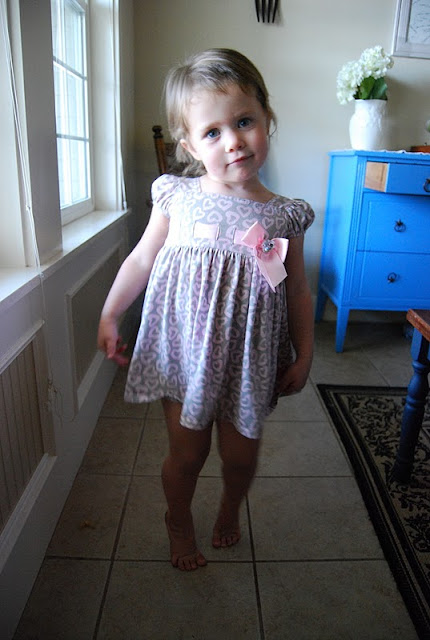 Seriously almost passed out.
Bangs chopped and everything. 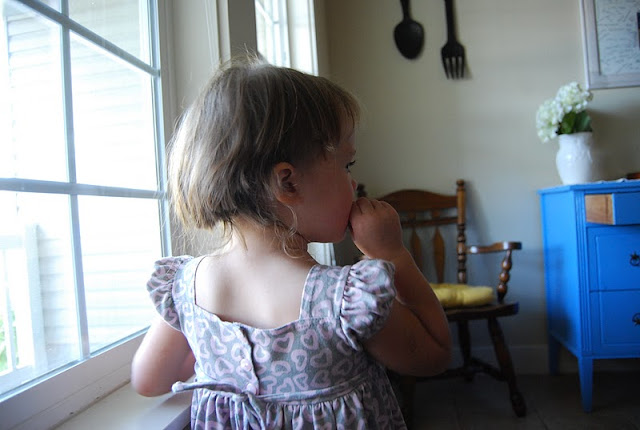 It was bound to happen.
Still I was unprepared and bawled on the spot.
Causing Naomi to burst into tears and run and hide.
She buried her head in a blanket and wouldn't come out till Devin got home and he was able to coax her out.  She just kept crying: "I don't have very much hair anymore!"
It was extremely dramatic around here. 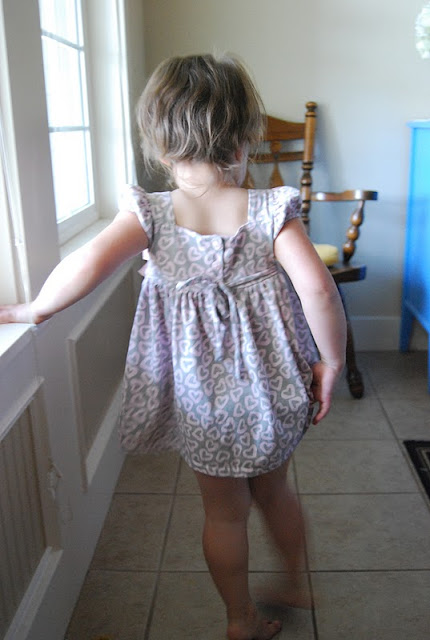 He did this with just baby scissors! 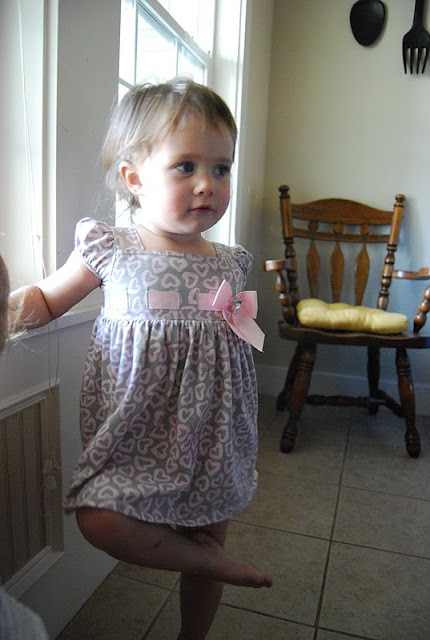 My visiting teacher stopped by during the crying session.
She was heaven sent.  She promised me she had seen way worse.
And later that night returned with new bows and a cute flower head band.
Which did help. 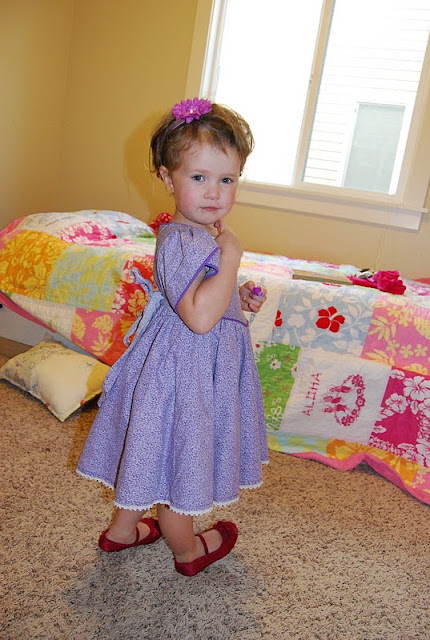 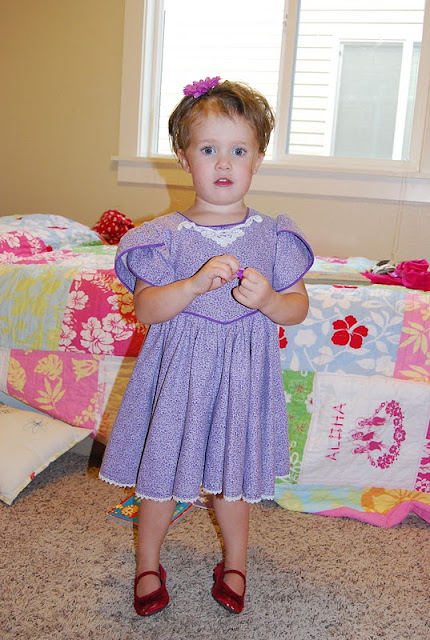 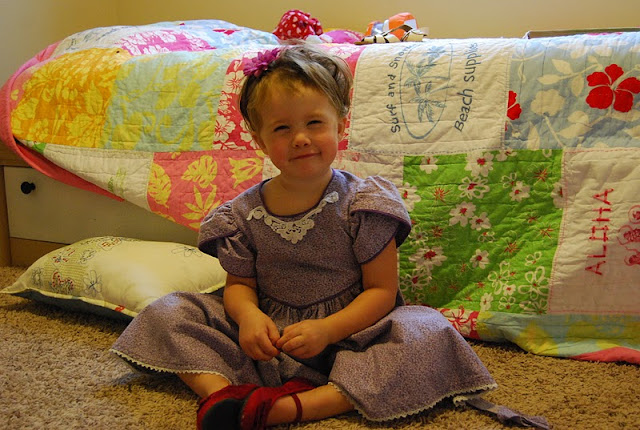 My mom  told me not to kill Cache.  Or even yell at him. All I had said to him, in a whipser was
"Go to your room. "
He must have felt the severity of his actions. Or the severity of the SHOCK inside of me...  He didn't come out for an hour. Then I sent him back.
My mom gave me the idea that he needed to do extra chores for money to pay for her new haircut.
This is working since Cache puts a lot of value on the contents of his piggy bank.
So we got her a hair cut.
And this is the end product.  She looks a lot younger. 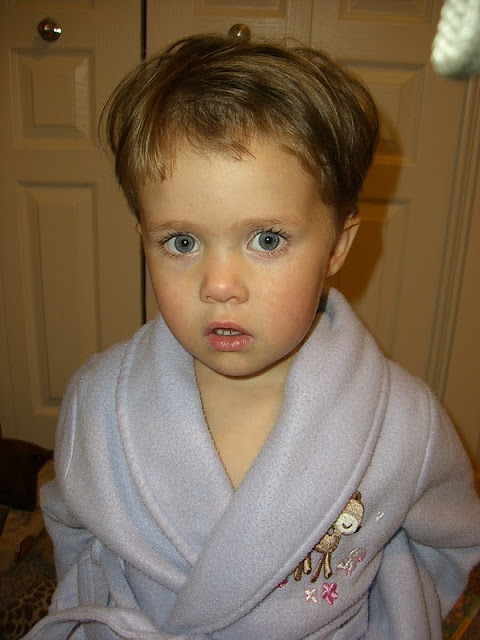 And since she always ripped her hair out 5 seconds after I fixed it before, she may even look
nicer.  And now you can always see her  pretty face. 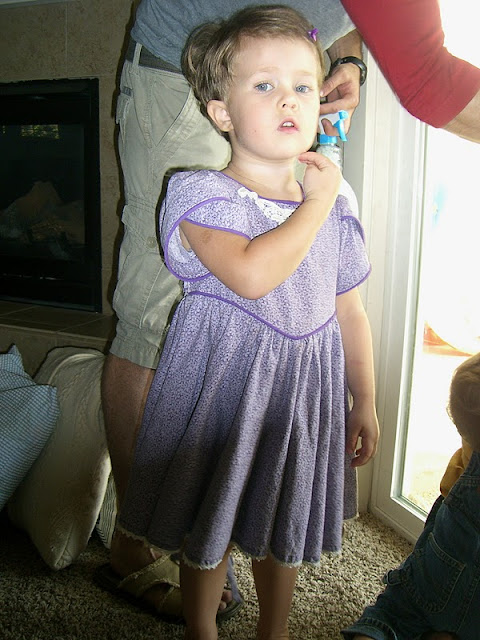 Aaww she still looks so cute. For some reason I was imagining that he cut more than that. It looks really cute with the headband. What a crazy week! sorry about your camera : (.

Ok, I'm sorry that was such a sad experience, but I must say that she looks soooo adorable with the short cut! Those eyes! I think it's often hard for a mom to chop her little girl's locks, but it often looks awesome. So in a way, Cache gave you the nudge so there was no turning back and it is quite fab =)

I love the cut! I cut off 10 inches of hair and it feels so nice. Naomi looks so cute and the short hair is very chic. She looks a lot like Emma Watson (Hermione). I wish we lived closer. Then we could play all the time. Your kids are adorable.

oh, i would that is quite the week. What a sweet VT to bring the head band, she looks quite cute in it. The end product turn out cut as well. Oh to not have a camera, I'm so sorry :(

She really does look so darling, but I'm sure I would have cried too :) You handled that all so well.. I'm not looking forward to that day in our history..

Oh Lou, I am so sorry. Naomi is such a doll, she looks really pretty with short hair too, those eyes pop! I am sure that has all been so upsetting... love, Krista

I love how her new hair cut shows off her beautiful eyes. I knew she would look just fine. But my heart ached for you. I hope you are to the laughing stage by now.

Oh goodness, that is a rough week Amie! Way to stay calm with Cache! She's still super cute and her eyes look so pretty!

ohmygosh, the "haircut" shocked me at first! Then it amused me. Hopefully you'll have the same reaction eventually? I can remember cutting my own bangs allll the time. And I thought they were just dandy. I didn't understand why mom didn't like it!

oh sad week but it could have been worse...he could have done your hair while sleeping :)