Gage as an almost 4 year old.

"And Grandma stuck a pokey thing in it to take my beaver out.  She was trying to take my                     beaver out of my bones and it hurt."
Pretty sure he was referring to when he had a fever while staying with Grandma Colette. She had mentioned that he screamed like crazy when she tried to take his temperature under his arm. :) Well no wonder he screamed, he thought a beaver was being pulled out of his bones from under his arm! I would probably scream too.
Yesterday I took him grocery shopping and we picked out some yogurt covered pretzels for a lunch treat.  He was so excited because "Freckles are so yummy!"  And each day at lunch he says: "I ate my sammich and carrot.  Now you need to give me a freckle Mamma." I never correct him.
When Naomi leaves for school after lunch, I make it a point to play with Gage for 5 minutes very first thing. I let him pick. Usually he picks wrestling, but the last two days he insisted on "Mexican Bingo!  He corrects my Spanish of all the items I read.  And when a card is drawn that is on his card, he does a little dance in a circle while singing: "Oh ya, Oh ya! boooyah!."  He asks me to play all afternoon. So I set a timer and he has to let me work for 30 minutes in between Mexican Bingo games.
Gage is a pretty big baby, but we are trying to help him overcome that by following through more when we ask him to help out around the house. Its pretty funny to watch him wail and cry and act like a single sock weighs 100lbs and "It's too heaby for me."  He is dead serious.
So never has a child loved water so much I do believe EVER.  He is always always wanting to take a bath. Then he plays in the tub for about an hour each time. Sometimes more.  Every once in awhile he'll  get away with taking 3 baths in a day. Today, one of his siblings wet the bed and Gage woke up to discover someone was bathing without him! ( betrayed)   But we were trying to get family scriptures and breakfast started, so we told him he couldn't take a bath. Next thing we know, he was back in our room, claiming he  "Peeded da bed." Yep he had.  He had gone back to bed, pretended to be asleep and peed, just so he could take a bath! He's crazy!
Finally, Gage takes a lot about "humans."  If you ask him about a movie he'll say: "Aaand there was a lot of humans in this one." Or if you ask him what he is playing: "I'm playing humans and horsey's."

When Gage is hungry which is often. He comes and dramatically lays by me and then proclaims: "Oh my tummy is rumbly." 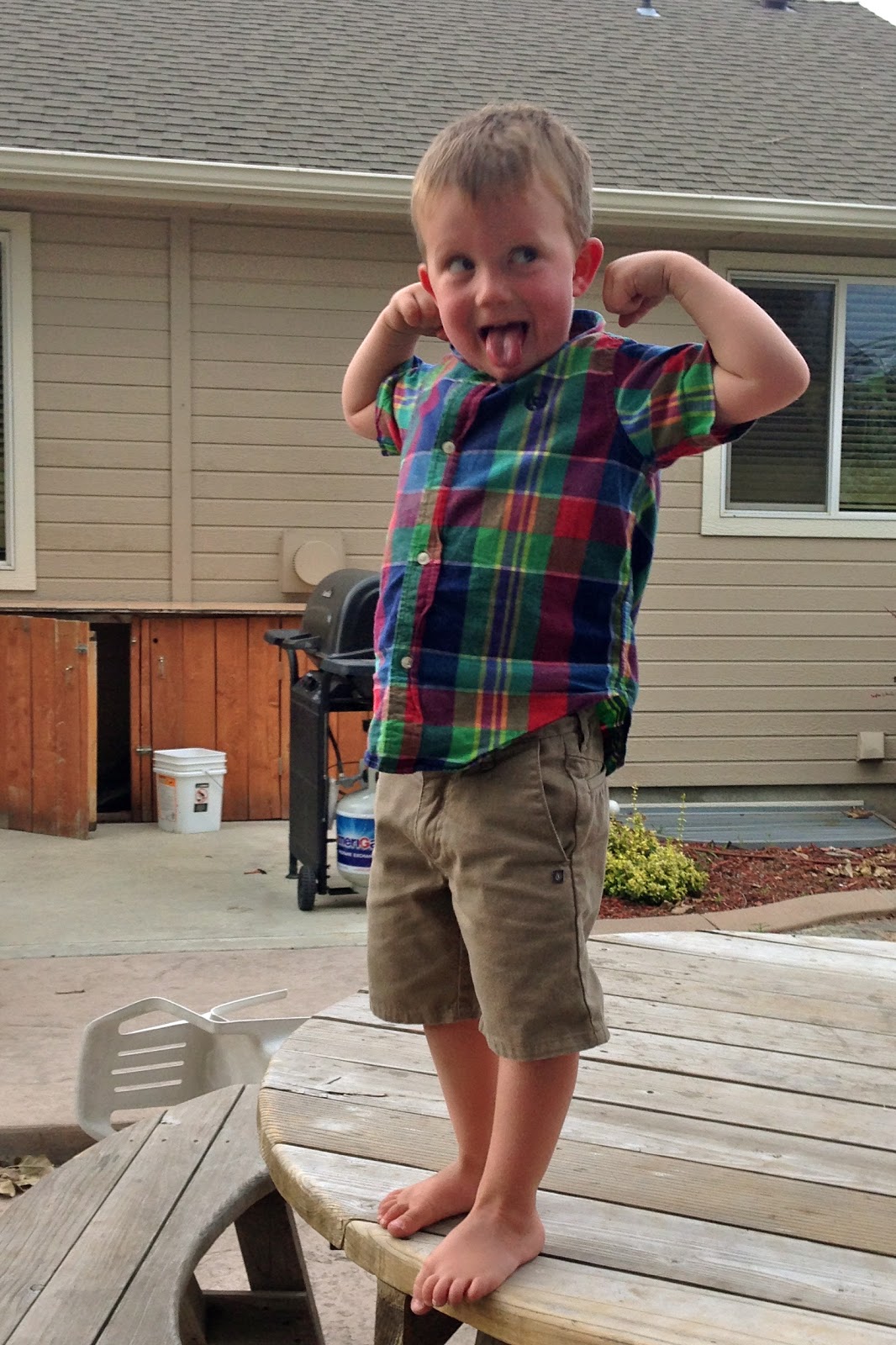 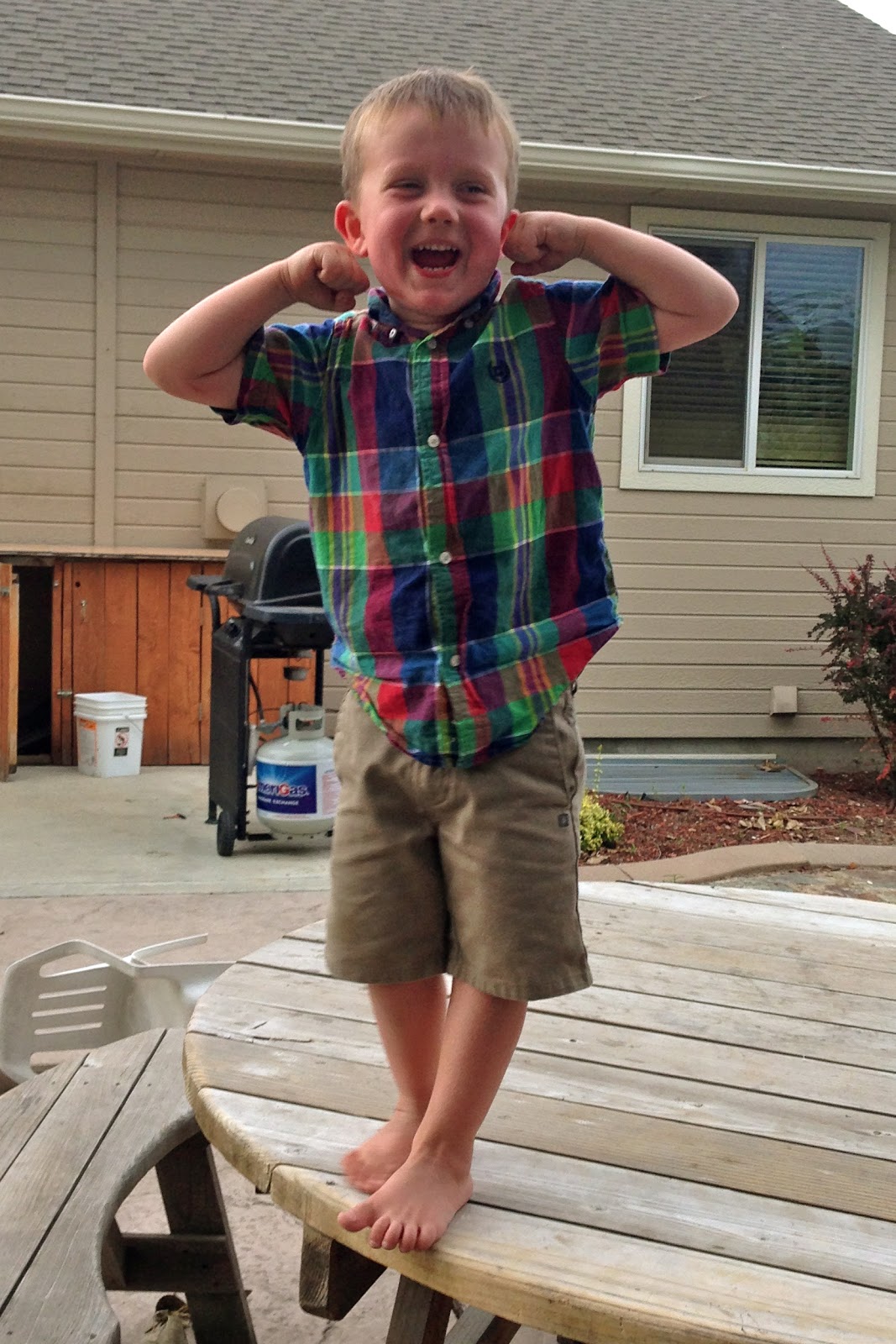 Posted by Amie Orton at 3:36 PM No comments: