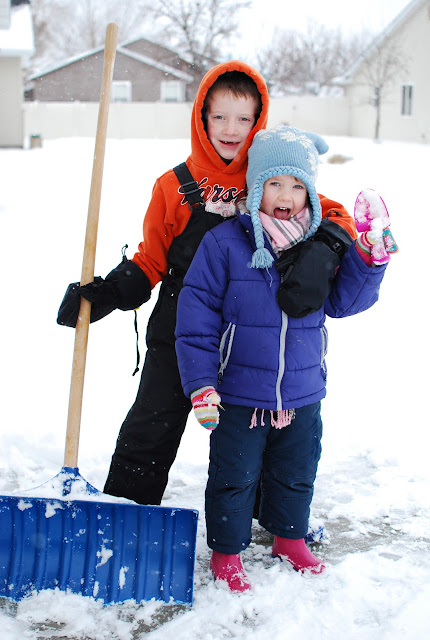 I would like to note that Cache hugged her without any prompt from me.
See? That's
what snow days will do for ya. 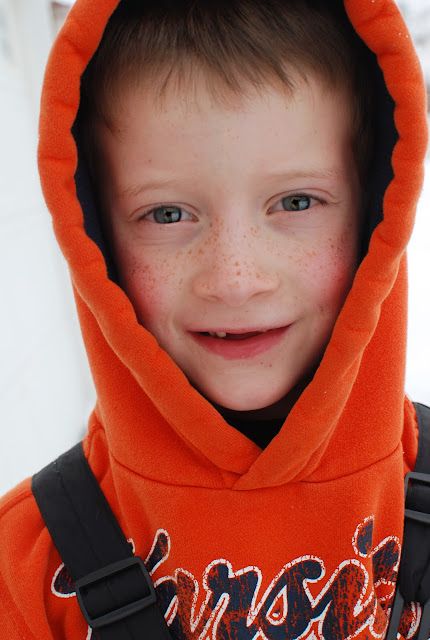 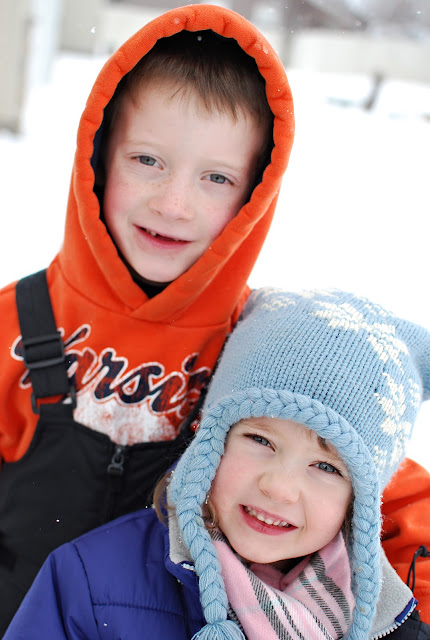 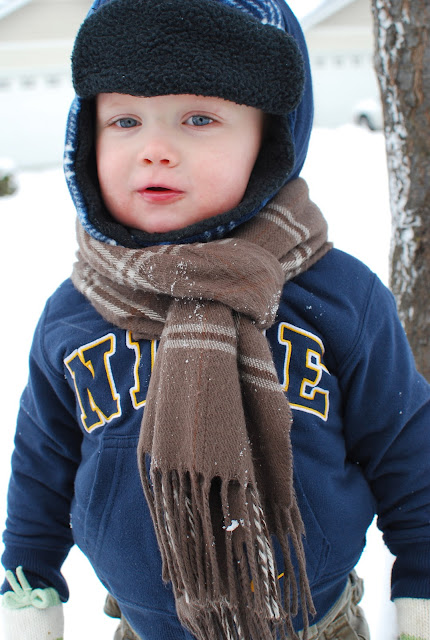 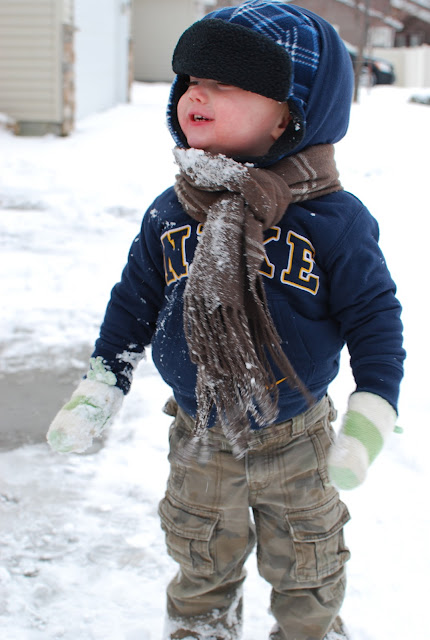 So glad he was napping during most of the other kids snow time because
he would have never come in. Seriously would have turned into a block of ice
and still refused to come in. 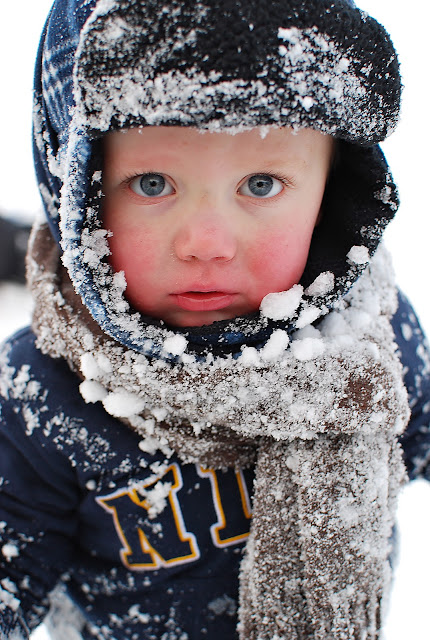 I had to finally grab him, bring him in, strip down and shove clothes in dryer to keep him from fighting  to put them back on.  Made "hot frokit" and let him pick his very own cartoon to watch, which is rare with 2 older siblings!  Dug space heater out of closet, brown fluffy blanket. His entire body was beet red from cold. He didn't even care. Kids are crazy! 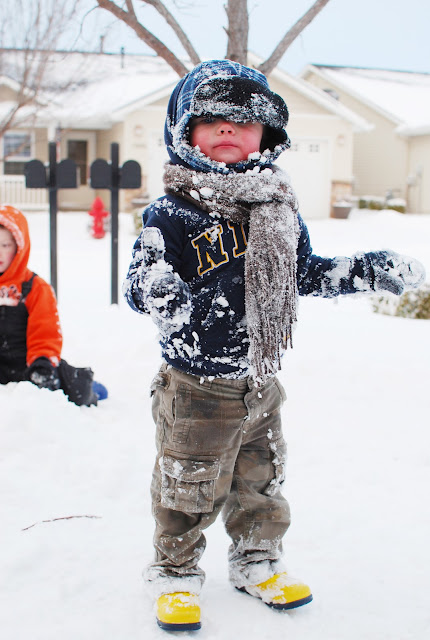 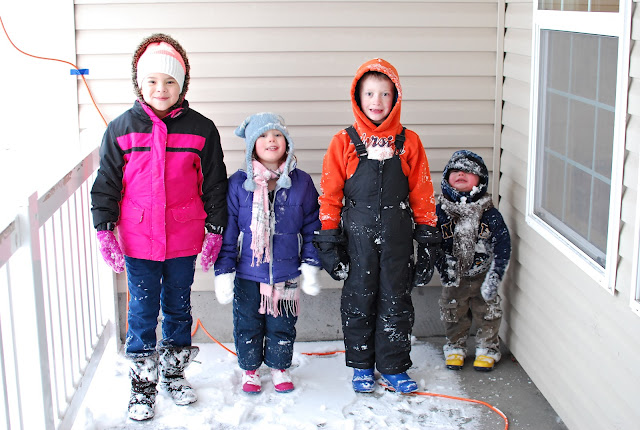 Naomi on the other hand...
Stays out for about um one second. (Long enough to earn hot chocolate.) Comes in, giggles as she undresses,  Cache calls her back, giggles her way back into all her snow gear and goes out for another 1/2 of a minute.   I was surprised when Cache came in without her. I could hear her laughing and talking to who I thought was Sabrina.  Finally after the sun started going down I went and checked on her.... 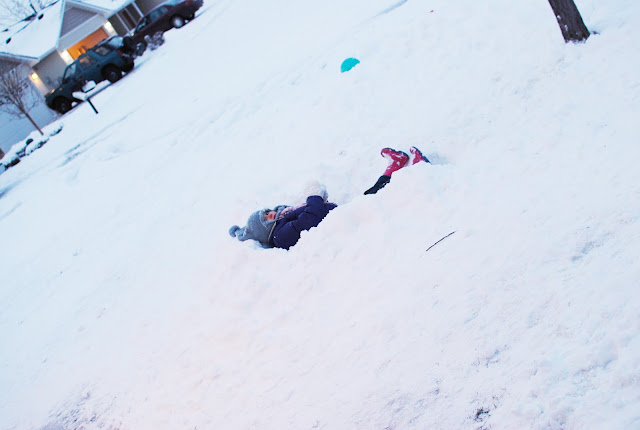 Nope, all by herself the whole time.
Just lounging in the snow fort smiling at the sky.
Come in Naomi!
N: Oh sure! *giggle giggle* Skipped her little self in.
:)

Cute!!!!!!!!!!! Ben is going to lecture me when he sees this, on all the reasons we need to move. But with pictures like this of your kids on a snow day... its actually pretty tempting.

One question!?!? Do they really have snow days in Idaho? I thought you guys were pros with the white stuff!!!!