Cache played soccer this year.
Even though his favorite part was the "blue lightening drink"(Gatorade) they pass out after each game,
He is a great little player.
Emphasis on the little.
We're not trying to push Cache into Soccer early, he just begs to be on a team year round,
since he was 2.
He was so ready to be in a league and in games.
So they let him start early even was a year or three younger than the rest. 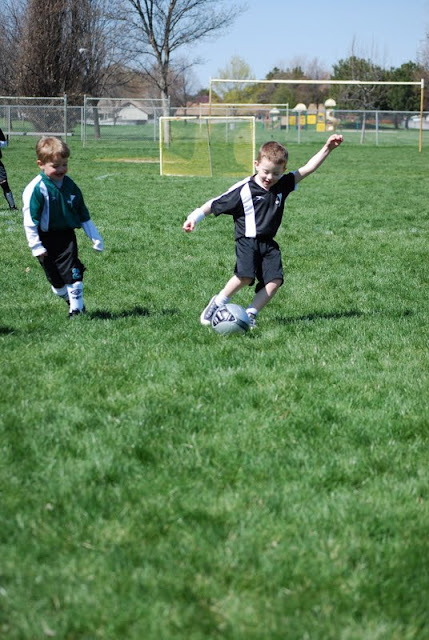 And he did get knocked down a lot. 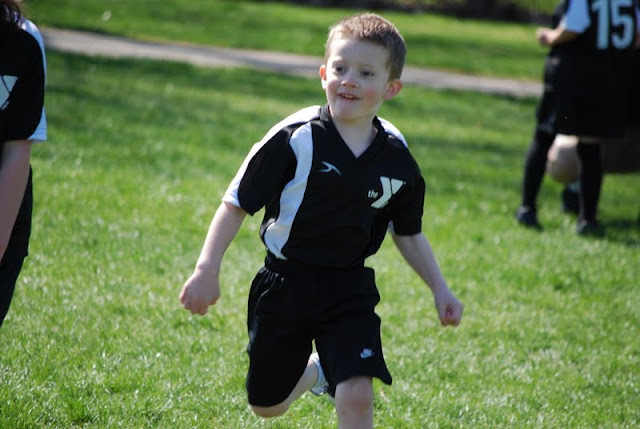 He would just laugh and get back up. 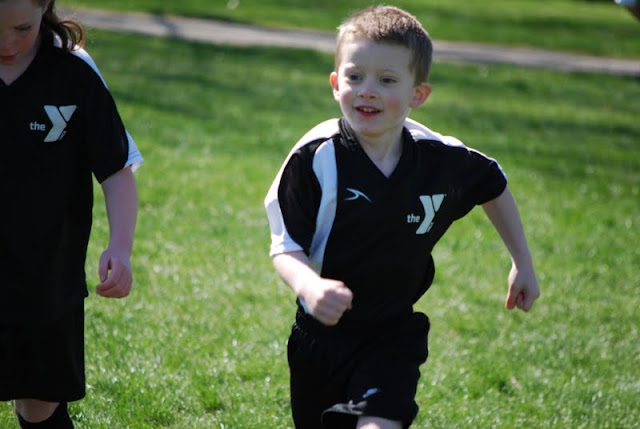 Besides his size,  the only difference between him and the others
was he was having a lot more fun. 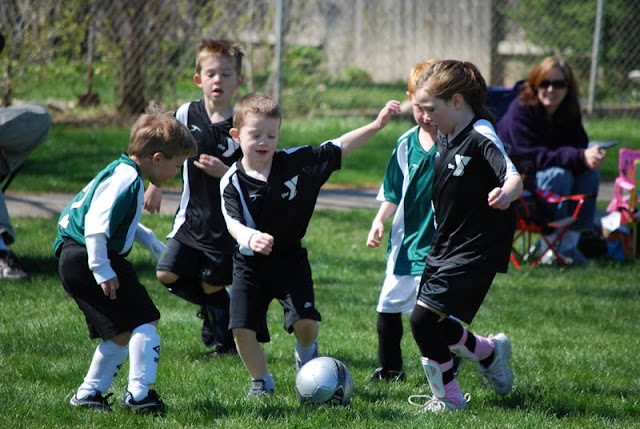 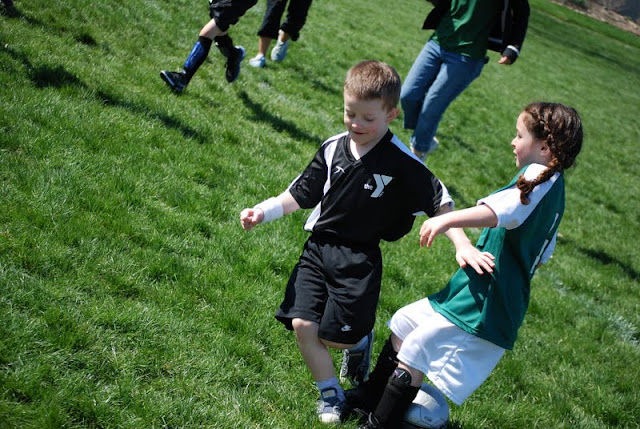 But he looves the game and loooves to run.
And loves it when it's his turn to wear the wrist band. 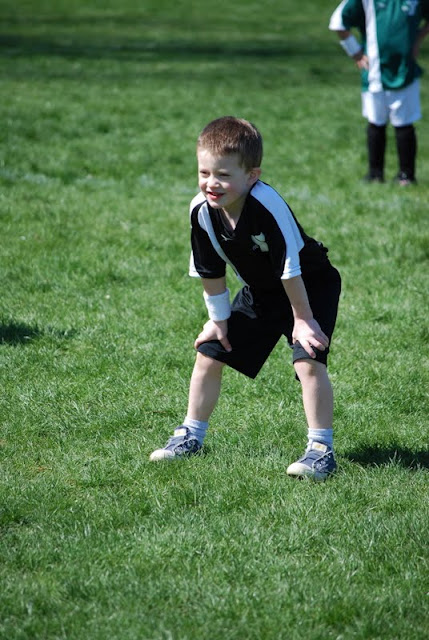 He smiled more than anyone on that field. 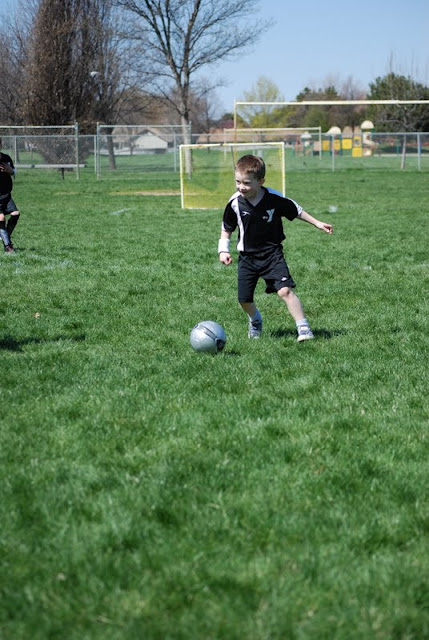 He would giggle from his gut when the other team would score.
And say "doh!" Or "awesome goal." 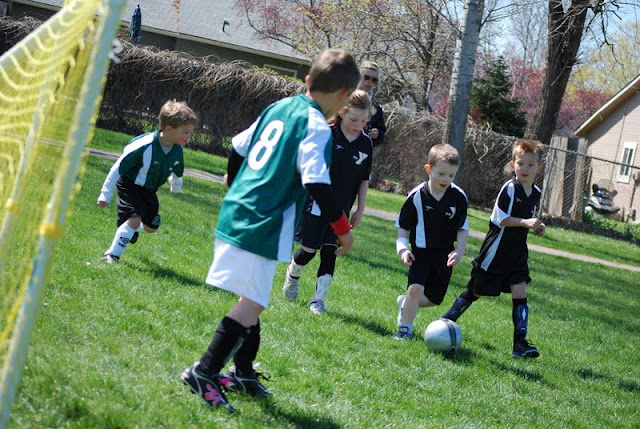 But then he'd take charge and score. 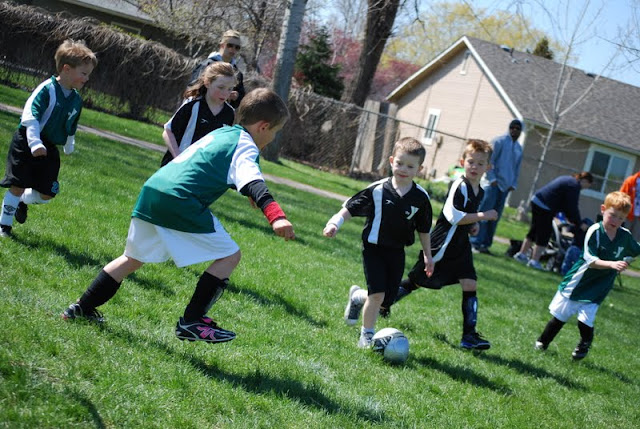 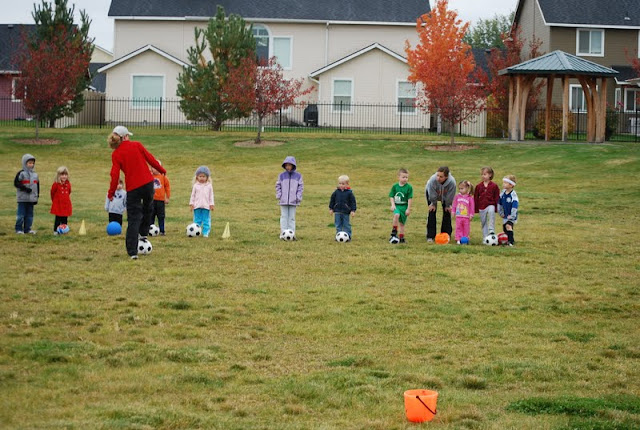 So Cache and Nay got to play with their cousins on Saturdays too. 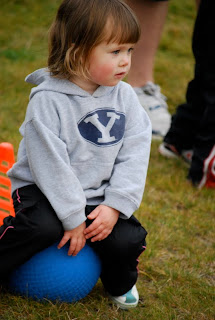 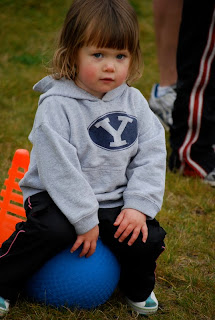 The baby boy cousins watching.
These are Gage's future comrades. 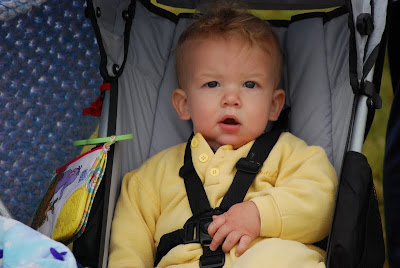 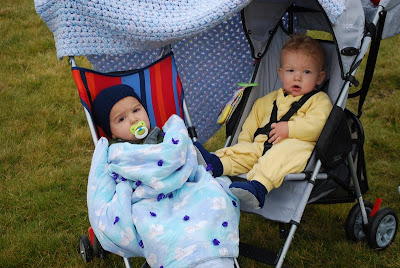 The princess cousins:
They mostly just liked the chairs and water bottles. 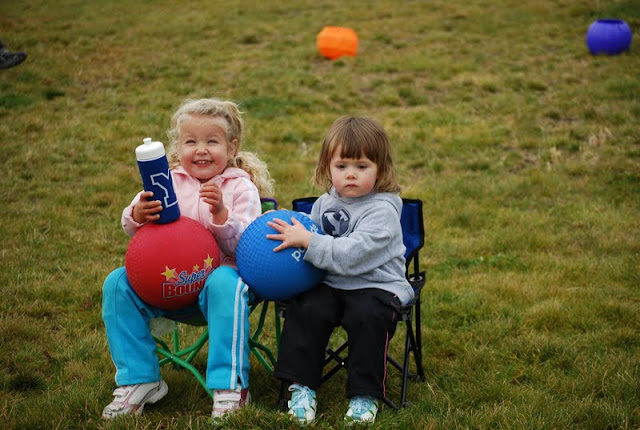 But Cache, Kyle and Noah took it more serious. 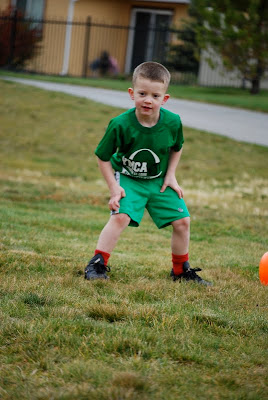 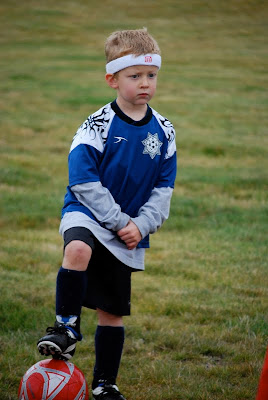 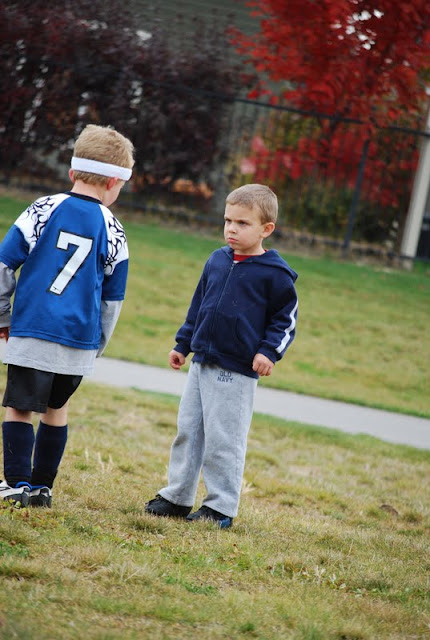 These 3 boys are all within a month or so in age. 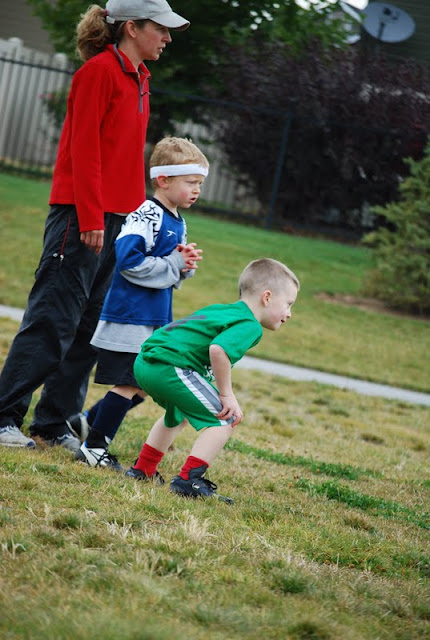 Devin loves being an uncle.
And living by his bro and sis.
He'll do most anything to get them to smile.
Like making Jack give him a noogie. 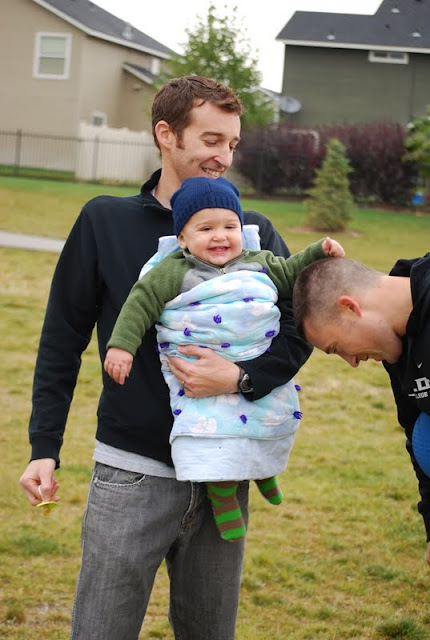 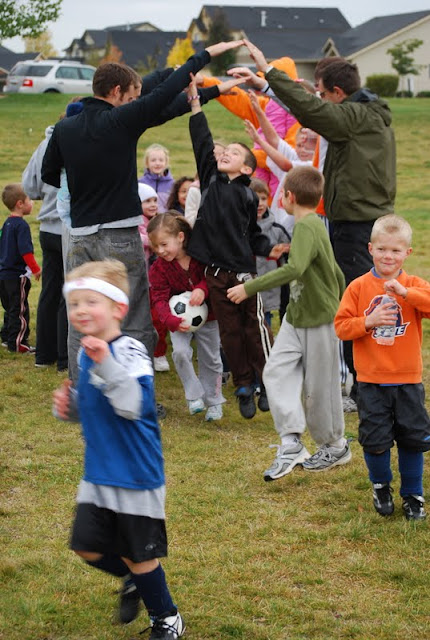 He was little compared to the others! So good he found something he really likes. As always the pictures are amazing!

That's what makes me hope that there are sports in heaven somehow. A lot of the world has made it somewhat of an evil thing with the ego's, the pridefulness, the animosity. But when i see cache just enjoying the running and playing, even complimenting the other team "awesome goal!" that reminds me of what sports were really probably intended for. Just for pure enjoyment and friendly competition. As i get older, i am getting back to this child-like enjoyment. As long as i don't get hurt, i consider it a win :D - And that is a great place to be. I just like being out there and running. I think the Savior was onto something when he asks us to "become as a child"...maybe i should read up a little more on his stuff? LOL - All the best!

Oh how i miss soccer. WE played for 7 years from age 5 to 12. The girls were quite fun to watch and I learned the game as we went since I coached them for those 7 years. So fun to see all of the photos. Can't wait to see you guys next week.

So, as I was reading your blog and looking at your pictures, Asher came and said, "oh, how cute, what is her name"... he was looking at Nay. Is this a match made in Heaven? lol. well, he thinks she is a doll. :)

Cache is a cutie patootie - I miss having him in my class each Sunday!!