Collage of Our Spring time here. 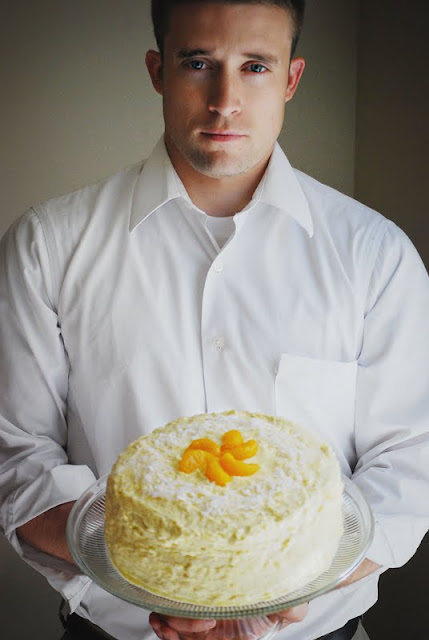 We've had some grrrreat weekends now that it's warming up.
Here is a "Sunshine cake" we made for a dinner party last Sunday.
(other wise known as pineapple-mandarin cake or somethin like that.)
Guaranteed to bring some sunshine to your meal. 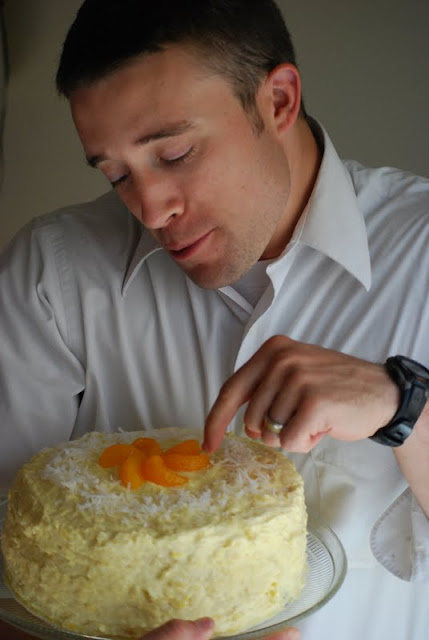 Cache got a new- to- him bike from his Uncle Sam.
He rides his bike for I exaggerate NOT 2-4 hours a day!
I'll only let him go where I can see him constantly in front of my kitchen windows.
So he can only make this tiny circle.
And he will loop it counter clockwise NEVER clockwise, for HOURS.
Had me worried at first.
How can  child go in that small of circle for so long over and over?
Sign of some disorder?
If not it will surley Cause a disorder.
Oh and another quirky part of this is:
He has to have the same clothes ON! (plaid shorts, and plaid shirt)
I thought it would be a fun idea to take a picture of him every day and make a blog post.
But I forgot. Only got 3 days in. (See previous post, same clothes on.) 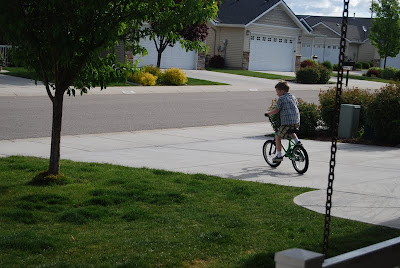 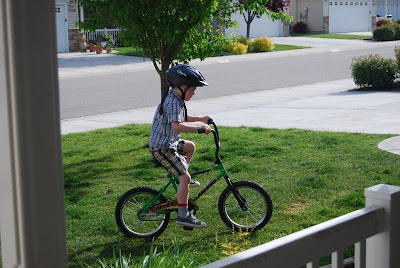 Cache comes out in those clothes each and every morning, and runs straight for the front door.
I had to force him to eat breakfast for a week.  Cache... he doesn't skip meals.
I am pleased  to see him love something so much that is out doors.
So much better than every morning.. Can I watch a movie??
NO.
Why NOOOT?
So we have been trying to show him new places to ride his bike besides that same circle.
We found an AWESOME bike park.
dirt trails and wooden bike ramps.
Bunch of shirtless teenage punks tryin to break their necks.
It was cool though.
And they thought we were awesome with our kids + car seat stroller combo marchin up those hills.
ha!
We tried to get our work out in.
Double tasking is our best parenting strategy. 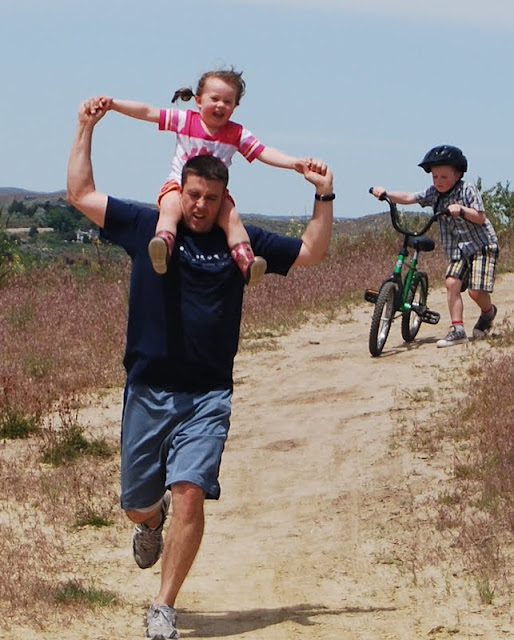 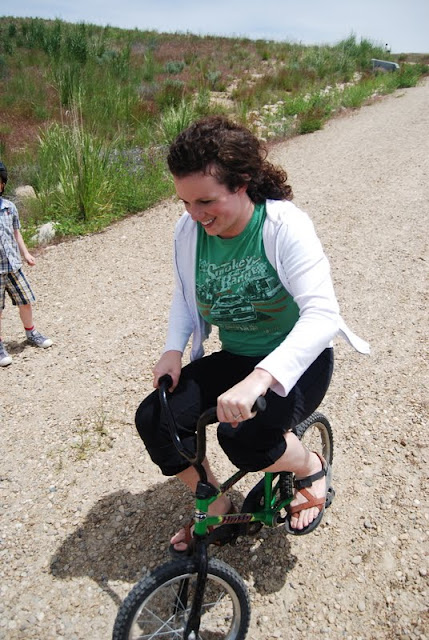 Devin found these cement platforms on top of the hill
I told him I didn't think he could do a 2 footed jump onto it: 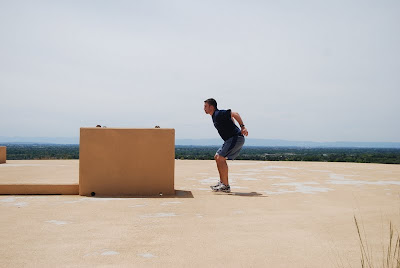 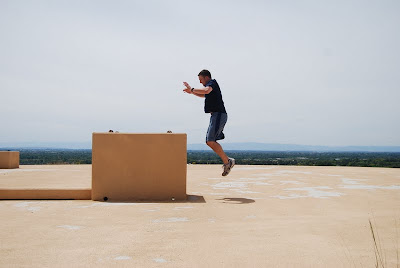 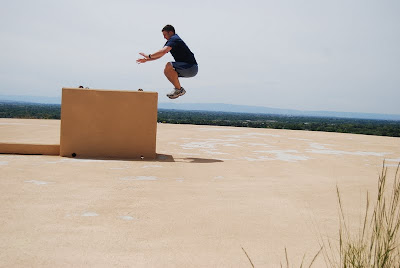 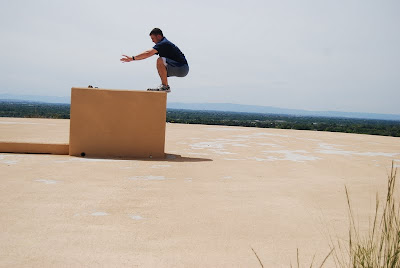 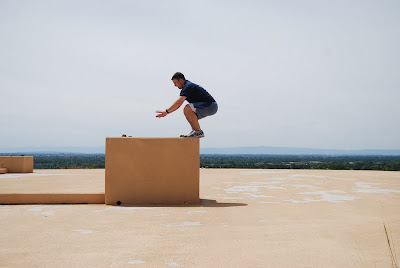 But he could.
Naomi found a "baby."
And even buckled it up in the car and now it's at our house.
It's a rock. 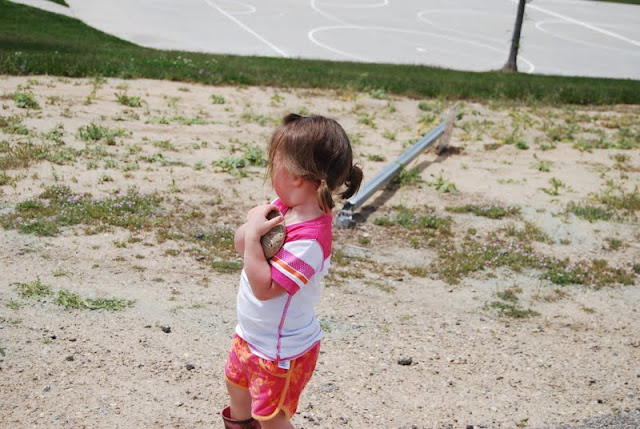 Aaah friends.
Brennan came to town for a chiropractic conference, so we had a BBQ with Nate and April.
People you go through school with... family! 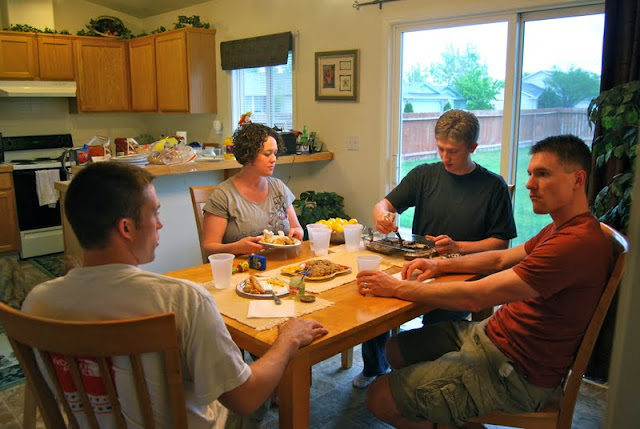 Naomi and Mckay.
Once were in Heaven waiting to come to earth together.
Now they lock themselves in the dog kennel. 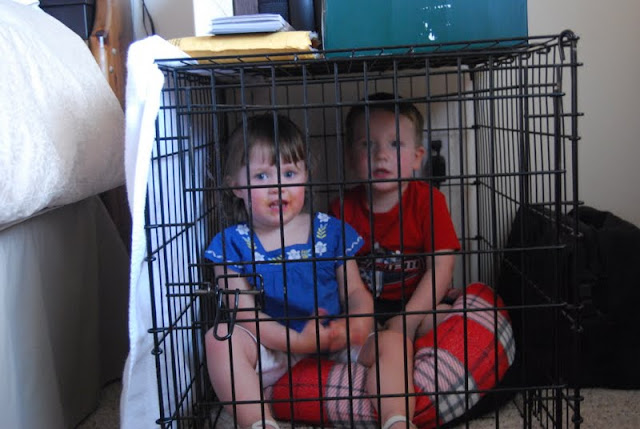 Life is still full of stress but we are trying to enjoy the simple beauties and
small joys that pass us by each day. 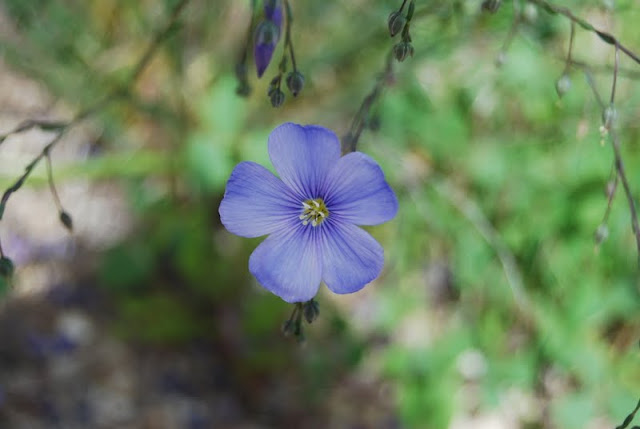 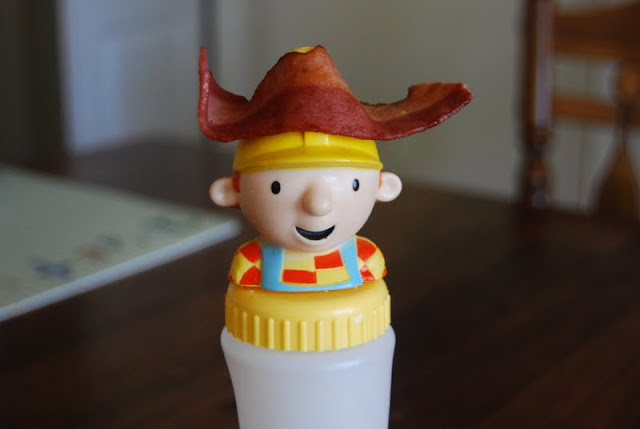 Love this spring.
Posted by Amie Orton at 11:58 PM

So glad you are finding things to do in your new area. It makes a big difference. As always, fun pictures!

I'm sad for my little Danny to grow up but when I read about all the new things Cache enjoys, it makes me excited for Danny to be able to do them too someday. I love Cache!

You make me laugh. You guys are so funny. I love the cake picture of Devin. Ya gotta post the recipe!

Hi Aime, you don't know me but we are family. :) I happened upon your blog from Natalie's. I don't know you but you made me laugh. So thanks! (I'm one of your dad's cousins on the Price side, Uncle Lloyd's daughter.) I hope you don't mind if I visit again!

Sweet hops, Devin! Amie.. I probably say this in every one of my comments, but your posts are my favorite. I love your photos, your kids, and the way you view your life. You make me smile and laugh. And you make me wish I lived next door to you. We would have such fun :)