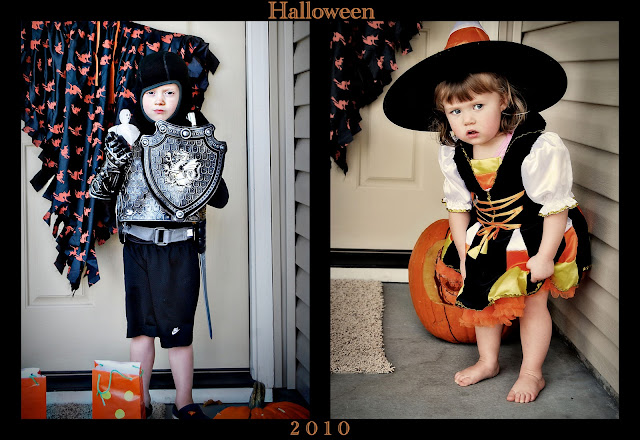 So here's the lowdown on
Halloween 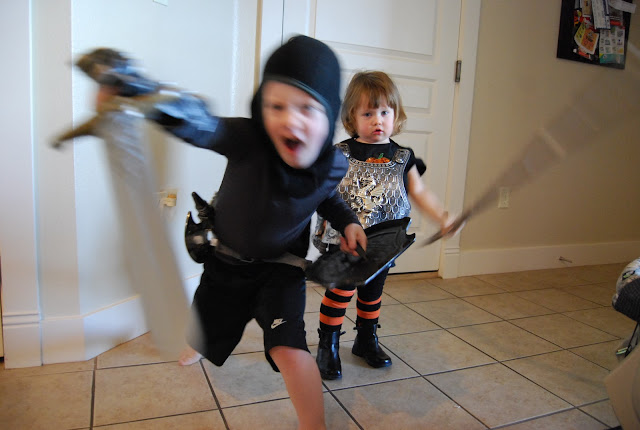 Naomi never did put her full costume all at once.
"it itchy."
or
"No it ticko me."
This is her after I tried to stick it on her anyway...  Mean mommy.
I did not suceed.
I knew I wouldn't.
She is my daughter after all :)
But I had to try. 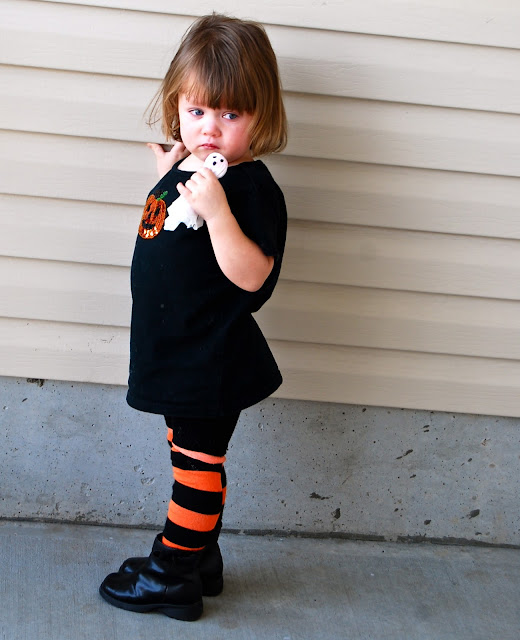 That's okay because Cache dubbed her a knight.
She liked that better. 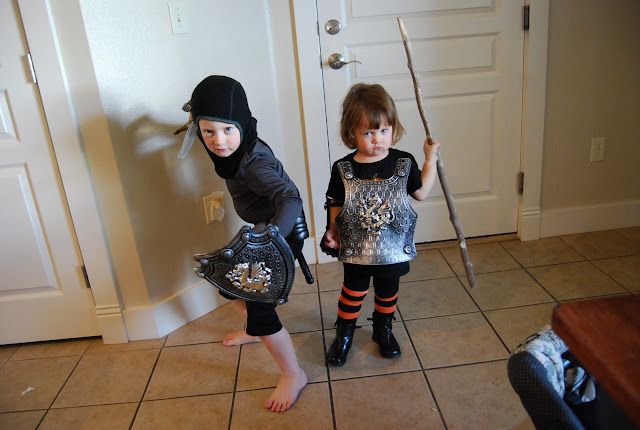 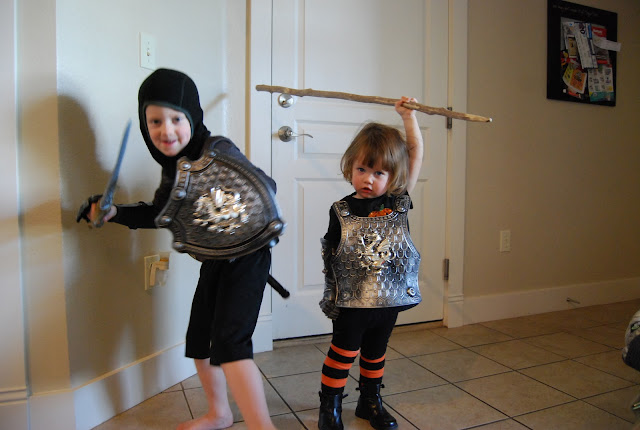 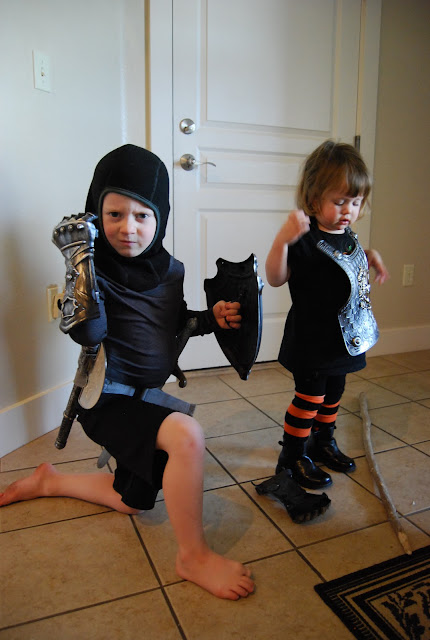 Did you know Knights wore shorts?
Cache informed me that only the best, specialist kind of knights wear shorts.
Helps them run faster.
*** 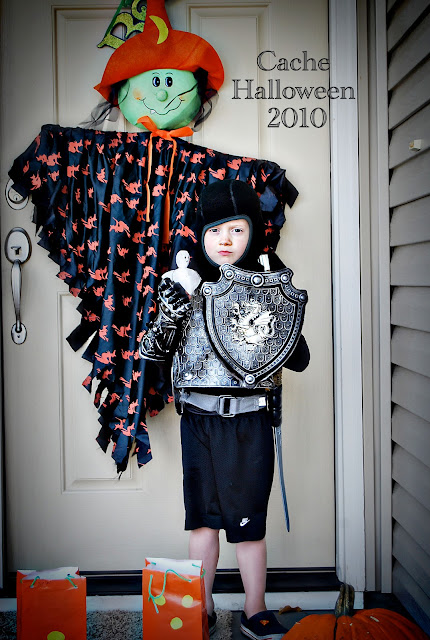 When all the shenanigans were over we finally made it to the Halloween pre-school party
So fun.
Lots of ghosty games and songs, cookie decorating, other crafts and ended with a Halloween parade of
costumes. Here are the kids at the beginning of the parade. 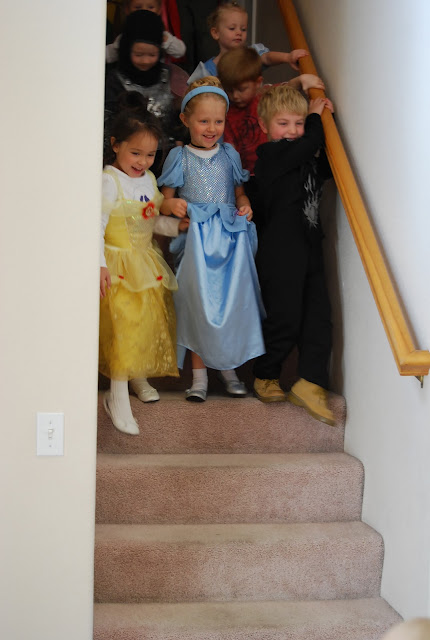 That's my friend Bri the spider.
She so crazy. 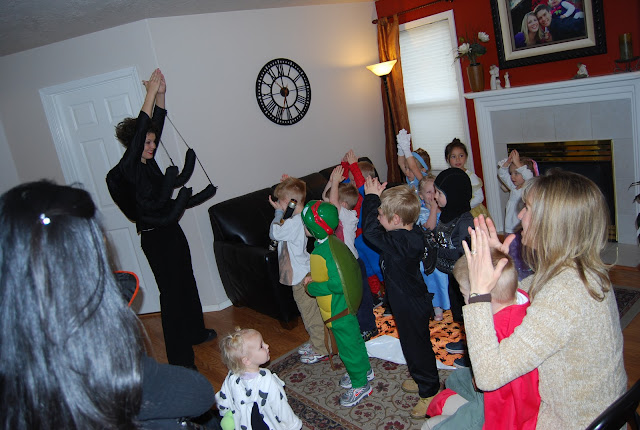 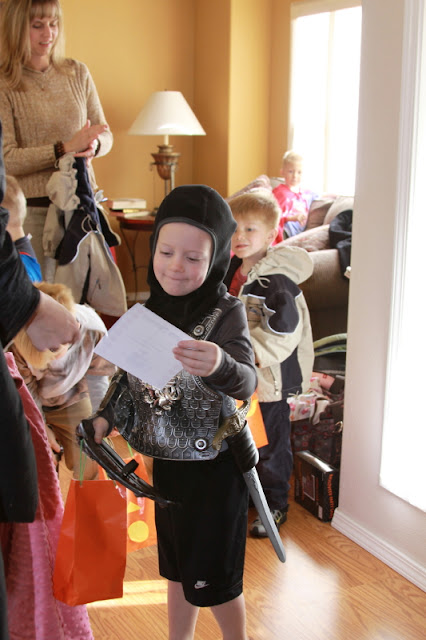 Gage dressed as a chubby Giraffe.
I dressed as Chubby.
Excuse me double chin. 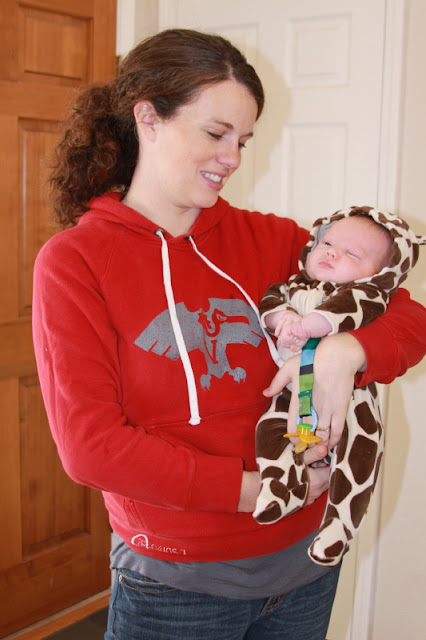 Then we went to Oregon.
We all attended the Halloween party at the old folks home.
Where Devin's dad was the entertainment: 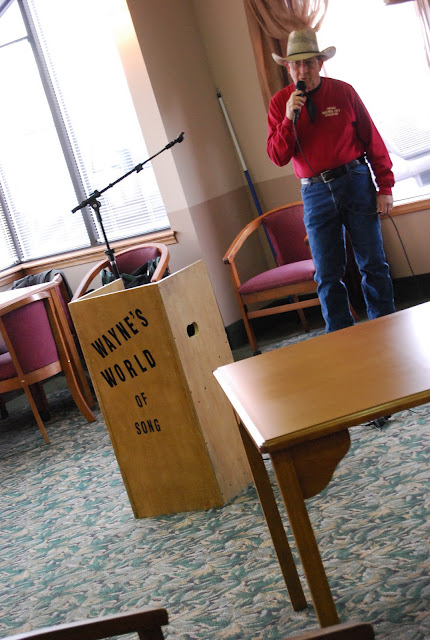 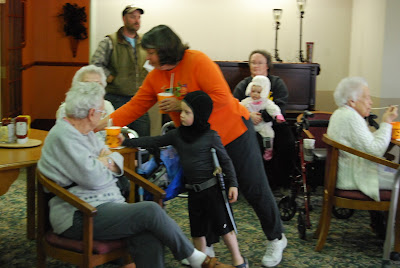 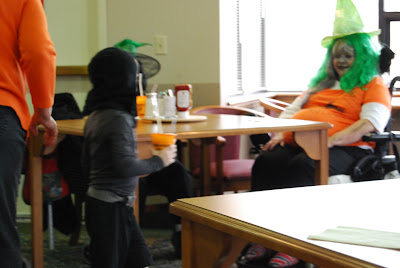 Naomi danced the afternoon away to Grandpa's music and then
crashed right in front of everyone...
IN yet another costume that was NOT hers. 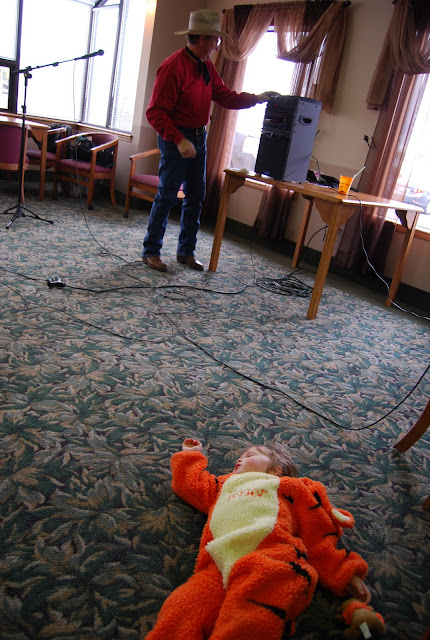 Good thing I got a picture of her weeks ago with at least half of the costume on... 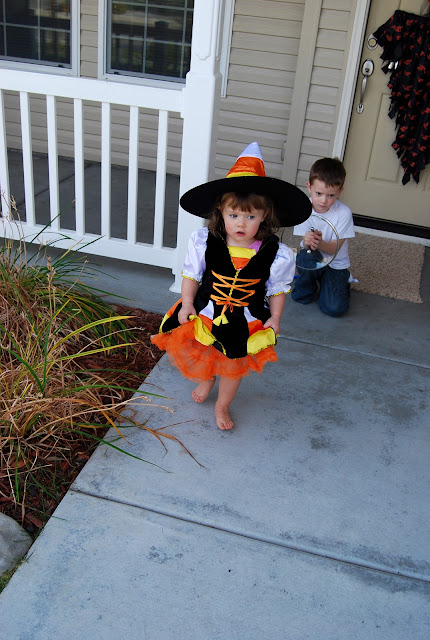 Wouldn't this have been so cute with her boots and striped stockings and hair fixed?
Next year, we will try again.
It is a little big anyway. 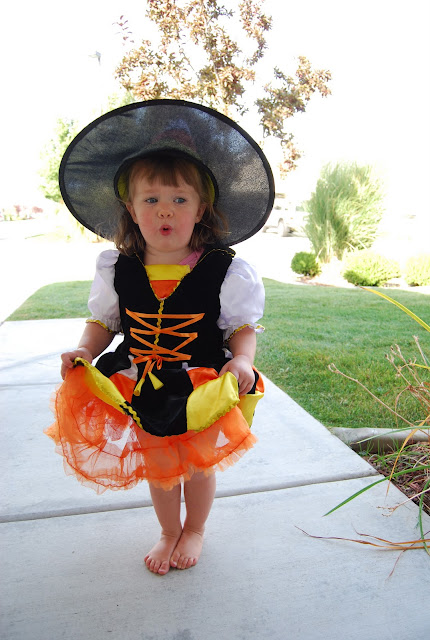 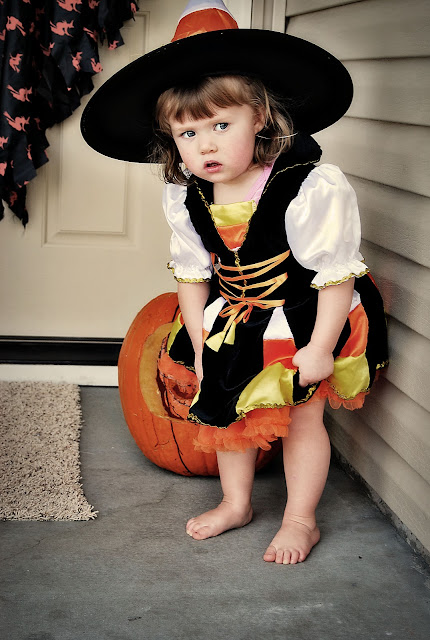 Halloween night we got home from oregon too late and missed the trick or treaters.
We were all disappointed so Devin snuck out of the house with all the Candy and rang the doorbell.
The kids answered and then Devin said trick or treat and then gave THEM candy...
A little backwards but it made them happy.
Devin doesn't tolerate disappointment.
So that's the lowdown on Halloween.
***
We actually went to Oregon for a very special weekend that had nothing to do with Halloween.
I'll post about that soon.
Posted by Amie Orton at 1:36 PM

I love the knight costume! And that witch outfit is so cute! She looks adorable even if it isn't the full thing. Love it!

Man, for having 3 kids, you are like the most amazing blogger in the universe! You are so on the ball Amie. And you are so not dressed as chubby! you look so good. Megan and I were just talking the other day about how beautiful you always are. I seriously wished I looked that good in a sweatshirt with my hair pulled back! PS did you hear we will be coming to OR for Christmas afterall! See you in 7 weeks!!

Amie, your family is so cute. Your little Gage is adorable. It is no wonder that they are so cute with such a beauty for their mother. I love reading about your fun family.

You obviously do not know what a double chin is. I'll show you if we ever bump into each other in Oregon. I had to comments because Naomi's outfit is so awesome!!! And a knight in shorts does make a lot of sense. What a smart child.

Love the post and love that Naomi would have nothing to do with her costume, isn't that how it always is. The pictures you do have are adorable. You look fabulous Amie, can't wait to meet that sweet little one. We may be coming to Oregon Thanksgiving, weather permitting. Where will you guys be?

Amie, we are hopefully coming for both Thanksgiving and Christmas a double hitter this year. It will be fun to see everyone at Christmas time minus Ashley but we are hoping to see her @ THanksgiving before she heads off to Arizona. I so love seeing you all on the holidays and pretending I'm young.

Cute pictures Amie! I love Gage's little costume.
Natalie, I'm so excited you might be in Oregon for Christmas!