While most of you families are enjoying a pot roast and visiting on Sunday afternoons, we prefer to keep our Sunday's a little fancier. They usually go something like, LOOOONG nap right after church followed by a 3 course meal.
First course: smoothies
second course: frozen fish sticks
3rd course: candy corn
Don't feel bad if your family isn't as fancy as ours.
We've set a high standard to live up to. 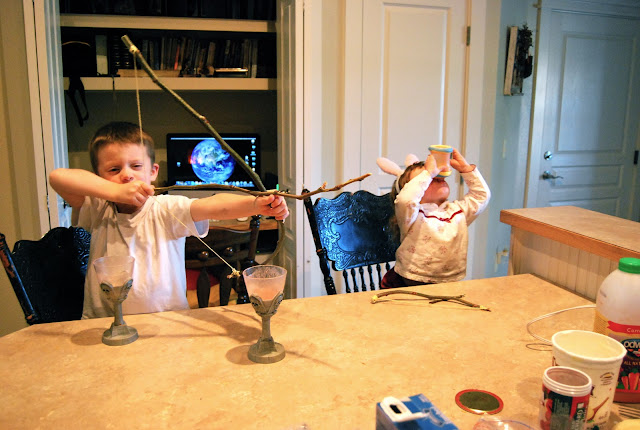 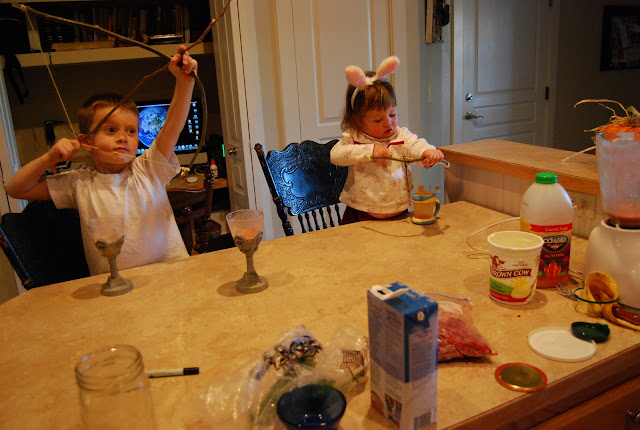 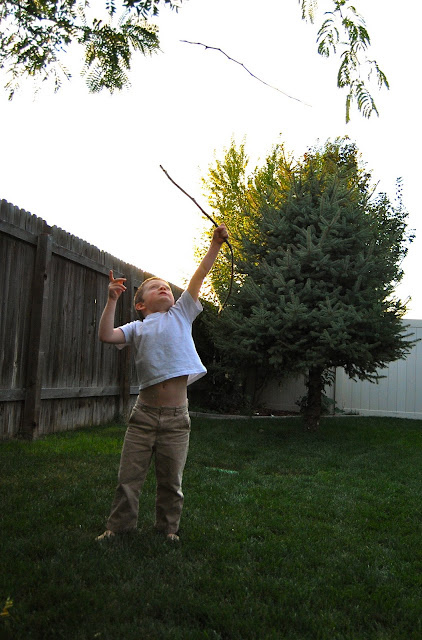 Tangent: Cache has been wearing 3T/4T for years because he had such a big baby belly.  So as his belly shrunk even though he got taller, his clothes still fit... but now he is still getting taller... and well the this picture shows just how small his clothes are getting...

But something I'm learning about men...
They are creatures of habit.

Especially when it comes to clothes.  So since Cache has been wearing the same outfits for at least 2  years, getting him to wear new clothes well... it's kinda like introducing a new vegetable, you have to suggest  it about 10 times before you get frustrated and try to force him, bribe him, then give up and he comes out wearing it one random day...

He thinks all of them are "dus too big." Too big to Cache are if his shirt goes past the top button on his pants and he prefers his pants to be high waters, well he prefers shorts but if pants are a must then high-waters are the preference.

Anywho that is my excuse for him showing his mid rift in all this pictures. 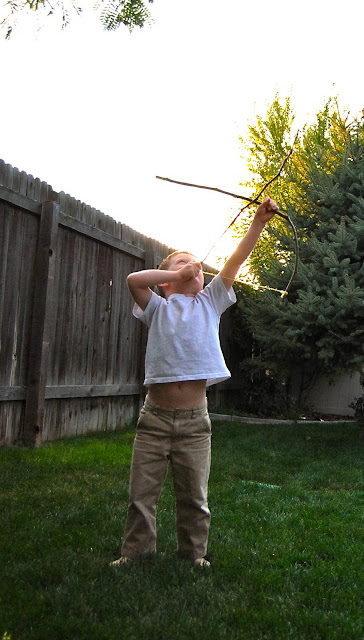 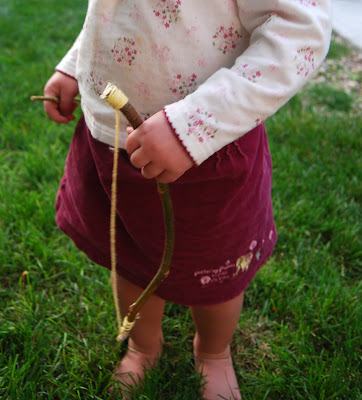 Devin is such a cute daddy and made these bows and arrows for them on Saturday while me and the baby slept
Gage and I party all night and sleep all day.
We are such rebels. 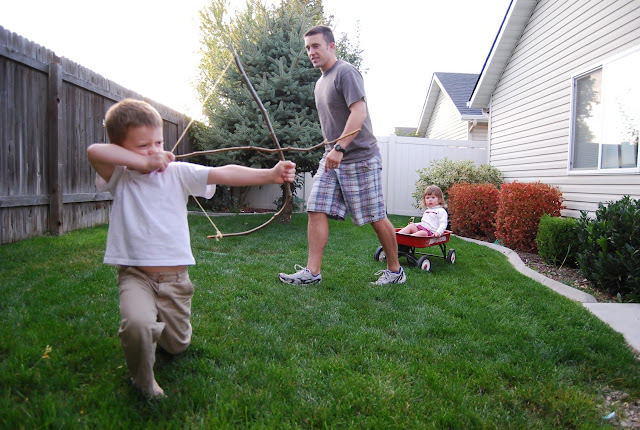 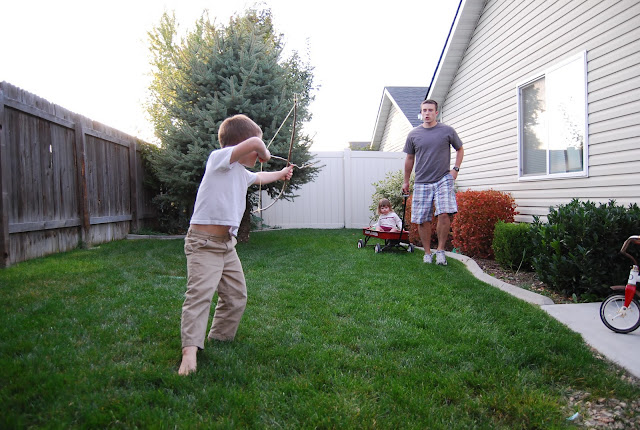 Push ups are punishment for pointing  your weapon at the King. 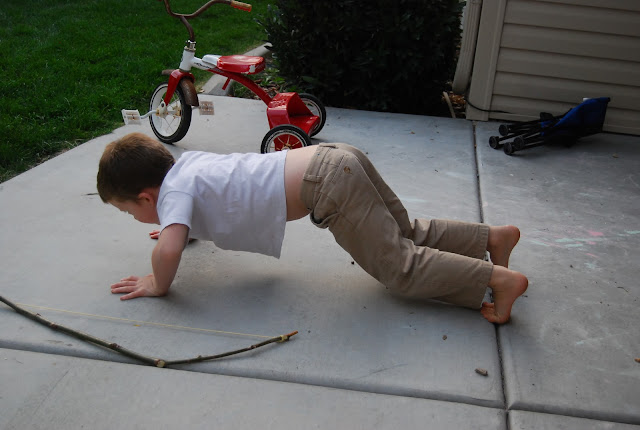 Naomi heard "a sound mom."  That is what she is saying.
She gets really excited at the sounds of trains or plains or doggies or garbage trucks ect ect.
blurry but I love this picture. 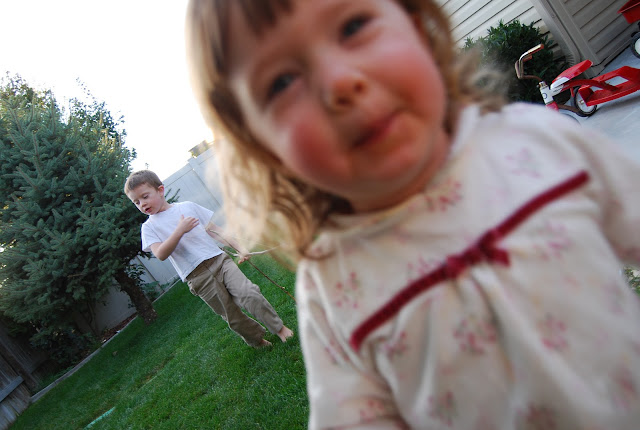 Then we light pumpkins and go to bed.
Devin and Cache carved a skeleton, the girl team we carved a kitty... 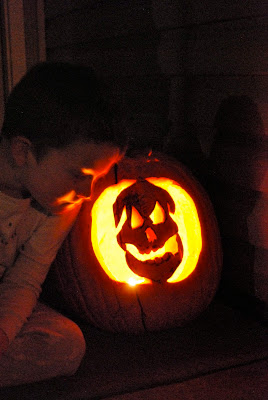 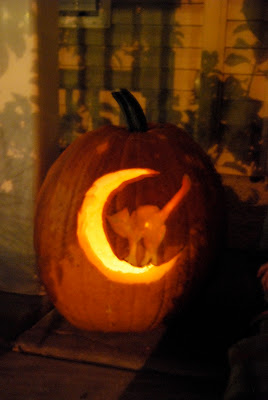 That's a Sunday at our house.
Posted by Amie Orton at 6:57 PM

Can I come to your house next Sunday? : )

Cache has awesome form with his bow!