(for those of you who are curious, this trip consisted of Devin's parents plus their 6 grown children and their spouses and children)

We're back! Our little family got up at 5am to catch our flight, originally feeling sorry for ourselves that we didn't get to spend the rest of the day with the family who was flying out all together Sunday afternoon, but we ended up really being the lucky ones. Our flight left just as the snow storms were rolling in, so we were home napping by noon, while the rest of the family made it to Chicago, and rerouted to all over the country, California, Minnesota and are still there 36 hours later! Poor Grandma and Grandpa got the worst end of the deal, staying in the airport over night because there wasn't enough room in the hotel shuttle so they spent rhe night in the airport and then not enough room on the next morning flight outta there. Pat and Karli rented a car and are driving nine hours home from California.. and I think Darin and Laura are still in Minnesota....I feel for you guys.
Well it was truly the trip of a lifetime and because there is so much to post, I will try to do one day of the trip per day this week. So lets start with Monday!

Monday: The entire day was spent with everyone flying into Baltimore, getting settled into our Hotel and waiting for cousins to show up. 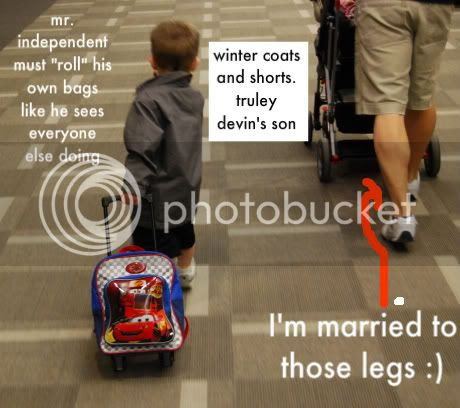 A LOT of preparations went into this trip. Aunt Karli made us all matching sweatshirts and all 16 grand kids got a bag filled with goodies and their names embroidered on them. 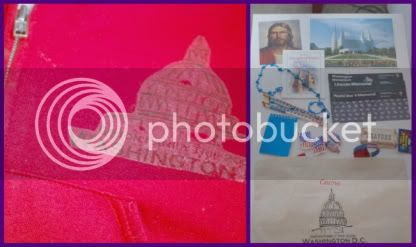 Our Hotel was beautiful, and although Janie kept apologizing all week for giving us only one bed (and two cribs), there could have been ten beds in that room but by morning it still would've resulted in this: 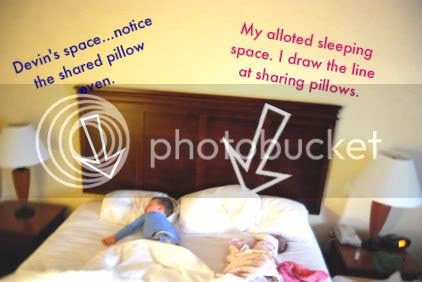 Devin even moved to the couch one night but Cache awoke to find him missing and joined Devin on the couch, so Devin gave up and figured at least in the bed he wouldn't have Cache laying ON TOP of him. We were just so grateful for a kingsize bed 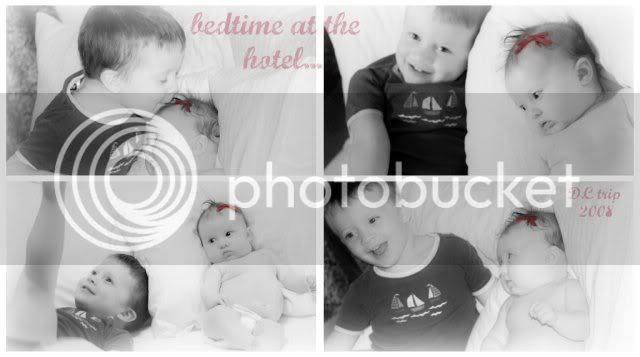 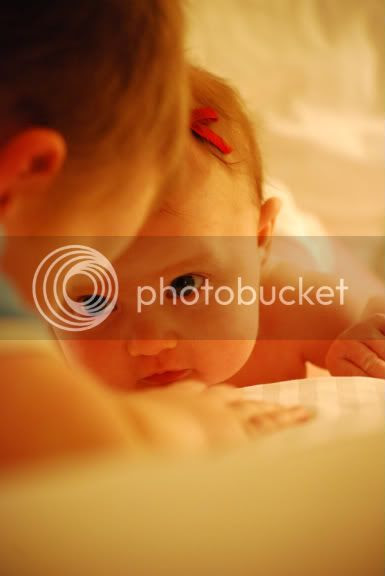 **i'm kinda proud of this picture because
i didn't have to edit it at all!**
Posted by Amie Orton at 6:56 AM

First of all... Cache and Naomi are TWINS!!!!!!!! They look do much alike to me! Looks like you guys had so much fun on your trip. I would love to do that some day when all the SPratlings are married with kiddos! And that post about Devin is so sweet. He really is all that you say he is. Ben is always saying how Devin is one his greatest examples. We love you Devin. Happy B-day!

So jealous! That is one place we want to take the fam. Love the photos can't wait to see you guys and the kiddos in a few weeks.

Amie...it's Afton. I heard you had a blog and I was so happy to find it. It's fun to see what you are up to. You look so happy and it's very good to see that. I didn't know you had another baby. Congrats! She's beautiful. Well, I hope we can keep in touch through our blogs. My blog is madowns.blogspot.com

Hi Amie! I'm so glad you found our blog. Your kids are darling, it's fun having a boy and girl, huh? It looks like you guys are doing well. You are quite the photographer, your pictures are amazing! I'm glad we can keep in touch now, aren't blogs great that way?

Hey Amie, so I love love love all of your pictures, I wish you could take our family ones..er, I mean the kids pictures, not pictures of me and my double chin:) So I got a camera like yours..I think. I am a little overwhelmed and want to know where you learned how to use yours so well, I am reading the instruction manual but i wanted to see if you have any other good information tips. so I wish we could hang out so bad, i'm having a little cabin fever with a new baby and sick kids....soo hugs! I need to call you when I get a minute without my kids yelling in my ears. hehe.

I am glad you found us! Your family is adorable! Whose blog did you find me on? I know your sister's old roommate Bethany. She moved into my old ward.