These guys put us through the ringer last night. 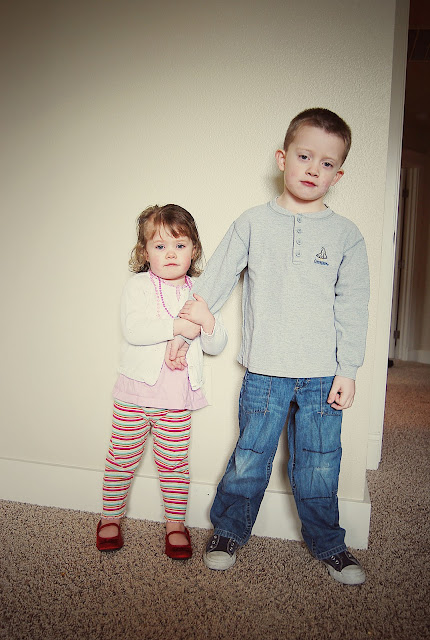 One  of those, "Could this be any crazier?" nights.
All 3 up several(or several 100) times. Devin and I stumbling over things switching babies because one wanted Dad and the other needed Mom. Playing ring around the bedsies.
Probably a very normal occurance for everyone with children.
Still, Nuts I tell you.
Plus everytime I fell asleep I dreamed I was trapped in a storm climbing Mt. Everest.
I've been a little obsessed with watching all Mt. Everest documenteries I can find lately.

We didn't even talk about it this morning. We just met in the kitchen this morning holding children, and shook our heads, like: "WHHAT was that?"   No point in reliving it.
Devin made eggs and we just talked about our favorite episodes on America's funny home videos. (Cache's favorite show besides wipe out.) Some of us were a little delirious with laughter.
During which time Naomi squished up her egg yolk.
Put it in her cup.
Gave it a good spit and stir.
Then poured it into my glass when I wasn't looking.
Nice.
By 9 this morning, I had given Naomi 2 baths AND a shower, okay she bathed and showered herself, AND flooded the entire bathroom while she was at it. But I bathed both boys, cleaned up broken glass, vacuumed up a whole spilled container of baby powder etc etc. Washed every towel in the house. Yah it was just as nuts. Then we had to go to the doctor because these two have pink-eye, stink eye. Tired and late I jokingly commanded:"You two get dressed and come in my room when yor ready!"
Well they did just that.
What?
I was so impressed I took pictures of them. 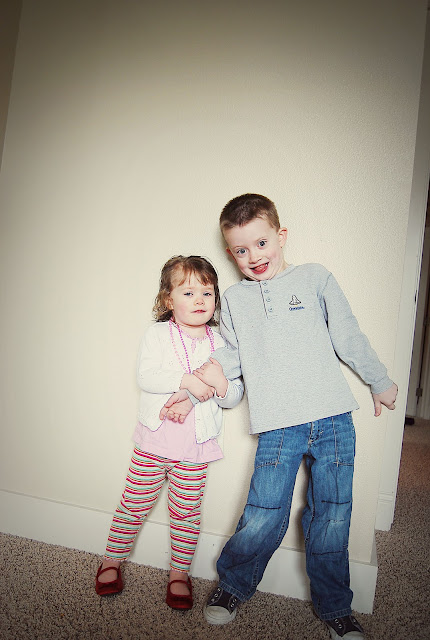 I don't think the nurses believed that they were sick
as they went hopping through the whole office on one foot. 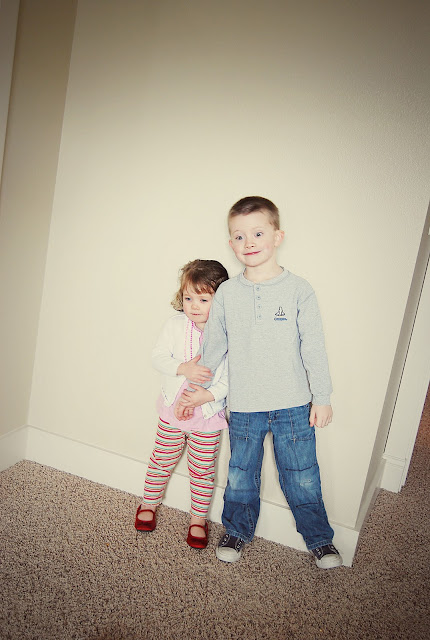 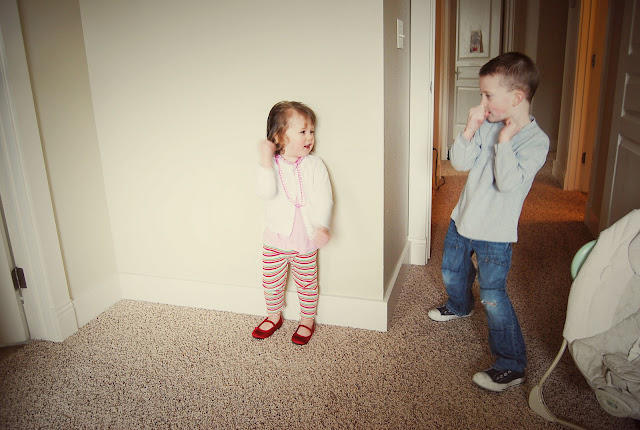 Cache still wants to move to China when he grows up.
Ninja training of course.
And "make good friends." 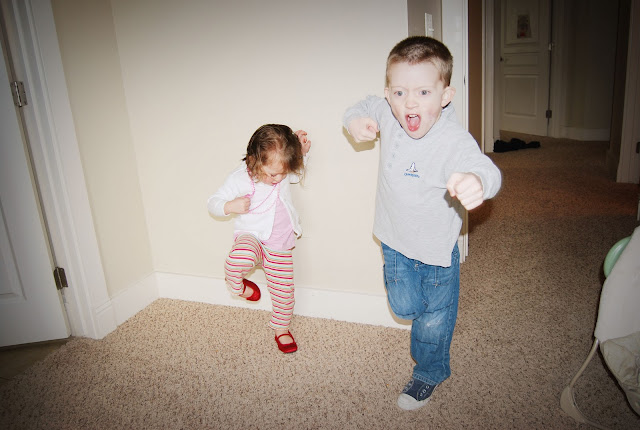 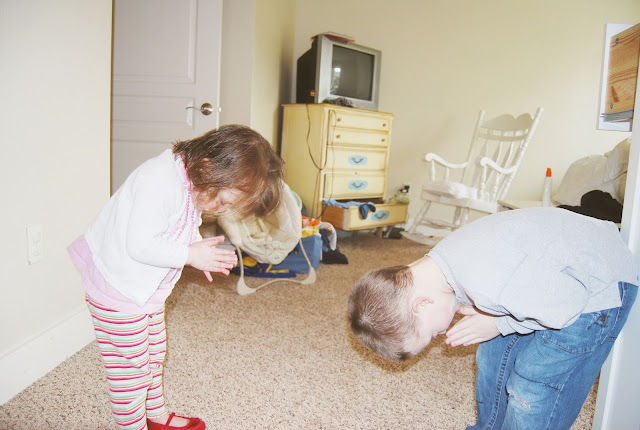 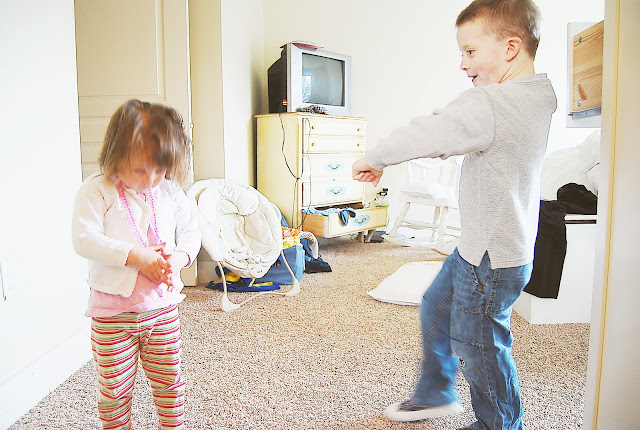 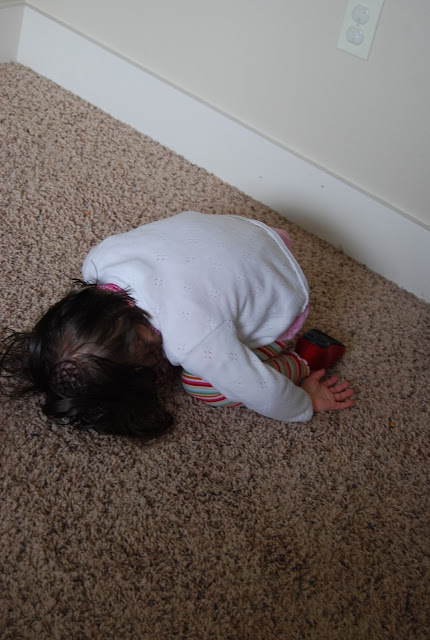 but not for long. 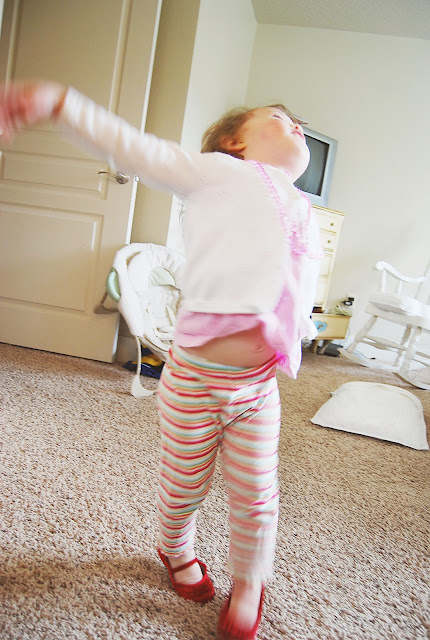 She even accessorised herself today.
For a girl who never even wears clothes,
prity good, prity good. 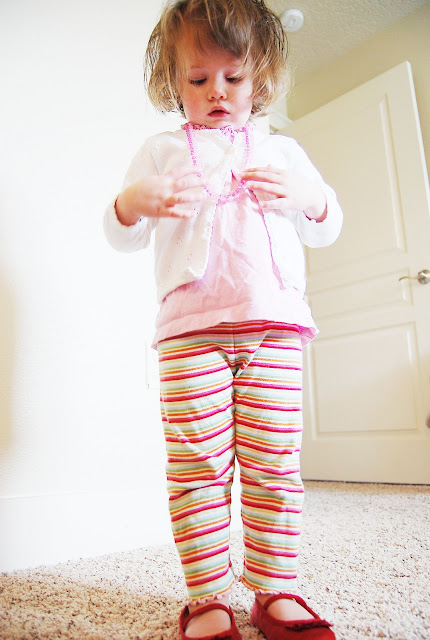 Fight over.
Excuse the messsy room. 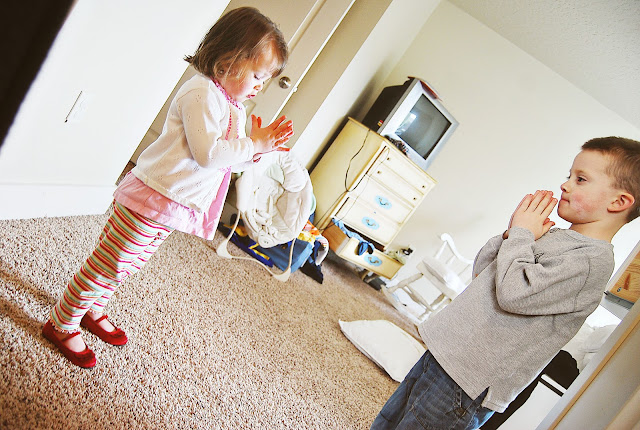 * * *
Not to be left out, this Guy turned 6 months old Monday.
Not quite eating food yet.
Nicknames: Gage-LOUIE(said in a New York accent), Louis! (in the same accent)
Googe, and Gus Gus.
Solid 20 lbs.
Still sweet as ever. 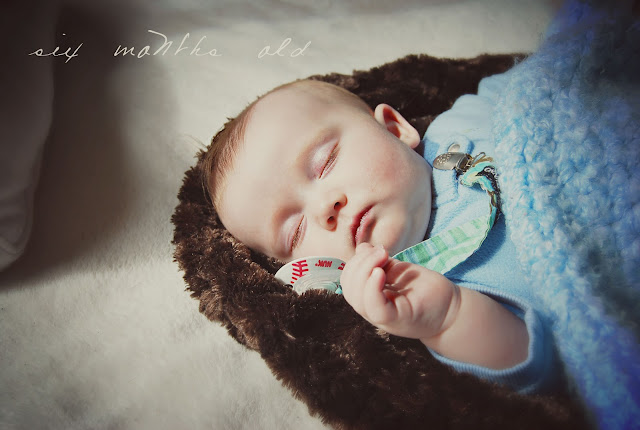 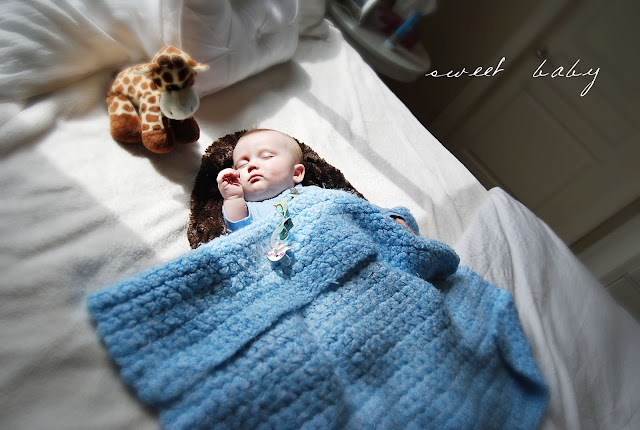 But I have an inkling he is just biding his time..
till he can do ninja training too.
Posted by Amie Orton at 5:13 PM

cutest blog post ever! i cracked up seeing them bowing to each other. and what a sweet picture of gage on the bed with the light and shadows. good job!

They're getting so big- too cute!

Those photos are awesome! And Gage is so adorable!

AHHHHHHH! Something was in the air last night!I had a terrible night with Danny too, but I'm not even going to talk about it.
I love the pictures.

PS. You make a great Emma

Ohhhhh! I love these posts, it makes me so happy! Not that you aren't getting sleep but that they have such good parents! Love the bows and personalities!!! So cute!

It's good to know someone else has days like these! Sorry, Amie...it's not fun.

You guys are so cute! Please come visit us so Cache can train Addie to be a ninja, too. I think she would like that. (And so would I.)

I'm laughing and crying at the same time.

Cute blog! And great post! I think all of us parents can relate :)
I wanted to thank you for the sweet comment you left on blog last month. Sorry it's taken me so long to get around to it :) Hope you guys are doing well!