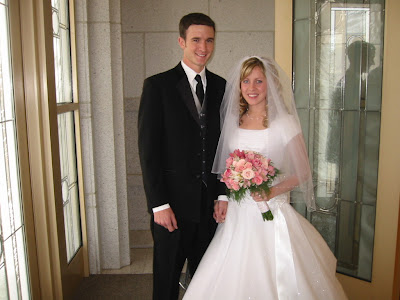 Notice the Beautiful Chandelier made from icicle lights and PVC pipe..by Mom, Aunt Natalie and my Dad.. I was truly impressed. 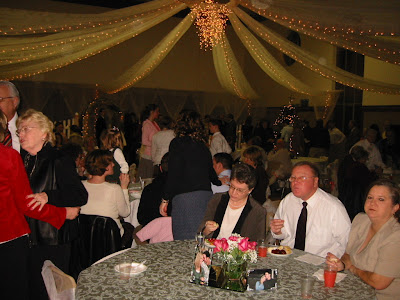 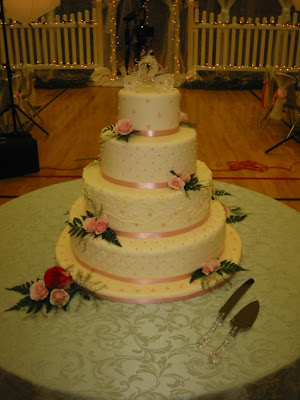 Finally a few Pictures. It was seriously a beautiful day.. Well two days in a row actually. First with my cousin Anthony and Breann's wedding on December 28th. (my mother hasn't sent me the pictures yet)Followed by Nick and Sarah the next day December 29th(OUr anniversary and Aunty Natalie's 26th Birthday) Sarah had a cinderella cake..well with a glass cinderalla carriage on top that Nick had given her during highschool..and actually got shattered and my parents found the glass maker that made it and had it restored for her.. (surprise) and had it put on the cake.. Ashley sang my parent's song from Highschool: "if" by the band bread.. It was amazing. She surprised them and I think it made my dad cry.. Devin also sang a song "beautiful" by jim brickman and it was sooo good..dedicated to our anniversary..He can do everything.. Good thing he married me so I can balance him out(because I can't do anything.) It was a very special anniversary from beginning to end. We got to spend it in the Same temple and the same sealing room that we were married in only Three years ago.. who new we would now have a two year old child and be living in Missouri! It makes me wonder what the next three years could bring.. Anything.. and Anywhere! Devin's song topped the night off. It was just an awesome couple of days between the 2 weddings and all the cousins and family all working together to decorate and "run the show" ...My parents smiled for the next two days after the wedding.. They were so pleased and happy with the wedding. Icing on the cake of Life.
Posted by Amie Orton at 7:42 PM

it was a truly amazing day! what better way to spend my 26ish:) birthday...never before have i had such a cake. you have an amazing family, i am so blessed to be a part of it.