yah, Uh HUH. we were there 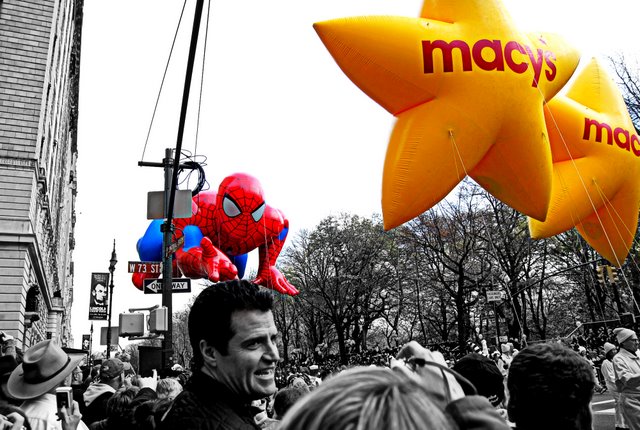 at the Macey's Thanksgiving Day Parade!
We dressed the children for bed, loaded the car and took off at 8pm on Tuesday. Drove through the night, 14 hours to Angie and Camerons'(Devin's older sis in Pennsylvania). We left later than planned and as we bussled around the house packing, this is what Naomi did: 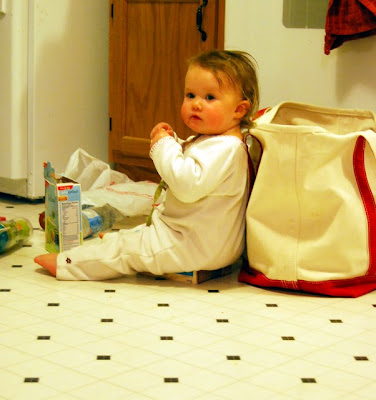 She raided the food bag. Even trying to hatch a box of fruit snacks or somethin in there. :)
Cache slept like a log for 8 hours. Naomi, jabbered for most of the night.
We recovered and slept the day away Wednesday and ate and played with neices and nephew.

Thanksgiving day, we woke up at 4am and headed into New York. Even that early, we wouldn't have found a good spot, Luckily we had the CUTEST couple in the whole city saving us a spot... 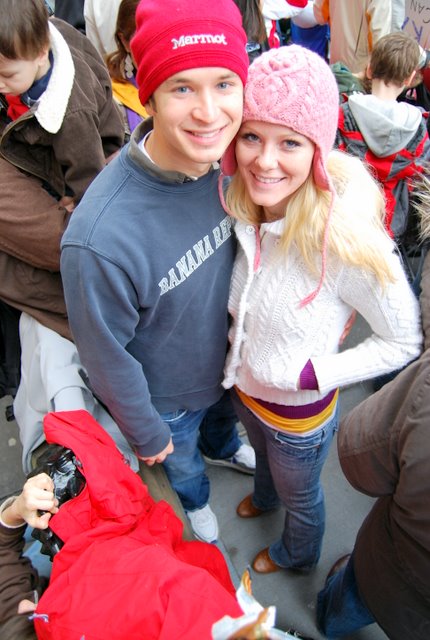 Devin's cuz Elisabeth and her husband Tyler.
That is a spot that we could elbow our way into at least. New Yorkers don't allow you to "save spots." It's a eat or be eaten type place. 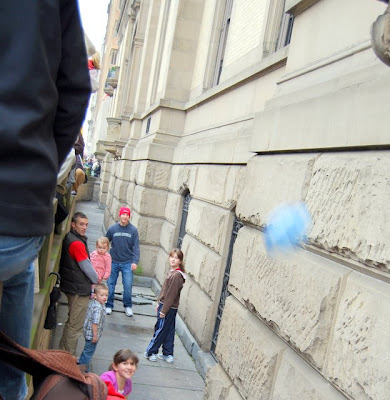 Luckily there was a little alley way behind us that they could play around and throw the football a bit while we waited the hours for the parade to start. The rest of us held our ground,talked and observed all the fun people in New York. 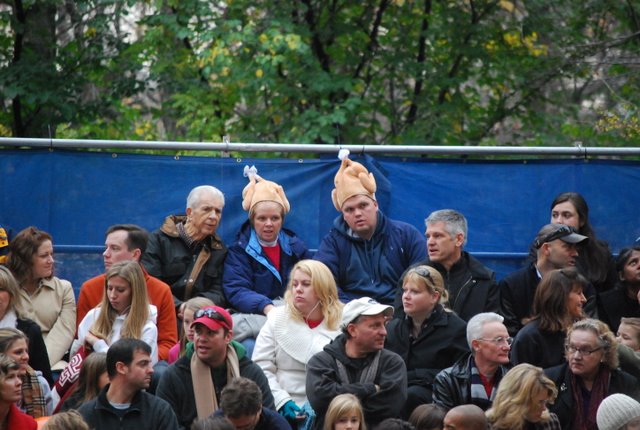 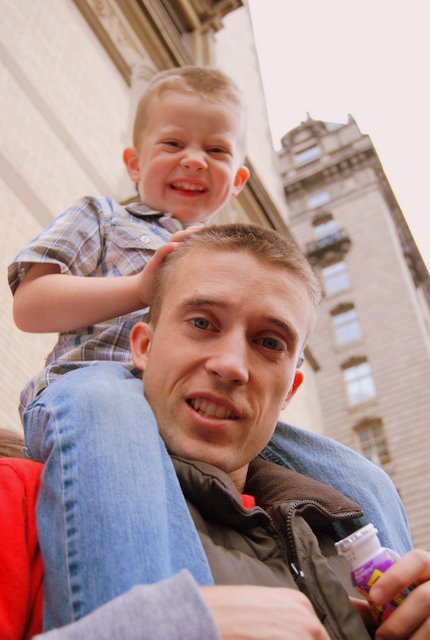 I might have enjoyed watching Cache and Naomi's reactions to the
parade even more than the parade. 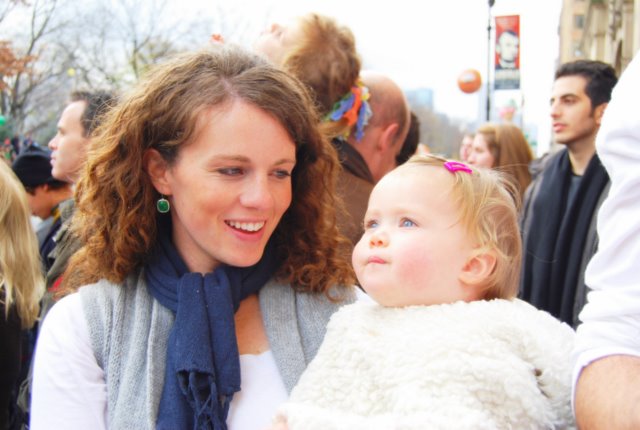 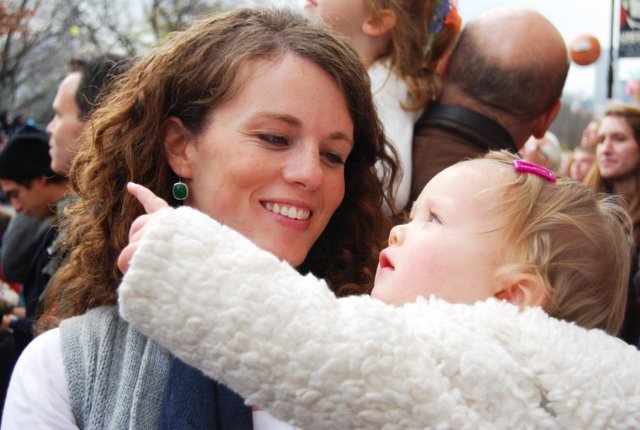 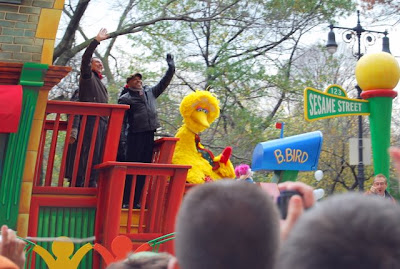 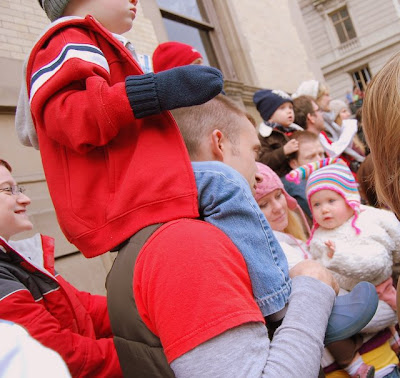 I am so annoying with my camera.
I want to take pictures of everything.
I can't help it. 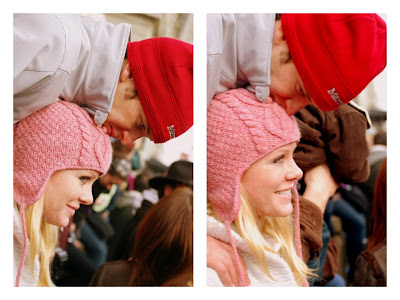 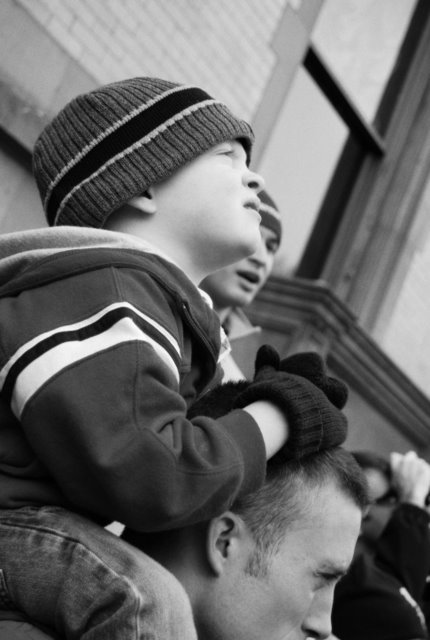 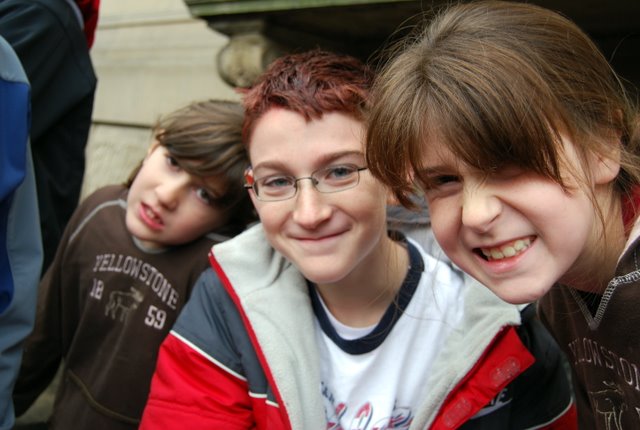 Cassidy really, really had to find a bathroom. A clean one is not an easy thing to find in the City. 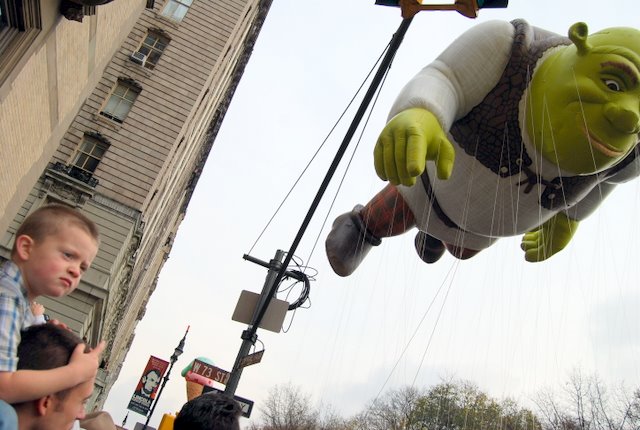 Santa Clause was my favorite part of the whole parade:
I'm pretty sure this was the real one. 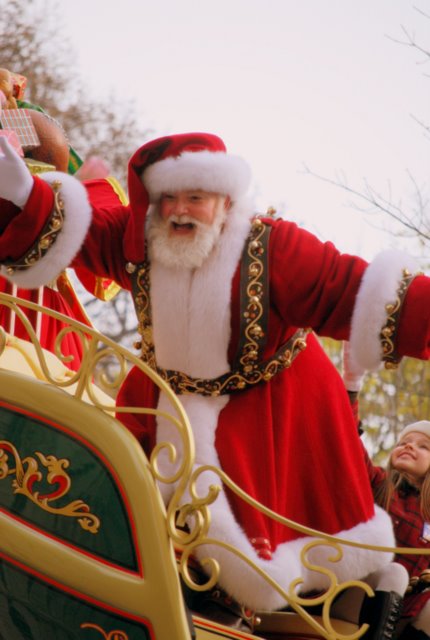 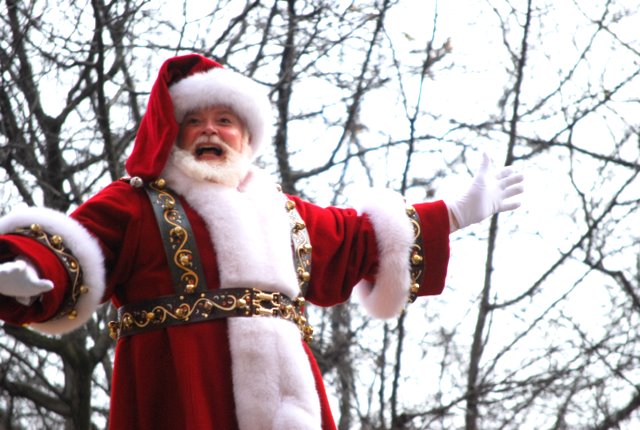 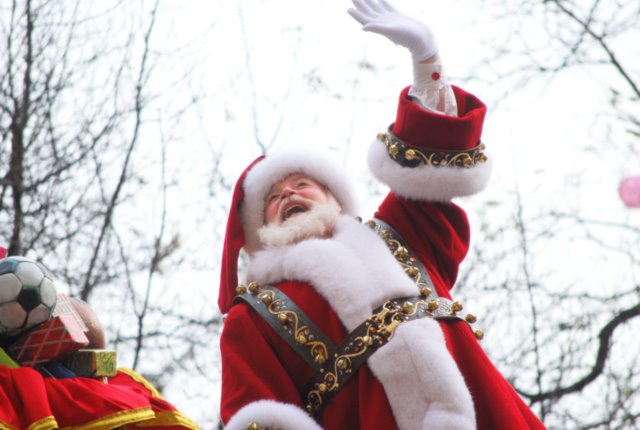 It was an unforgettable experience !

After the parade, we took a stroll through Central Park... 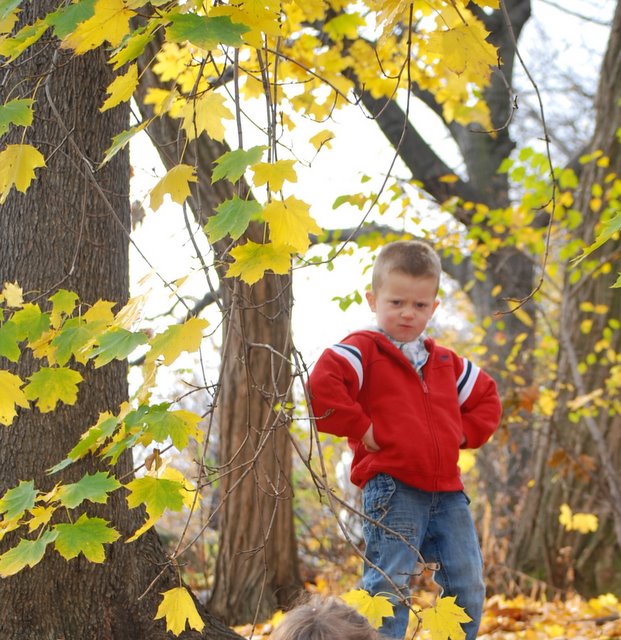 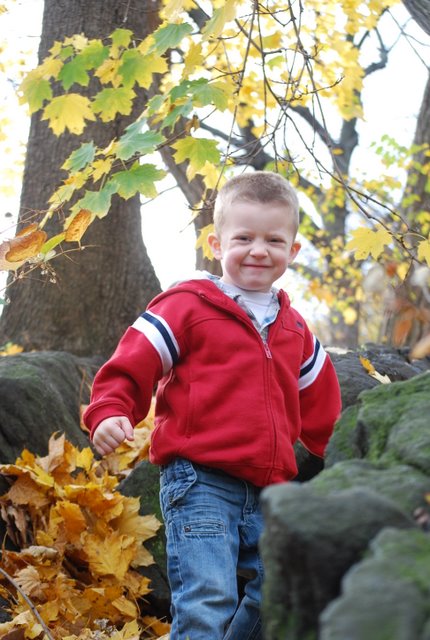 I love this next picture. Cache was a little obsessive about Dakota, and Dakota was really nice to him all week. Cache had to sit wherever Dakota sat, sleep where he slept and do what he was doing... 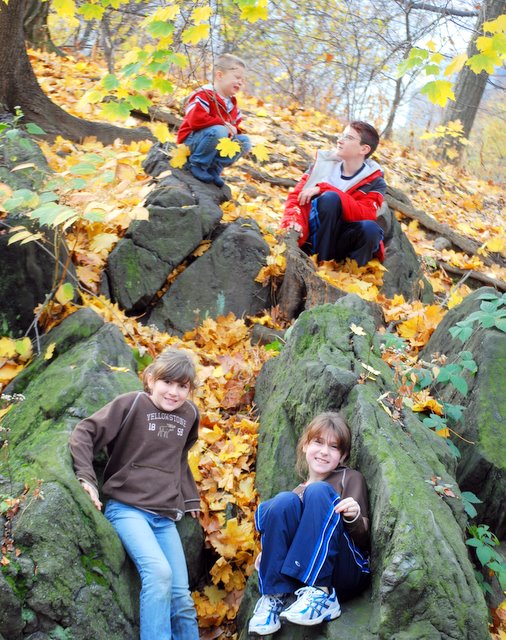 Central Park is GORGEOUS. Really, movies don't do it any justice. I could have taken pictures all. day. long. 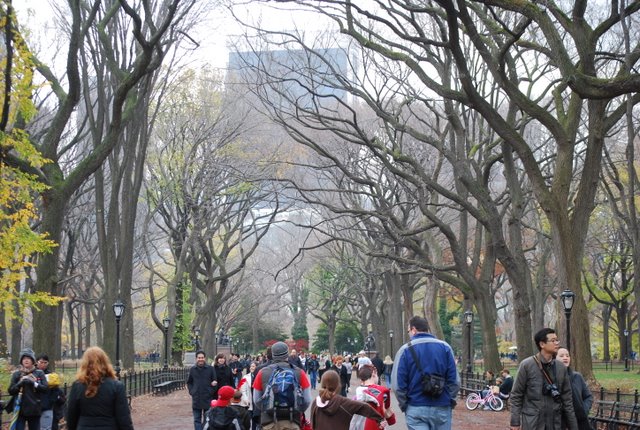 Then we went and visited the giant toy store FAO Schwarts... That was incredible. Every child's dream. 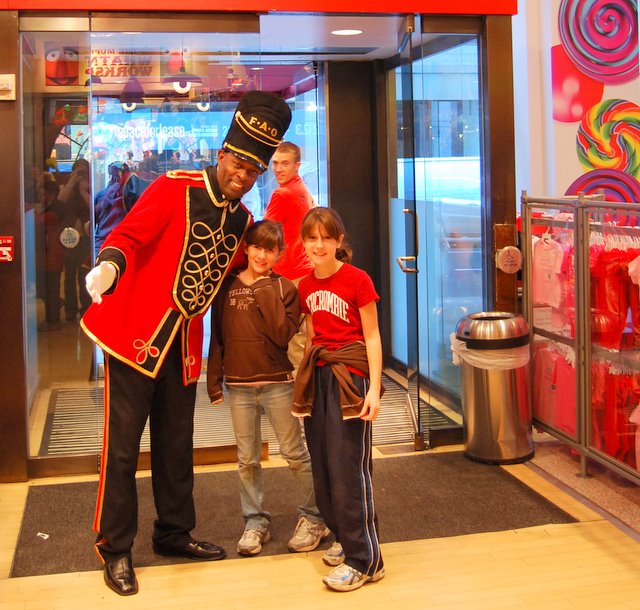 We walked down 5th avenue. I really want to go back and shop the streets there.
Then we walked by the temple. So cool. 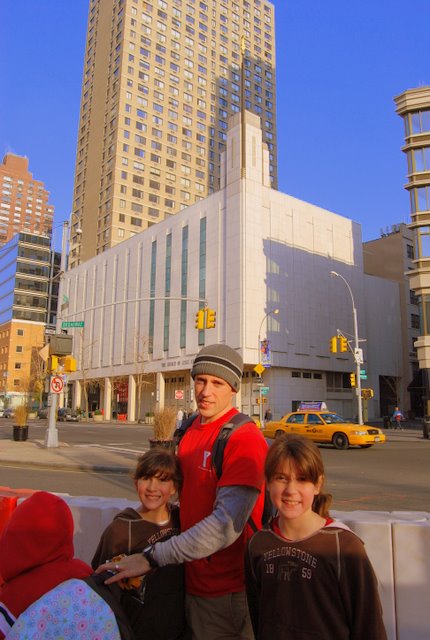 I took a picture of Julliard for you Ash. 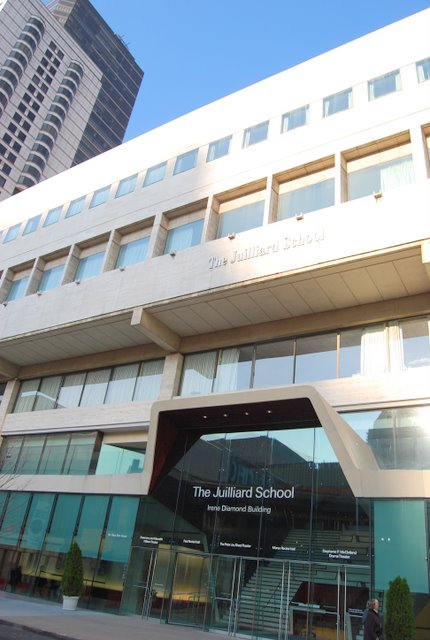 After lunch we took the Stanton island ferry, to see the Statue of Liberty. Very cool. 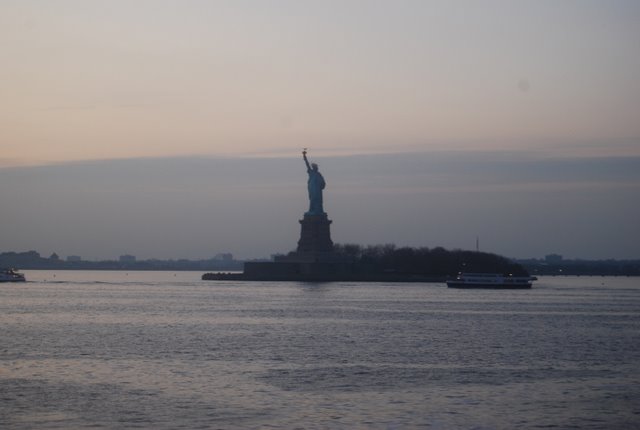 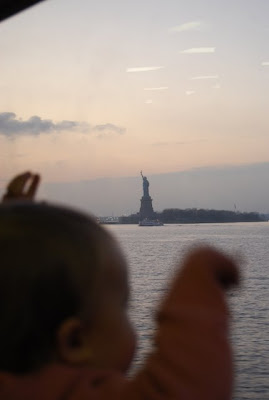 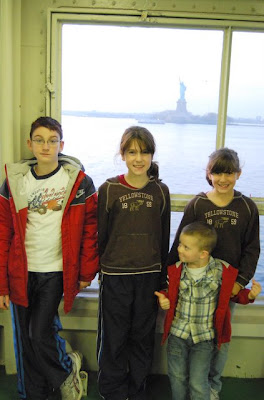 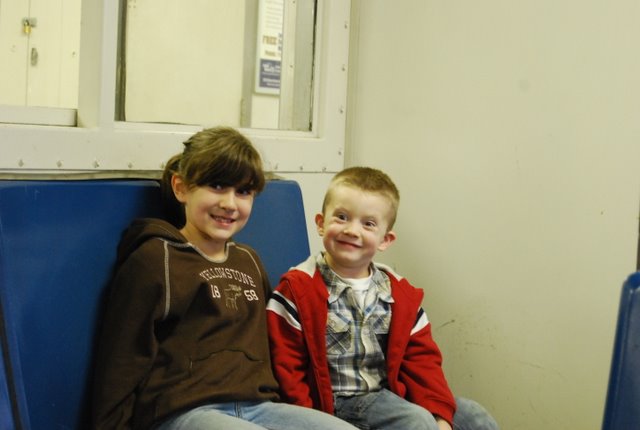 Cache was looking forward to seeing the Statue of Liberty, and was very excited. Thus displaying his new wierd/cute smile.

How fun! I've never been to New York. That's on my to-do list.

That would be so fun! I grew up going to the Rose Parade. They are so much better in person! I love all of your pictures. You don't give yourself enough credit!

OH, so fun. I love all of your pictures. YOU look absolutely gorgeous, cousin. I'm glad you guys went! There is so much to see in NY, I wish that I would have relished it a little more than I did:) Love ya. Your pictures are amazing, still wishing that you could take our pictures:)

Wow!! That looks like a lot of fun! I did the New York trip back in 8th grade (like Devin), but like I appreciated it the way I should have. You guys made it look stinkin awesome.

Wow, sorry. My computer was being retarded and wouldn't post it and then it did 3 times. Don't you feel lucky to see my pic 3 times, well 4 now.

We were there too! I think you got better pictures. Can I borrow yours of Santa? Jillian would love them. She was SOOO excited when he finally got there! my email address is chevin2@gmail.com. What a good idea to eat the next day. Wish we'd thought of that:)

Wow, you guys really are the adventurers! And of course you got some amazing pictures so that you will always remember what a cool experience that was.

What a wonderful experience. Those are the best trips..long road trips and just site seeing.

What a great trip! I love all your pictures Amie. You're so talented!

thanks for the front row seats without all the effort of traveling & being cold! You guys really know how to live it up & your pics inspire me to make more travel plans for 2010, weren't our cars supposed to fly by now?

I love (insert heart) NY! What a fun trip with fun people. Ryan's dad's goal is to be the santa in the Macy's day parade. We won't hold our breath on that one. I have to say my favorite picture is the one of Naomi in the dog kennel...I can almost hear her, that picture is so real! Love it all!

Awesome, Awesome!! All of it! So glad you had such an awesome time. I have only been to NYC once and need to get back sometime.

We're trying to watch the 1st presidency devotional but no one was interested so we are looking at pics of Cache while LISTENING to it.

We remember Shrek - would've been cool if we had seen Cache across the street but from tv its hard to see the people!

So fun! I LOVE NYC! It is one of my favoritest places I've lived! But I never did see the Parade there. What a fun trip for you!

You guys squeezed SO much in!! It was SO fun to see you two. I wish we could have planned more time running around the city with you! I love you guys, thanks for the FUN post!