LIVE AT THE LEVEE!

Every weekend during the summer, the city of St. Louis puts on free concerts at the Levy. We went last year, had a blast so we decided to go this year too! Lonestar was playing. It rained as we started walking to the concert, I was so excited (I love rain), but it stopped by the time we reached the Mississippi and we were lucky enough to see this rainbow. 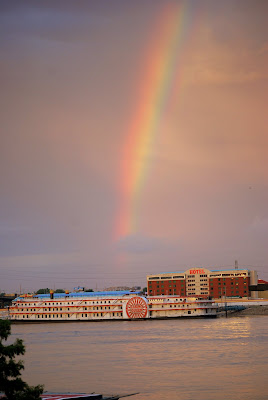 And since I'm out of the closet(in a pregnant sorta way)and the belly's already been Blogged... 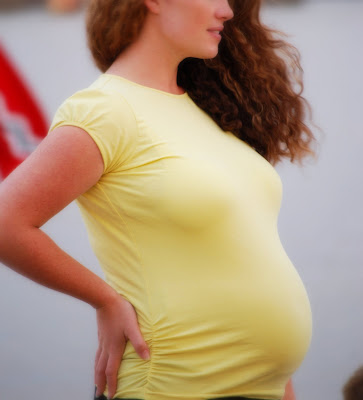 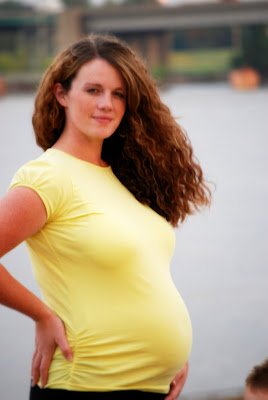 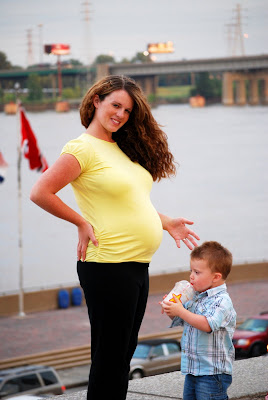 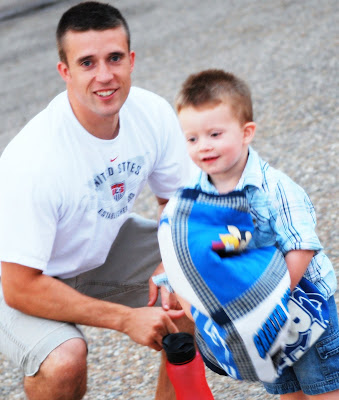 Just Helping that belly get bigger! 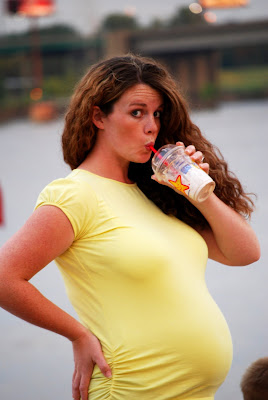 Well it turned out to be quite the night. We found the "awesomest parking spot" really close to the levy that was FREE. Then we found a Hardees to get milk shakes so we wouldn't have to buy a $12 ice cream cone like last year, and walked down to the levee for the concert, but it was completely empty! A park ranger told us that because of the flooding it had been moved to the middle of the city about 15 blocks up. (No wonder we found such a great parking spot) So we decided to walk....instead of having to re park. Oh boy 15 blocks are a lot bigger in St. Louis than in Pendleton or anywhere I've been. On our 15 block trek, we found an i-phone on the ground...so we picked it up and called the last person on the "recently called list." No one answered so we left a message telling them we found their phone. We got to the concert and as we were entering the gate the phone rang.. it took both Devin and I combined efforts to figure out how to answer such a fancy phone and when we finally did and it was the owner's wife... they were also at the concert. We told them where we were and then I heard "oh wait to do you have a baby on your shoulders?"..They were literally standing right next to us..It was an older couple and he said he had just gotten the phone the night before!Lucky dog. So crazy. 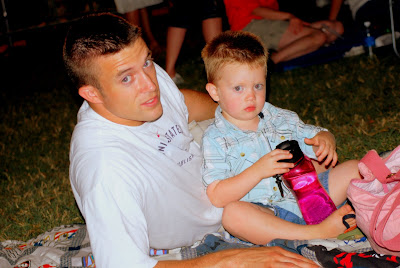 We almost got a babysitter for Cache! I'm so glad we didn't we had the best time. These two videos were taken with a cell phone so not high quality but still so funny at least to us.

These two guys were Awesome! They never stopped the ENTIRE concert. OH did I mention this was a COUNTRY music concert? Between these two guys and Cache we were VERY entertained.. oh yah Lonestar was pretty good too.


They ended the concert with Fireworks. 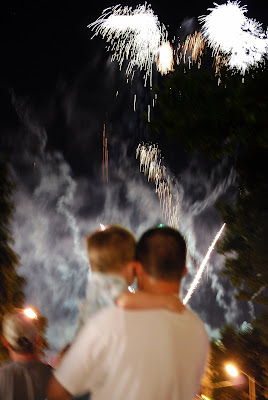 I love this picture. It always makes me tear up. A boy couldn't love his daddy more than Cache loves Devin,, and also the other way around. 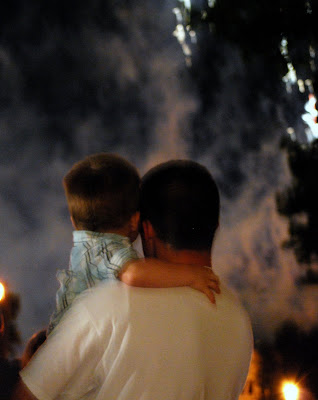 You look so Pretty! Man that sounds like fun and those videos were so funny! I am glad I got to see the one of the guys and Cache dancing Chris had told me about it!

awe amers!!!!!!!! you are the cutest pregnant girly I have ever seen!!!!!!!!! I am jealous, it seems like you guys are always doing something fun for free! I should have just moved to St. Louis with you ;)

Okay Amie... I am about to call you so I can tell you in person how beautiful you look! But that might be cheesy. But really... I am envious of how good you look. I LOVE the close up one of just you. Your face is so thin and everywhere else, and then your belly just looks tight and round. Nice! I am still looking squishy, but totally big. Anyway- thank you for posting these pictures. We miss you soooooo much!

Wow Cindy you are ever so full of nice compliments. Keep em comin, I don't feel as great as you say I look. I feel more just like you feel most of the time..especially when I realize I only fit in sweat pants! anyway, I am 95% less swollen than last pregancy though so that does help. My wedding ring still fits! I owe that to the 2 gallons of water I down every day..my chiropractor told me I needed to do that to retain less water... working! anyway cindy sue . I got my shirt at shade. The color is "lemon drop" I often feel like a giant dressed up round sun walking around but i still like the color.

I NEED your camera, it takes the most awesome pictures. I saw it at Costco but we didn't get to look at it for long, we were getting groceries for our get-together tomorrow. Oh ya, we get to see your mom today, I'm excited. You look so cute, SO CUTE! You are going to be back to the "normal" Amie in no time after the little Miss is born. I miss you like crazy...only a few more weeks to go!!!

What a fun night, I just love Cache - he is so cute! You do look amazing - you are so cute pregnant. We missed you guys at Annie's wedding, it was beautiful. Sarah did an amazing job on her wedding cake.