I'm missin that Devin t'night. When were newlyweds, it hurt to be separated from him for even one hour. I was told by friends a little more seasoned in the married life: "Don't worry, this stage fades quickly and then you'll get annoyed when he comes home early." I'm relieved to say that 5 years later that day has not come yet. Although it would be nice to feel that on nights like tonight.
Anyway, so here I sit alone with the computer and the sum of that equals a blog post.
Lucky you. Tonights post will be of last nights date night. Creepy World. Devin passed his second set of national boards!(phew) 2 down 2 to go! His choice of celebrating was to take me to a haunted house. 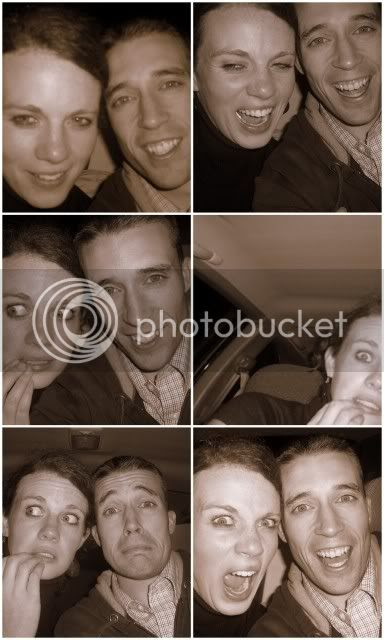 I'll now just enjoy the brighter, happier side of the season.
Just some fall pictures. Taken by Devin and Self Timer.
We had like 10 min of sunlight when we got there, so this
is all we got. We'll try it again, maybe with a friend instead
of self-timer. Devin asked me to stand up there so he could
know where to prop up the camera for the self timer pics.
I'm posting them, cuz I like my boots :) 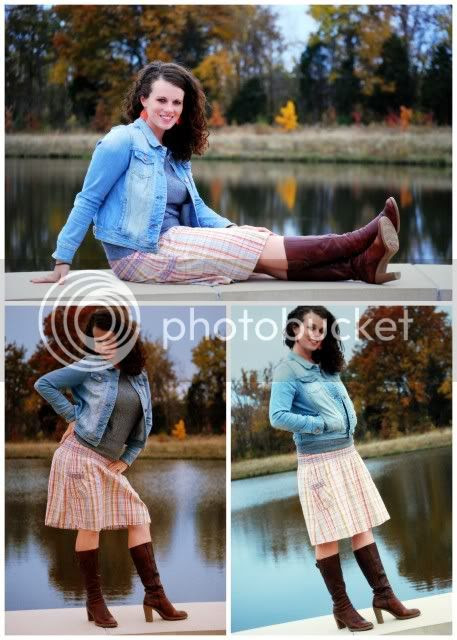 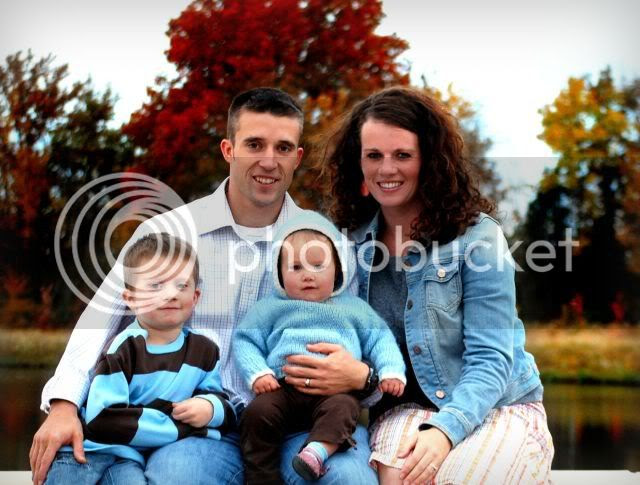 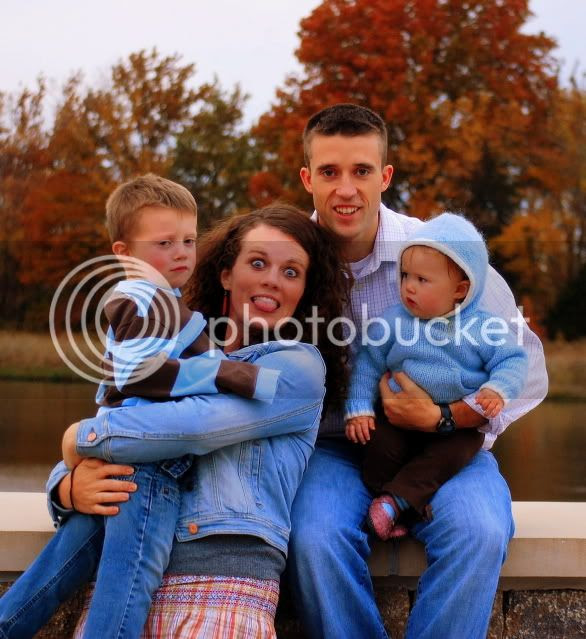 Those are the cutest pictures. You are so beautiful! And I love your boots too. I am with you, I don't like to be scared either. Glad you made it out alive ;)

What cute family pictures. You're a total babe in your boots Amie! Congrats to Devin for passing his boards!

You are gorgeous and hilarious. Such a great combination. Your family is gorgeous too and your husband is so funny. Makes me miss you gusy loads! Oh and adorable boots:) Love ya.

Congratulations Devin on passing your boards. I'm with you on the haunted house! And I love your fall pictures. Amie your hair is so beautiful. Go buy some no Poo! I'll give you the funds.
I love you guys!!!

Okay okay okay Amie, I think I am beginning to be satisfied with your blog now. THANK YOU for posting pictures of yourself. I know it's hard to do when you are humble like yourself, but it's a must when you are as beautiful as you are! I love your skirt and boots and hair. And the Fall pictures are awesome! I love Cache in the last one.
okay, now the haunted house thing... I love the run down on how the whole night went. Especially the part about the 16 year old girl holding Devin's hand. Hahaha! Oh, and what's no poo? Love you guys!

Those are cool boots but you're also gorgeous! I'm glad you posted those picks! When I get plastic surgery I want to look like you:) Hope you're enjoying fall there. It looks like it's beautiful there.

That is a crazy story! I have never been to a "good" haunted house. I think I would freak, too. I LOVE the fall pictures (and your boots!). Thanks for sharing!

Chelsea, you are so funny, what a wierd compliment,,I guess anyone can look good if you point the camera at the right angle! And then i was just thinking if only you could have plastic surgery on legs and I could have legs just like chelsea.:)


Cindy- no poo Is shampoo for curly head people. It is spendy, and basically it has no suds so it's called "no poo" and it doesn't take any oil outta your hair, because curly heads usually never have oily hair, instead Dry hair(like me)

thanks for the nice compliments. a nice word always makes a day seem a bit brighter.

Amie, Hannah said what if you fell in. That would not be good. Thanks goodness you didn't. I love the photos. You all look fabulous!!!! Way to go Devin on passing your boards. In the last photo Naomi is looking at you like you are crazy, I think this is my favorite. Love you guys. Happy Halloween.

I don't go to Haunted Houses not cause of the scare factor but because you never know hwat kind of weirdos could be hiding out there. Now they get too close an touch you..When I was little I went with my parents to a haunted house and the vampire lady kissed my dad on the cheek and I kicked her really hard..Taught her.

I like your boots too! Where did you get them up? Happy Halloween!