And my heart rejoiced.

Sunday in church
Sang the hymn: "I believe in Christ."
Cache was laying on my lap. I thought asleep.
After, he sat up, looked at me and said. "MOM, I don't believe in Christ."
I half wanted to laugh because everything about it surprised me.
The fact that he even thinks about that at 5 and that he said it, and that he was listening to the words of the hymn, and that he DOESN'T believe.
It all just threw me through a loop.

I told him that's okay if he doesn't. Sometimes you just have to choose to believe.  And then after church I told him WHY I believe in Christ. I told him that people I believe to be true and honest people(prophets) have seen him and I believe them. I told him the way I feel when I pray, read the scriptures, and do things that Jesus told us to do, in my heart it feels right and good.  And that's most of the reasons I believe.

He listened. Then he said.
"Mom, I still don't believe in Christ. Barney is make believe and so is Jesus Christ."
I told him I don't believe in Barney either.  :)
But Christ is real and alive.  But he can find out for himself as he grows up.
Don't write him off just YET Cache. 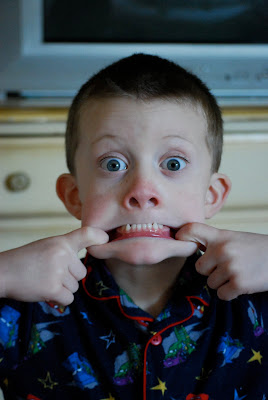 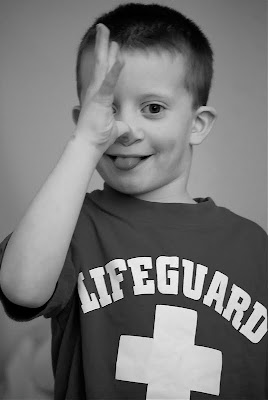 Then this morning we were sitting on the couch.  He looked at me and said. "MOM if there is another kid who is all alone and nobody will play with him, I will play with him."  (Trying to restrain my happiness because really I never know what his intention are.) I casually responded. "Oh. Why?"
He told me. "Because DAT is what Jesus would do. And I don't want that kid to be sad anyway."

And then my heart rejoiced a bit.
I asked him where he learned that.
He told me his primary teacher told him.

***
Right now I am listening to Cache and his friend Sawyer playing in the back.
Overheard: "And THEN he diiiiiiied.  Those guys were wicked and made bad choices."
Sawyer: Was it on a cross or in a garden?
Cache: I don't know, dust(just) lots of blood, but there was NO star.
Yah then they put him in a rock cave thing and it was sad.
Cache: Yah and in America there was all dis dark stuff...
Sawyer: Yah and lots of Earth shakes."
Cache: "Yah and it was so dark for FREE(three) days.
Sawyer: Yah and they couldn't even light a candle cuz it was so sooo dark and stinked.  ??? :) It stinked?
Cache: Then Jesus came down out of duh sky. That was pretty cool. And he healed the guy with blood in his ears.  So he could see. (maybe a few facts mixed up here :)
Sawyer: Yah that's Easter ... (then the baby cried and I couldn't hear dangit!)
Cache: I wonder if Jesus went to CHINA.
Cache: I like Ninjas.
Sawyer: Yah, let's go outside and do awesome stuff.

Besides a few hilarious mixed up facts, these kids are smart..
I'm thankful for these moments and good primary teachers and Jesus Christ.
If they choose follow his example, they will live good and happy lives full of love and truth.
I'm excited for them.
Their future is bright. 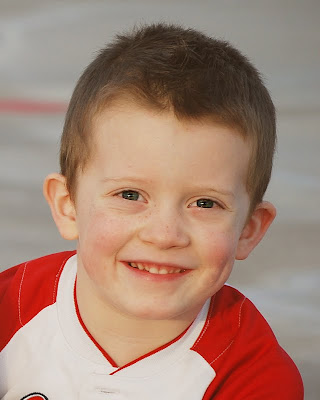 Oh my word. That has got to be the cutest thing ever. How patient you are to allow Cache to discover his own testimony of the Savior. I'm afraid I would get all stressed and say, "Oh, you have to believe!" Such good mothering skills Amie! You have one smart kid there.

Yes, such a good reaction to words that would startle some of us! You are such a good mommy. I love hearing little kids talk about that stuff. It just warms me right up inside :) What a great kid. We miss him! And Naomi! And can't wait to meet Gage this summer!

This story made me tear up, but I'm pregnant. Very cute, and good to know that as primary teachers some kids do listen. ha.

Amie, your blog is beautiful. I love looking at all your pictures and reading your stories. This anecdote about Cache is one of those that you will probably always remember (or hope to remember) as a parent. I am glad you wrote it down. If you don't mind, I will save your address on my blog. You have a beautiful family. I am so glad you moved into our ward.

Amie, I love that story about Cache and Sawyer! Thanks for sharing it with me!