I believe it was C.S Lewis that said: "We are not surrounded by mere mortals..."
Sometimes I meet people that make me believe this statement more fully.
These friends are some of those people.
I am heart broken with the trials SO many close to me have to face recently.  But I am ASTONISHED at how I watch these loved ones handle their lot. Most all dealing with the suffering or death of their most precious possesions.
Their angel children.
OH how we love you, pray for you and cry for you.
You are not mere mortals.
Posted by Amie Orton at 10:50 PM 4 comments:

Devin played some early morning soccer today.
He got home just as we were finishing up breakfast.  Cache and Nay think he is the coolest person on the planet, so when they saw him in cleats and soccer socks.... 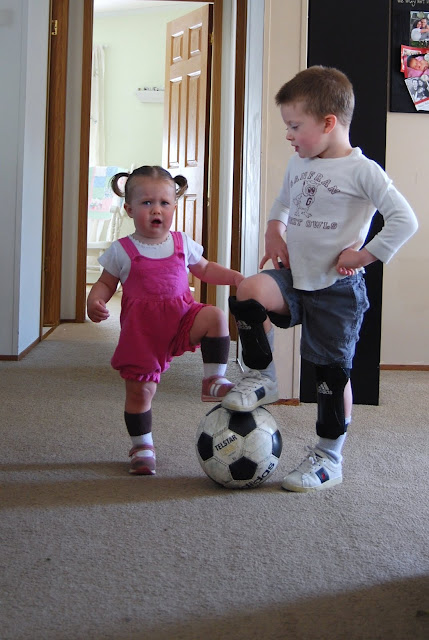 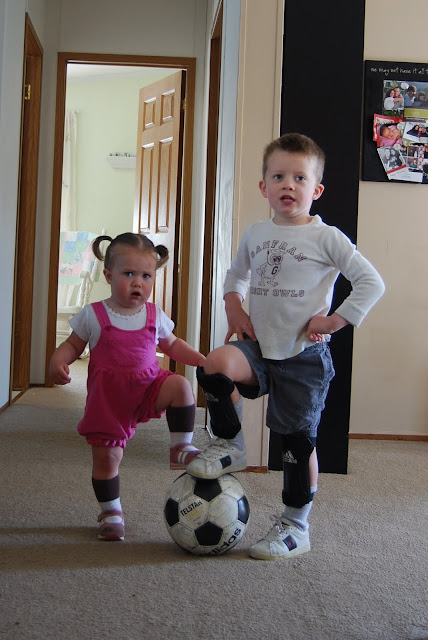 Breakfast was not finished, but that didn't matter.   Naomi even rummuged through her drawers trying to find her "cleats." The girl does not like be left out. Devin helped her get with the program.
Posted by Amie Orton at 10:09 PM 3 comments:

So we went to Kansas City

Devin had YET another seminar for chiropractors.  We went with him this time.  Stayed on the 14th floor of a shmancy hotel where the seminar was held.  Instead of Devin's cell phone alarm that we are EVER so use to going off at 5 am EVERY SINGLE DAY, instead our wake up call was Naomi's little headed peaking out the window at the city below.
And her little palm tree on top of her head was the first thing we saw every morning. 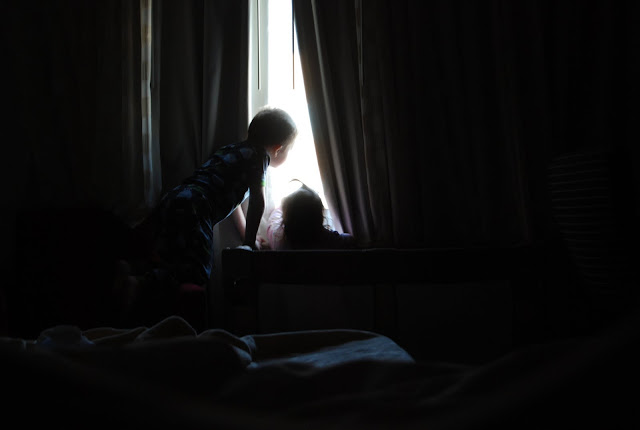 We budgeted to eat out one meal.  Devin was planning on taking us to a Brazillian BBQ.  But $40 a plate and when it came down to it, didn't seem worth it with children. Especially Nay. I feel like I talk bad about her, but she is just so wild.  And still throws her food.  Sorry Devin.. Actually Devin was the one that pulled the plug on that idea.  Kansas City actually has quite a charming downtown.  We instead picked a place called "Blanc." It was crazy modern and I felt like I had stepped onto the set of Ugly Betty.(It's a TV show Mom)  They had really good burgers and served their sweet potatoe fries "ala cart." Literally.  When we saw how nice it was inside we asked to be seated OUTSIDE. :)
Good thing too.. 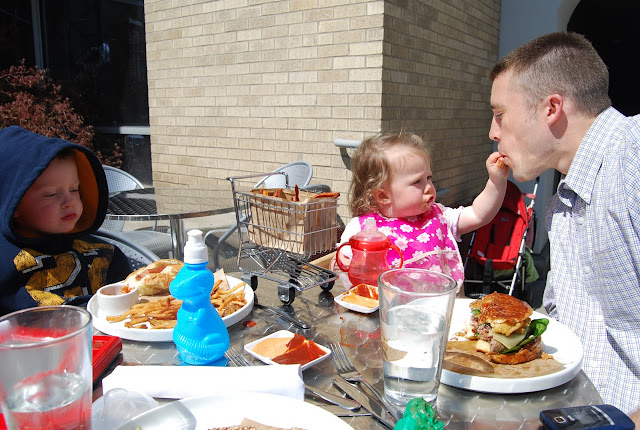 The seminar was in Kansas City, which is near many church history sites.
Namely: Liberty Jail, Far west, Adamondiomen, Hauns mill. 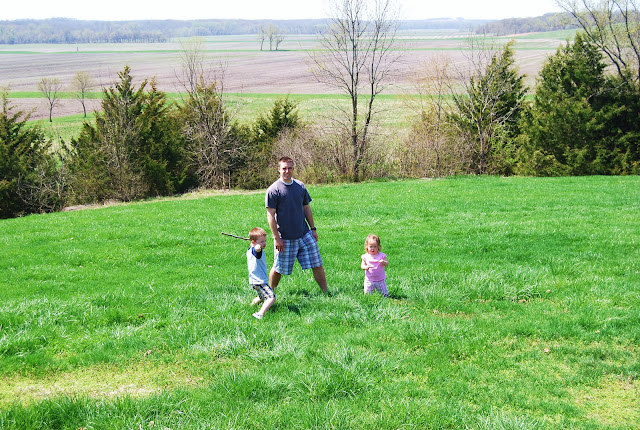 This picture above was Adamondiomen. Very pretty, we were the only people there. In this picture that is only about 1/4 of the valley field.
A lot of neat prophecy's to be fulfilled here someday.
We however mostly just rolled in the grass and had stick fights.
I was mostly glad to get out of the car and away from this ruckus: 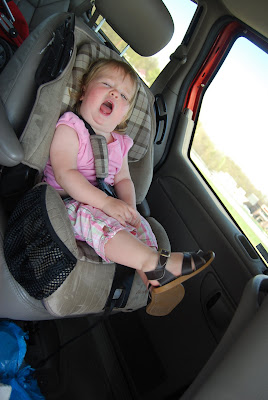 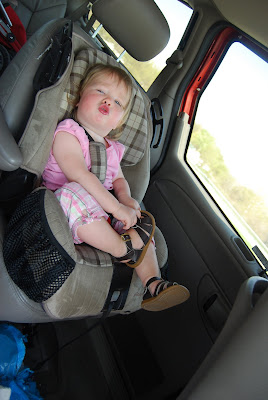 Cache is such an awesome traveler.
Naomi is the cutest traveler.
We'll leave it at that.
Leaving our Hotel room for a fun filled traveling day to all the sights, and back home to St. Louis.
It was a LONG but quick trip.  A lot of driving around.  A few good memories made.
Devin and I were able to have a lot of time to talk and dream.
I really love my little family. 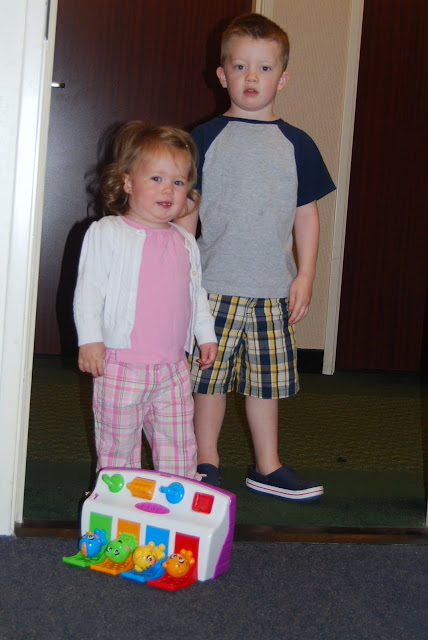 We also saw liberty Jail, and I'll write about that another time.  That was a neat place.
The End.
Posted by Amie Orton at 9:54 PM 1 comment:

The reason you are suppose to document soon after... I already can't remember Easter details.
I do remember that Cache and I dyed eggs at 9:30 at night before Easter. alone, together.  I can't remember where Devin was. I know he would have rather been with us.  I was too cheap to buy dye...so we mixed up some water vinegar and food coloring.  My own experiment recipe. Worked.  We watched Charleton Hestons Ten commandments because that is tradition and asked myself again: "What do the ten commandments have to do with Easter?" Meh. 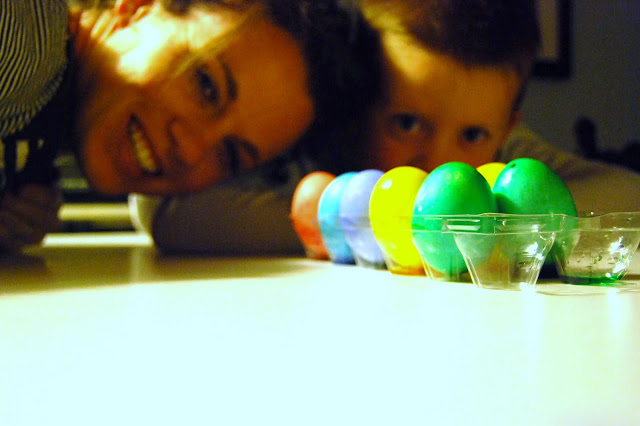 Easter weekend was so SO uplifting.  General Conference was FOOD for the soul.  Easter morning, read the story of Christ's resurrection out of the Bible and lots of candy.(which totally go togther right?) Cache gathered it ALL. Nay walked around and picked up loose jelly beans one at a time grunting with each bending over and squeeze of the belly.  She ended with 3 jelly beans in her basket.  Those she fed to her new puppy. 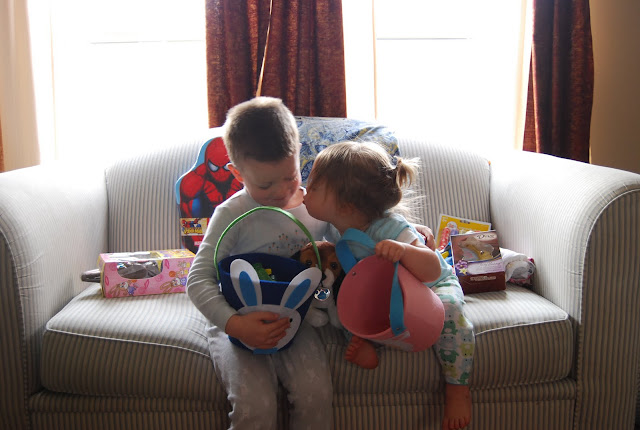 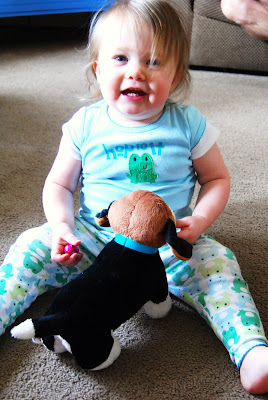 Then we combined our Easter dinner cooking skills and ate Easter Dinner with Sky and La La.  We feasted well for a last minute gathering.  We had a ham and they had rolls... it was perfect Easter dinner match. 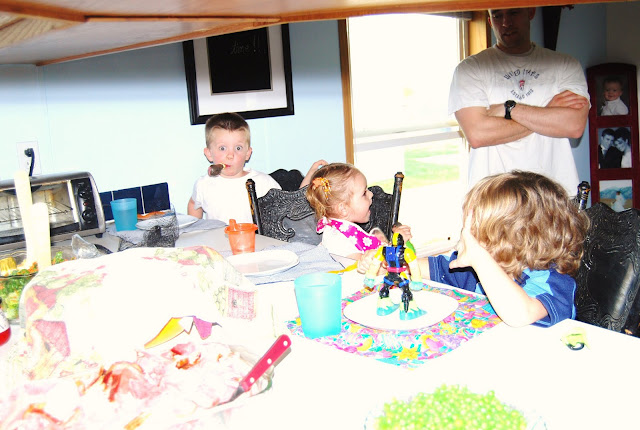 I really love Easter. It's a refreshing Holiday.
Posted by Amie Orton at 10:34 PM 3 comments: