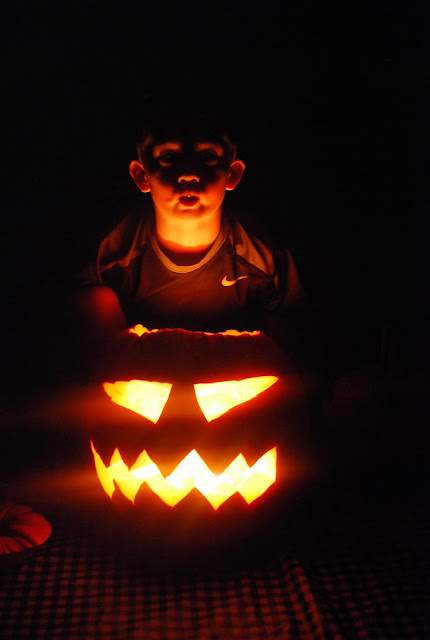 Leading up to the big day we: 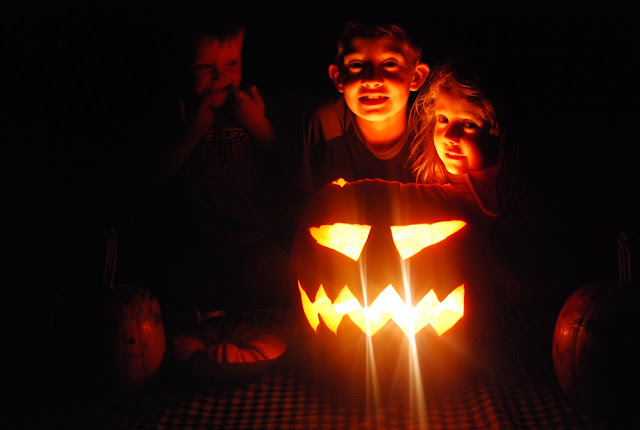 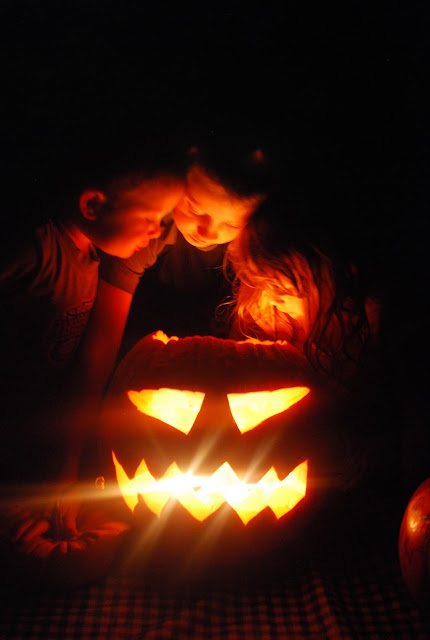 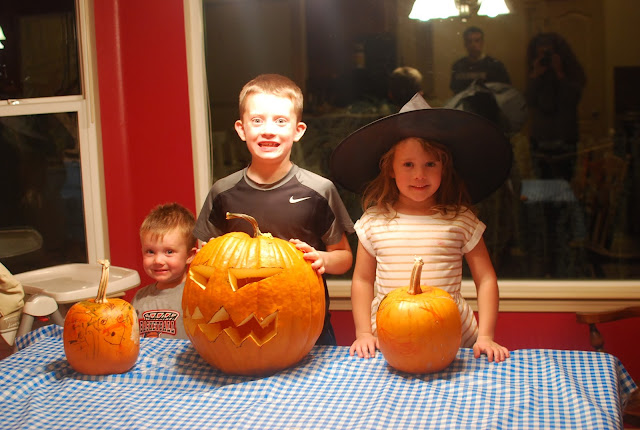 And attended a witches party at the Sheps. So fun. (A few days before Halloween.) 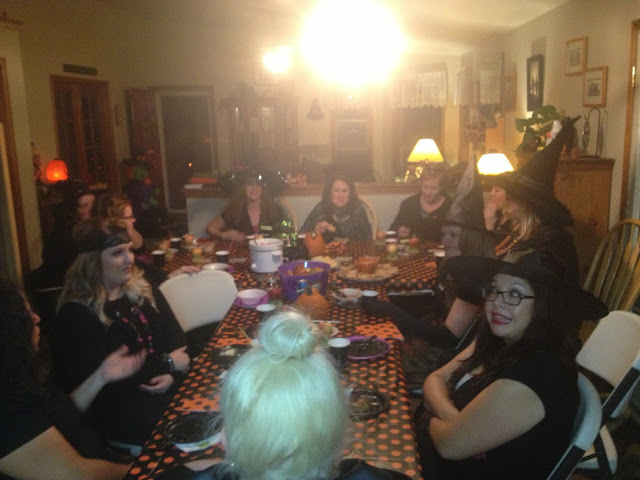 Naomi is my little decisive ward robe assistant. I love her.   I wish I had a picture of her buckling my shoes while I was doing my makeup, and lecturing me on how these shoes were much more pointy and better for witches than the ones I had been wearing before she showed up and insisted that I change. 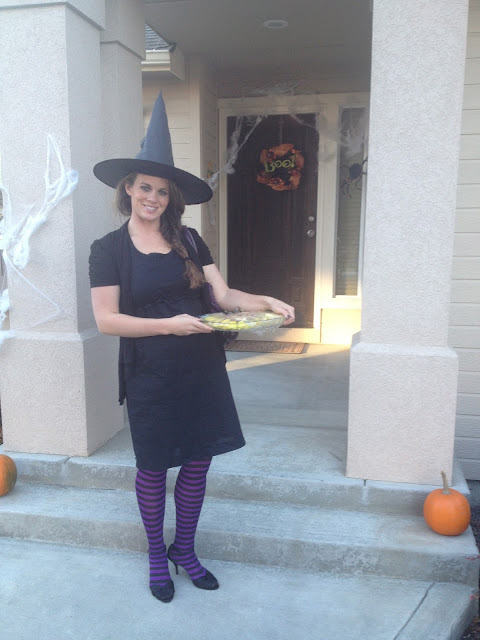 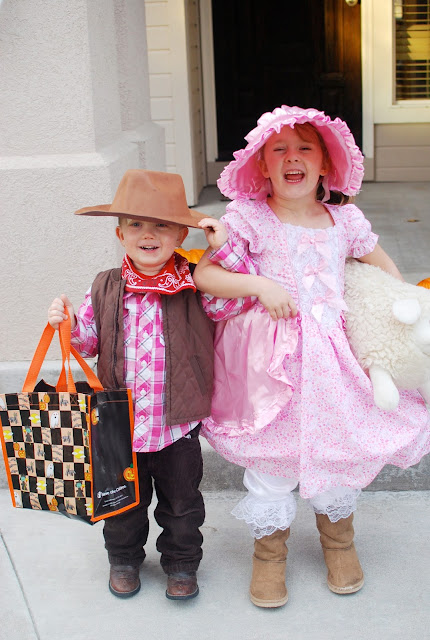 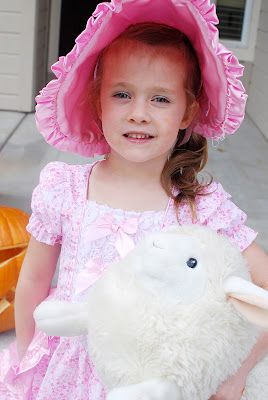 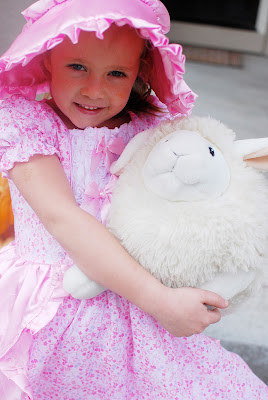 He insisted that his hat would blow off even if inside. And yes Woody always wears two hats.
Can't be too careful. 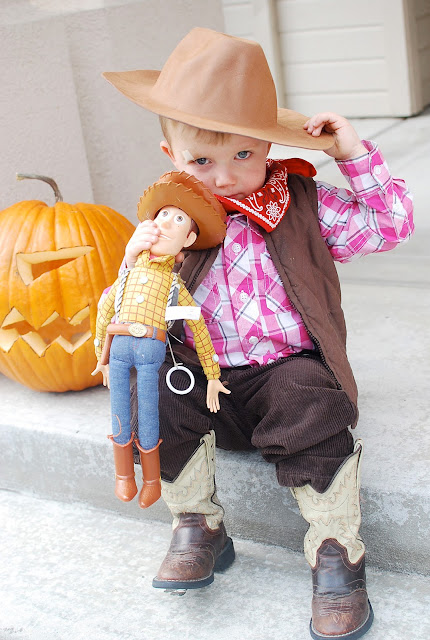 And that band aide on his eye? No owie. Nothing. He woke up yelling he needed a band aide on his eye.  If it means sleep, we oblige.  Gage often does things like that  in his sleep.  Trying to reason with him results in hysteria. You just have to agree with him, for whatever he is yelling about. And he will lay back down, pull his yellow blankie over his head and go to sleep.  He also woke up crying that his Woody hat was blowing away.
Poor guy. The world is against him. 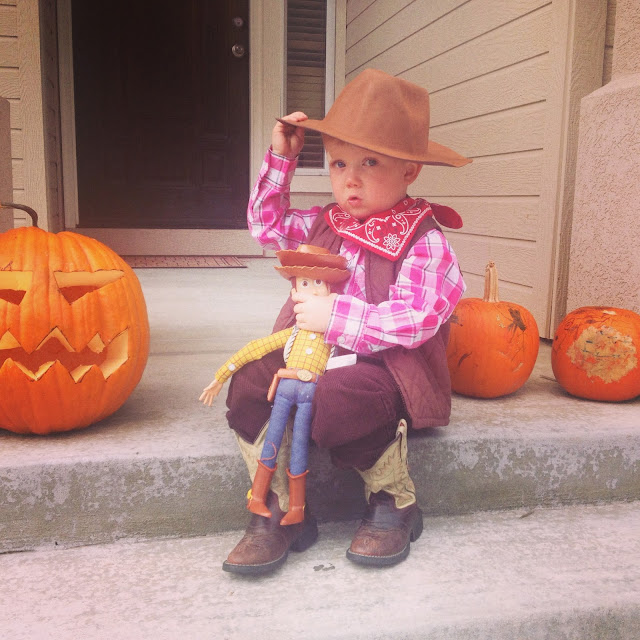 Cache's school party. Gage stated: "Cache is going to like me so much."
And he did. 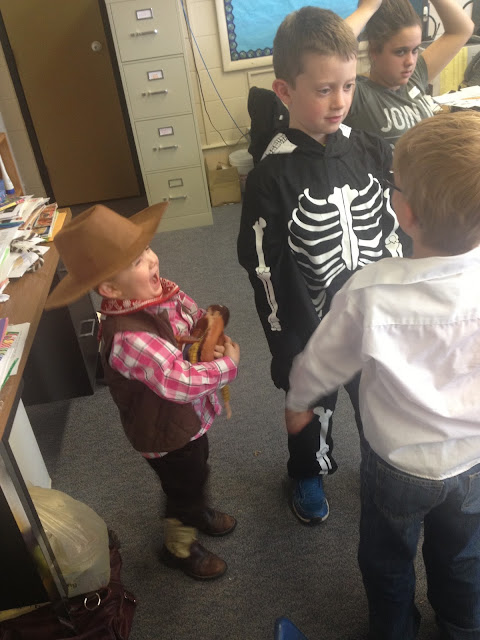 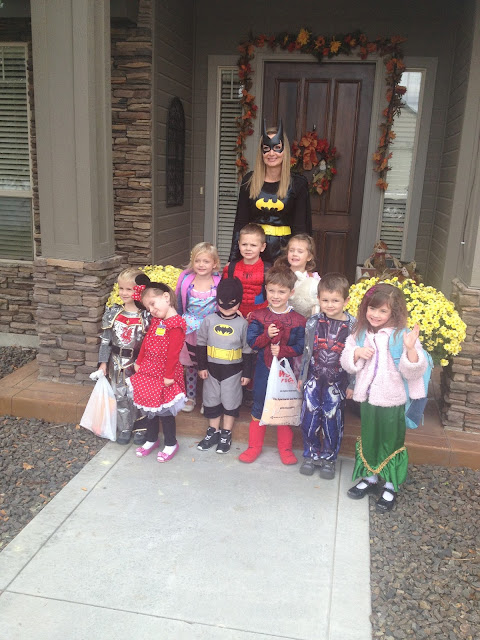 Trick or treating at the Idaho State Capitol
We just missed the Governor. Darnit. 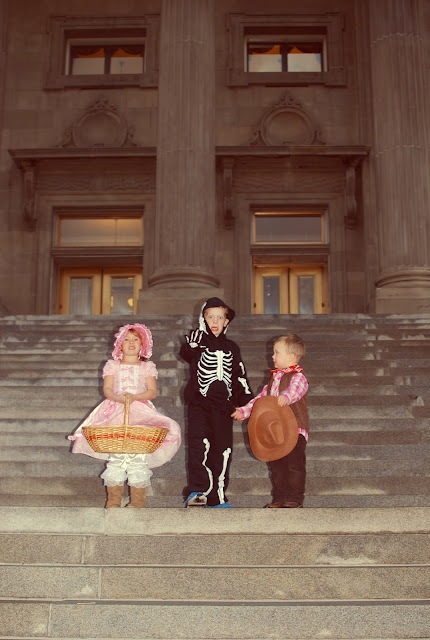 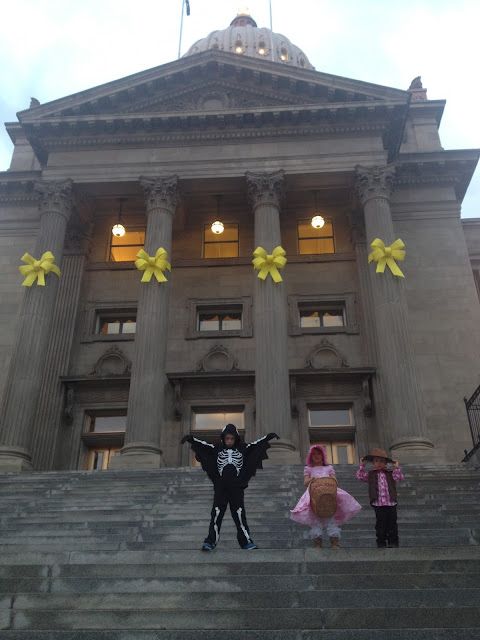 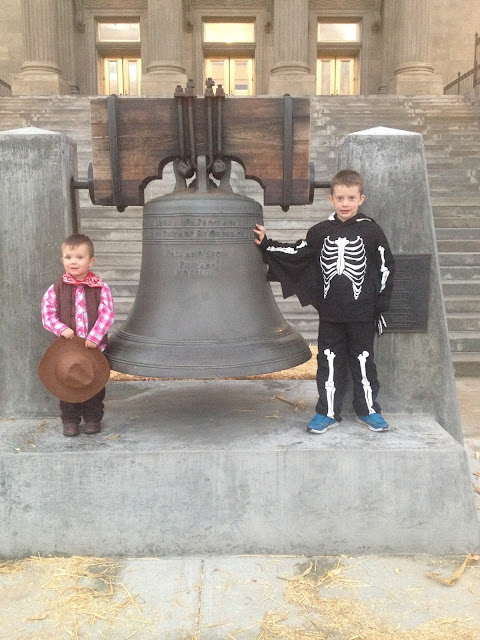 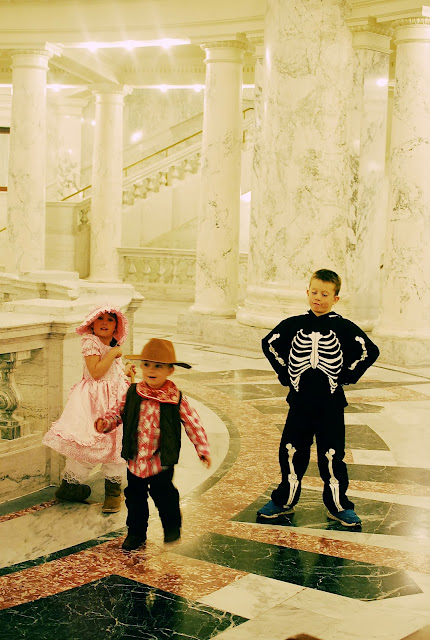 It has very tall ceilings. 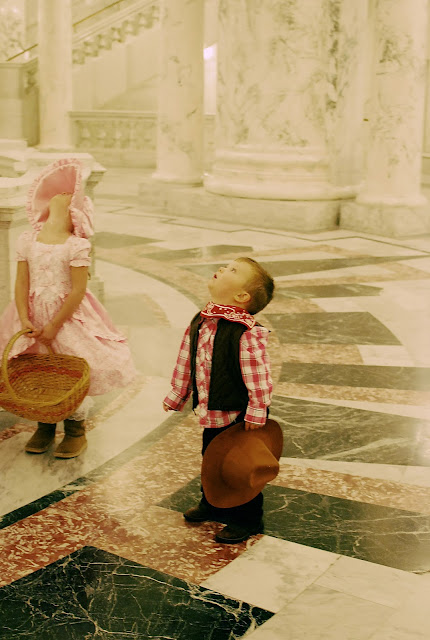 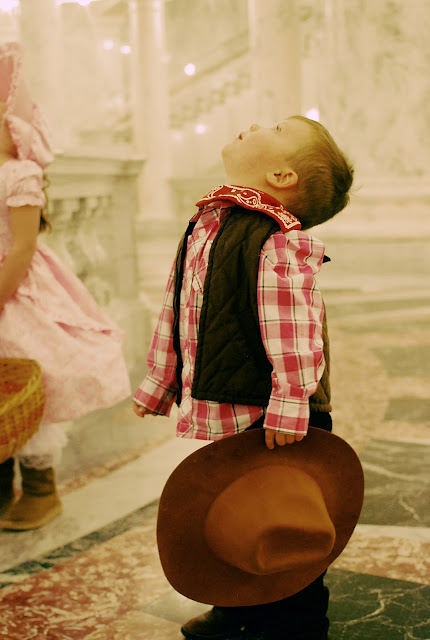 And very nice marble I guess. 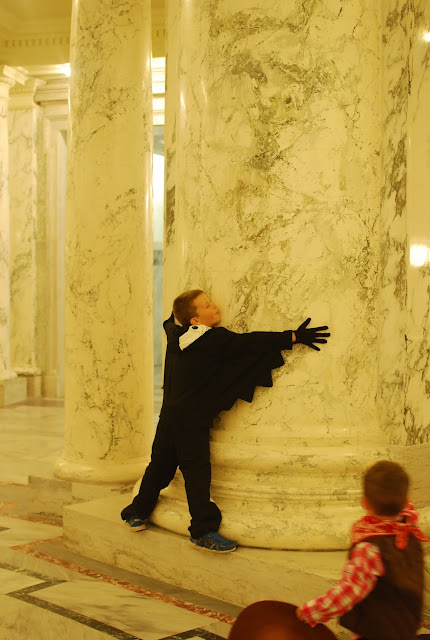 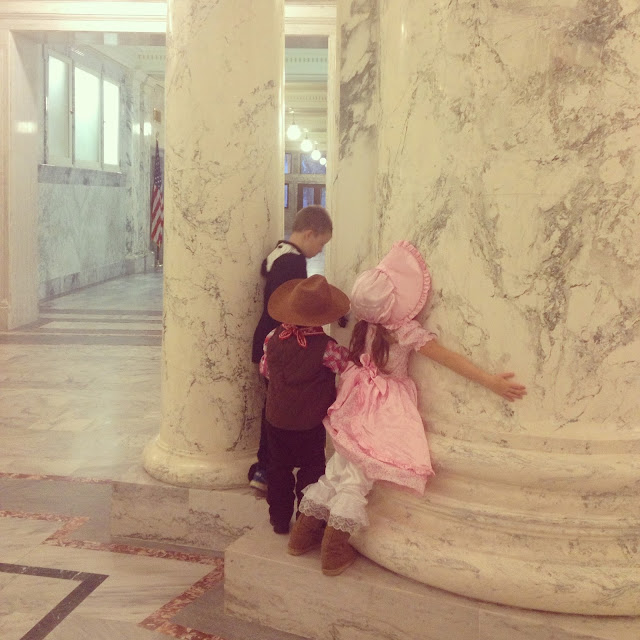 I just put on whatever and Devin was a crazy soccer fan. We thought of what he was after he put it on and got in the car.  Next year we'll put more effort!  (We said that last year.) 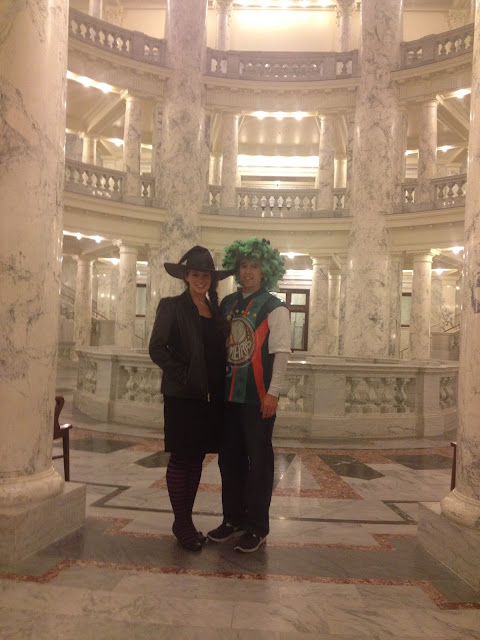 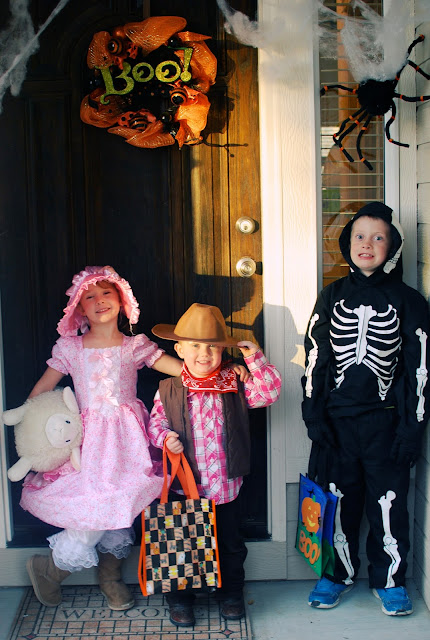 Another successful Orton family Halloween in the Books!
Posted by Amie Orton at 12:24 PM