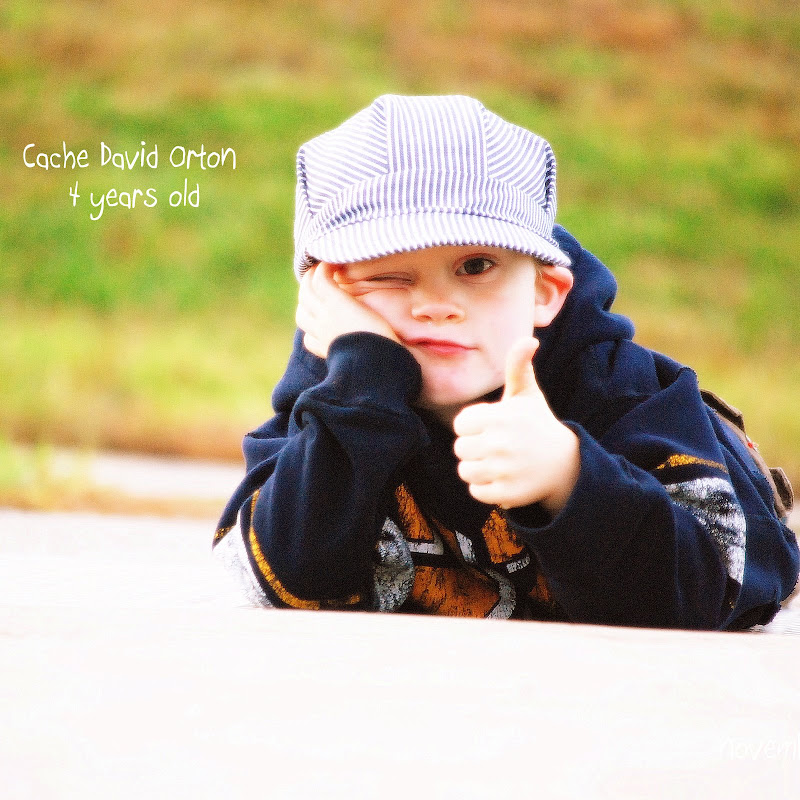 All year long when Cache asks me repeatedly for something. My answer is usually "NO" or if it's something I can tell he is never going to let go and seems reasonable I answer "Maybe on your birthday." Well, Cache never forgets a promise. It took a week for me to full fill them all:

1.Eating at "Old MacDonald's"
2.Picking out a toy he wanted at the store.
3.Having ALL his "brother's" over to play superheros.
4. Riding the train at the zoo.

The day of, he and I played a game of chess. (Cache's request), till we both got bored. And waited for Devin to get home. FINALLY he got home, and we went to go out for dinner...

We suggested every restaurant in the area, but he would accept no other Option but :"Old McDonald's." We very reluctantly conceded since he was "The birthday boy." (when your tummy is expecting Red Robin or Red Lobster, Mcky D's just doesn't cut it.) Cache danced, skipped cheered all the way into the restaurant. Afterwards, he picked out a transformer from Toys R Us.(Thanks Grandma Colette.) Which fulfilled, the second wish of "pick out any toy he wanted at the store." We blew out candles that we stuck in ice cream when we got home. Ended the day back in mom and dads bed, and 100 birthday hugs and kisses and then the day was done.


Couple days later, he had his "brother's" over for a superhero party: 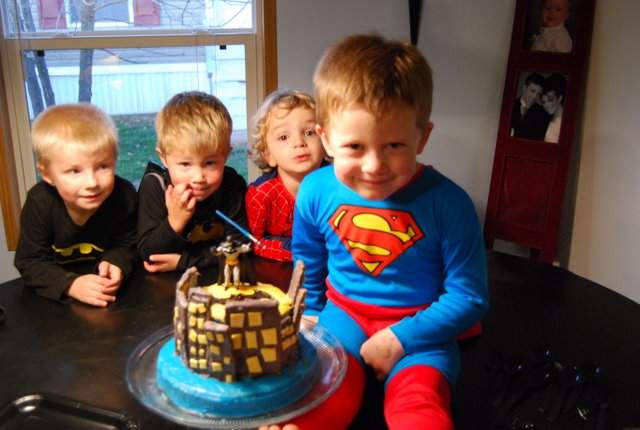 This is a Gotham city cake and those are skyscrapers if you can't tell. (Made from graham crackers) 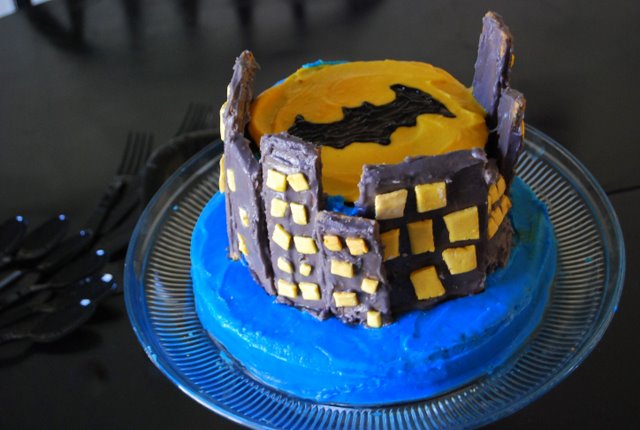 Preparing for the party, we hid the balloons so she wouldn't bite them.

BUT she found em in the tub. Silly Nanners. 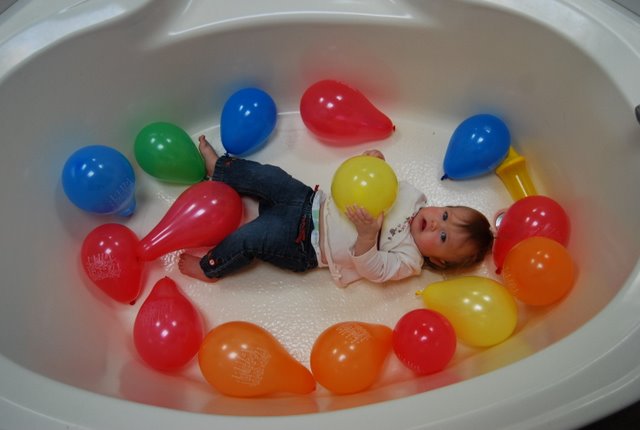 Just waiting for on one more superhero to arrive. :) 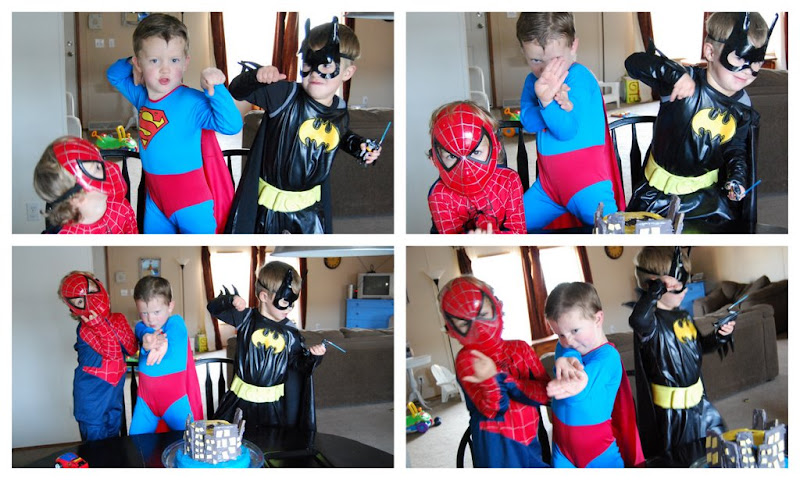 After super hero training they were ready to face the Green Goblin. 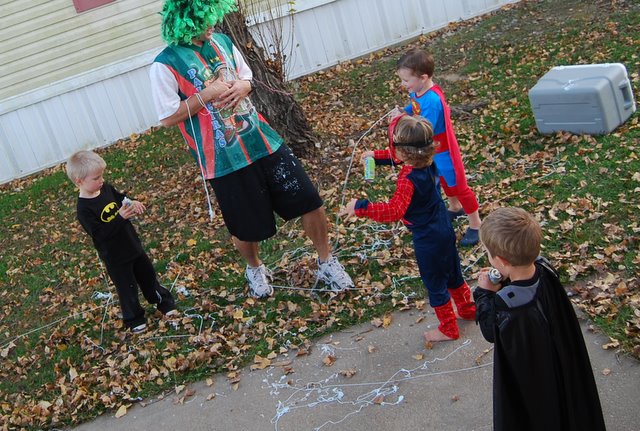 The super hero's successfully defeated the Green Goblin and were off to save the citizens(balloons)held captive in Cache's room. And dodge the kryptonite.(green balloons) 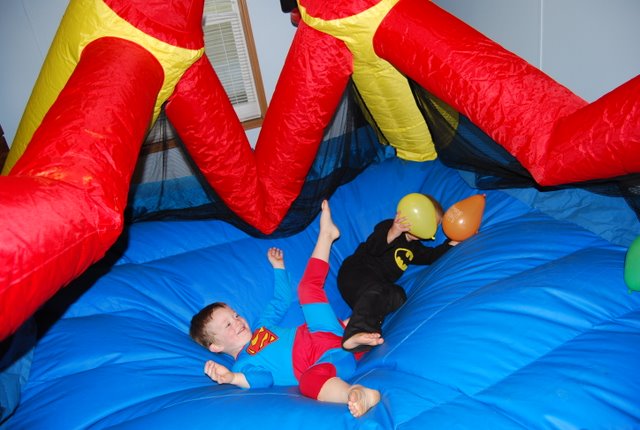 ** Remember this blow up thing I got for $3 at a garage sale? You want it? It needs a patch or two to be in prime condition, but we don't want to move it, so anyone can have it. Seriously 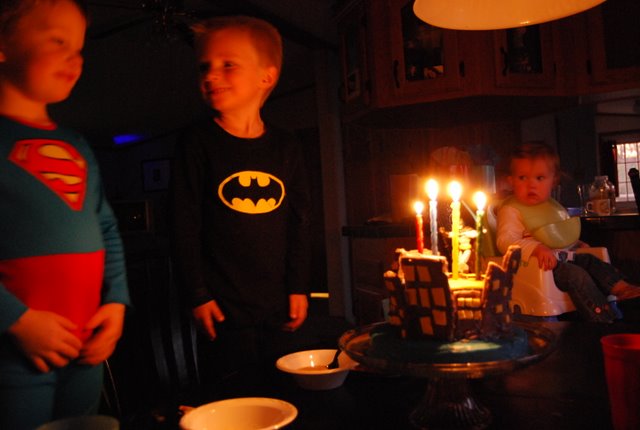 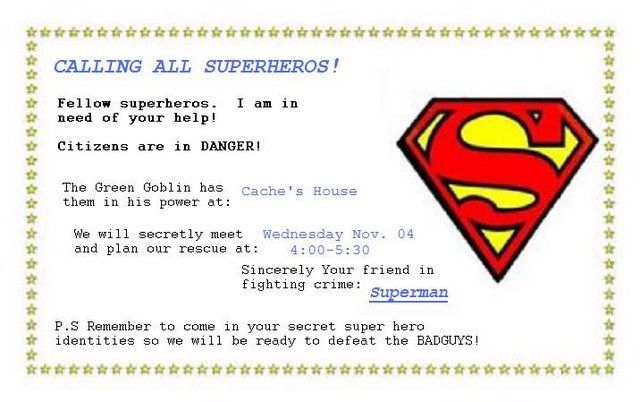 On Saturday we went to the zoo to ride the train. Fullfilling the last of the promises and keeping me honest. 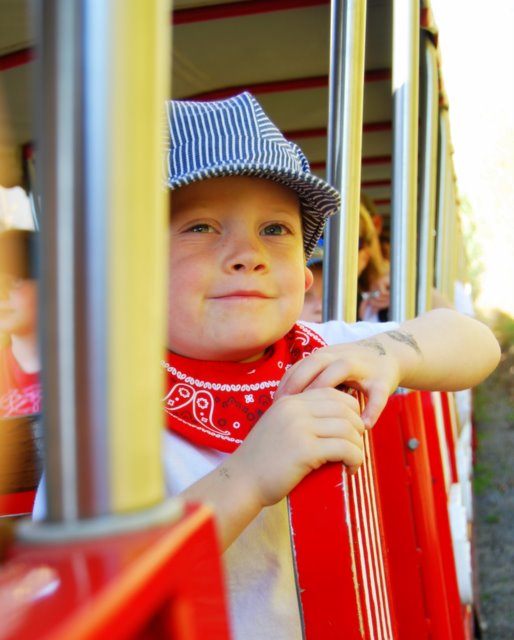 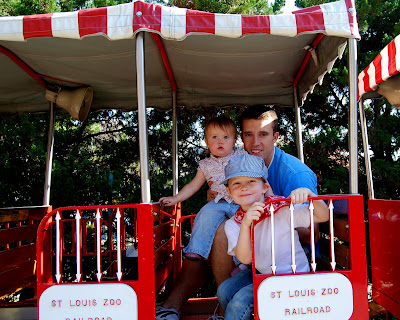 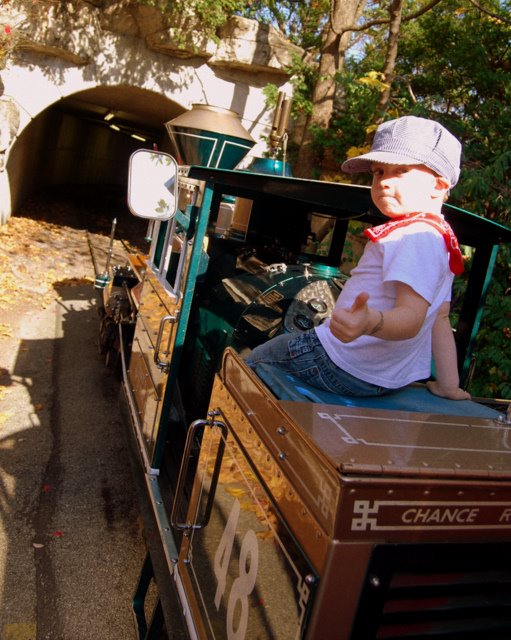 We love you so much Cache.

** and no we don't usually do big birthdays like this.. but it was so fun.

Happy Birthday Cache! Parker would have loved to join your party of super heros...He was a power ranger when he was 5 I think he would have fit right in. Hugs and Birtthday kisses from Montana. I am so excited you are going to Oregon for Christmas. We are leaving the day after Christmas...Does that work into your schedule? WE would LOVE to see you guys. Let us know we can always change plans and make it work.Hugs from all of us.

Hey Amie, The cake turned out so cute and I love the first picture of Cache on the train (leaning on the side). He just looks like he's in heaven. See you in exactly one month from today!

Awesome birthday Cache! You are so creative Amie. You can just see in his face that he is as happy as can be! What a big boy he is now!

You guys are the coolest parents! I love the idea for 100 birthday hugs and kisses. And all of the birthday party.

Amie~ Love the pics. Your kids are sooooo cute.
So, I will be home for Christmas, so since I will have fulfilled my end of the deal, you have to fly home too, so I can show you my wedding pics. If not then I can actually share my wedding album with you through shutterfly if you send me your email address.But I think it would be much more fun to see you in person:)
That is so funny that you were talking to Devin about my horn because I just found a pic of it the other day and was explaining the "coolness" of my car due to the horn to Mike.

Amie, Cache is so cute! I can't believe he is such a big boy. Great job with the superhero party! It looks like all the kiddos had a blast. Are you all ready for the holidays??

your gotham city is imperfectly perfect.

you really know how to make a girl smile through a comment :)

Wow supermom!!! I'm exhausted just reading it! But so cute. And I can't believe that that hilarious little batman is 4.

youre so OLD amie!! how crazy to have a kid old enough to have superhero parties! i am really excited for that stage! its so fun to see what you guys are up to! i miss you! i think bennett would really love hanging with devin. anyway, you guys look like you're having fun over there. are you staying there when devin finishes or what are your plans? back to oregon?