I wrote a mushy post in the months leading up to our anniversary, buuuut I don't feel like gushing that on a blog right now. Maybe I'm getting shy. I hope not. Either way, Devin and I have been married for 9 years! It hasn't been an easy 9 years. Well harder than some, easier than some others. It was hard for us.  But when I focus on just he and I? That bond between us? 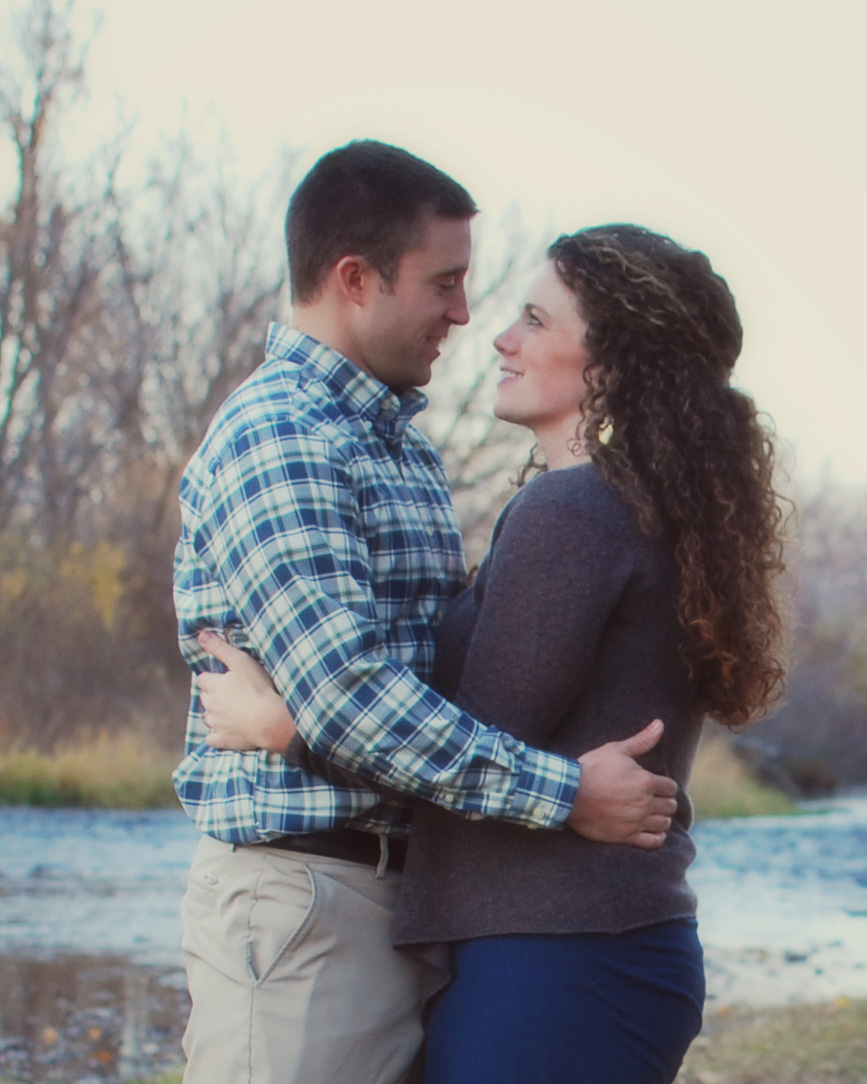 Easy pie.
I accredit it all to him.
One of the best marriage advices I heard once is that marriage is never 50/50. It usually is 99/1. I can attest that Devin has been that 99% for so long. We finally reached a point where he built me for so long, so many years, I was able to step up and be the 99 when he needed to be the one 1%.  Actually I think I've never done more than 75% but it is a lot more than one percent I use to only be able to give. That's why I call him "my Johnny Lingo." But that's another mushy post for another time. 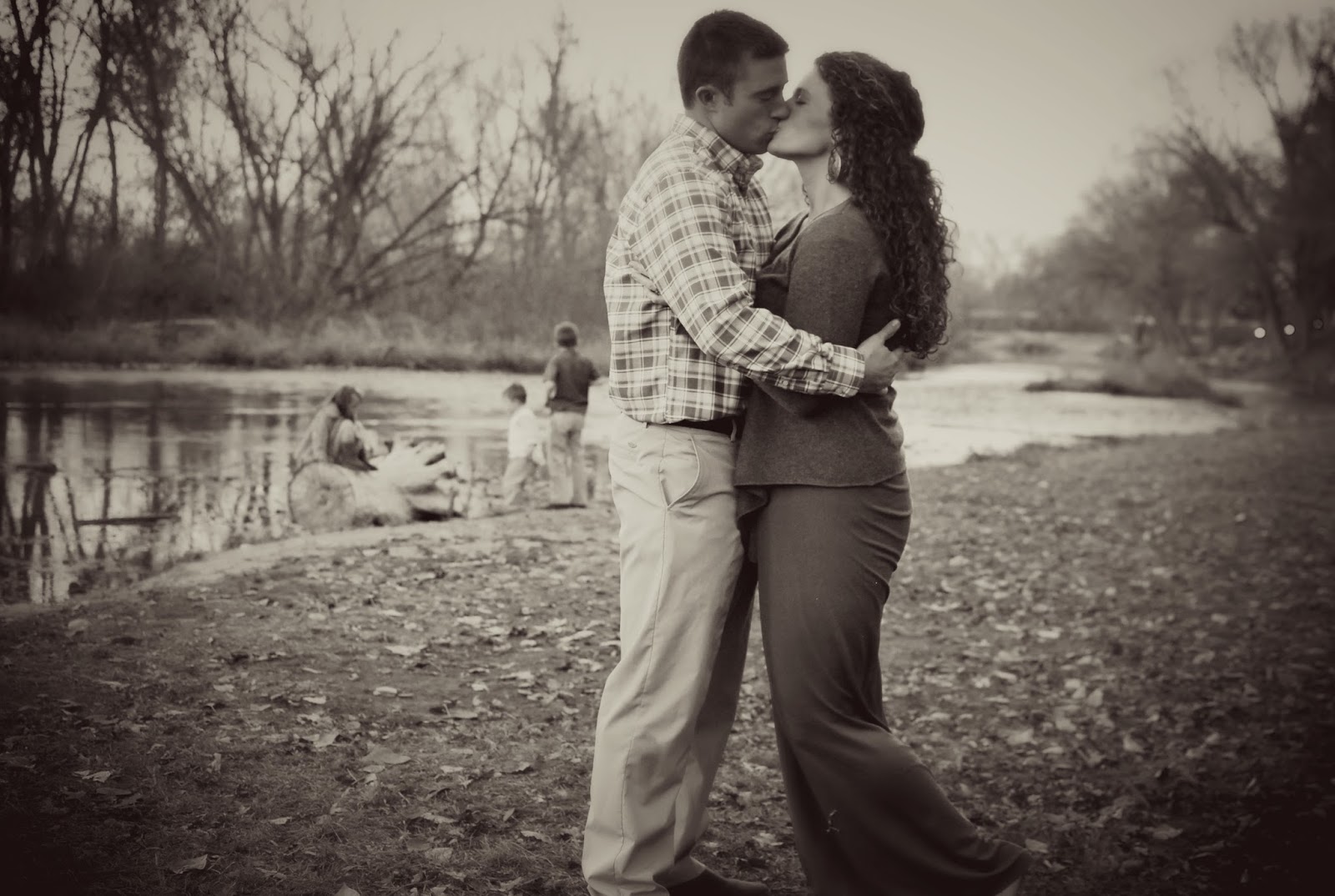 Just making out, while our kids jump the freezing river.

Often, it seems on days when one of us feels on top of the world, the other one has the worst day ever. So we feed on the others vision of hope and excitement to pull the other out of it.  Its weird how that happens with us. And yes sometimes we both come together at the end of the day and we've both had a terrible time.
Those are the days we save doughnuts for.
Or a fizzy drink and a funny show wrapped in each others arms in our "bear blanket." The same blanket  Devin use to wrap us both in on cold winter nights in Provo and walk me back to my dorm.
And if our bad days drag on and turn into bad weeks and months... we get out of town ASAP. Anywhere. Find a lake and sit on the edge and throw rocks in it, or find a mountain town and buy a burger. Just anywhere to pull us out of our 'world' we are so wrapped up in. 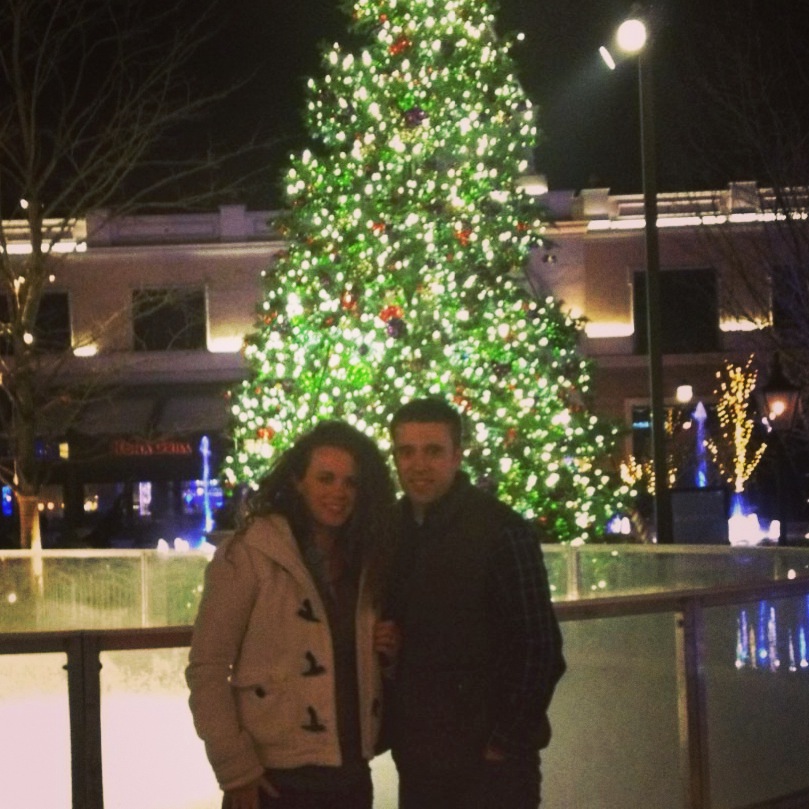 We are figuring one another out each and every week that goes by.
We still have a lot of figuring out to do.
I'm so glad.
It gives me a high when a piece of his personality jumps out, that I have never seen before, and maybe he himself has never seen before either.  Or the look in his eye when I can tell I've surprised him and he is seeing a new side to me.  Even the little things like when I brought home a pair of Timberland socks  a few months ago and he admiringly looked at them and said, "Did you know that is my favorite brand?"  No. I didn't!  Ha. I just love things like that.

I get absolutely giddy  imagining the life ahead of us.
The adventures we want to take.
The time we want to spend.
The things we hope to accomplish.
The laughs we will share. 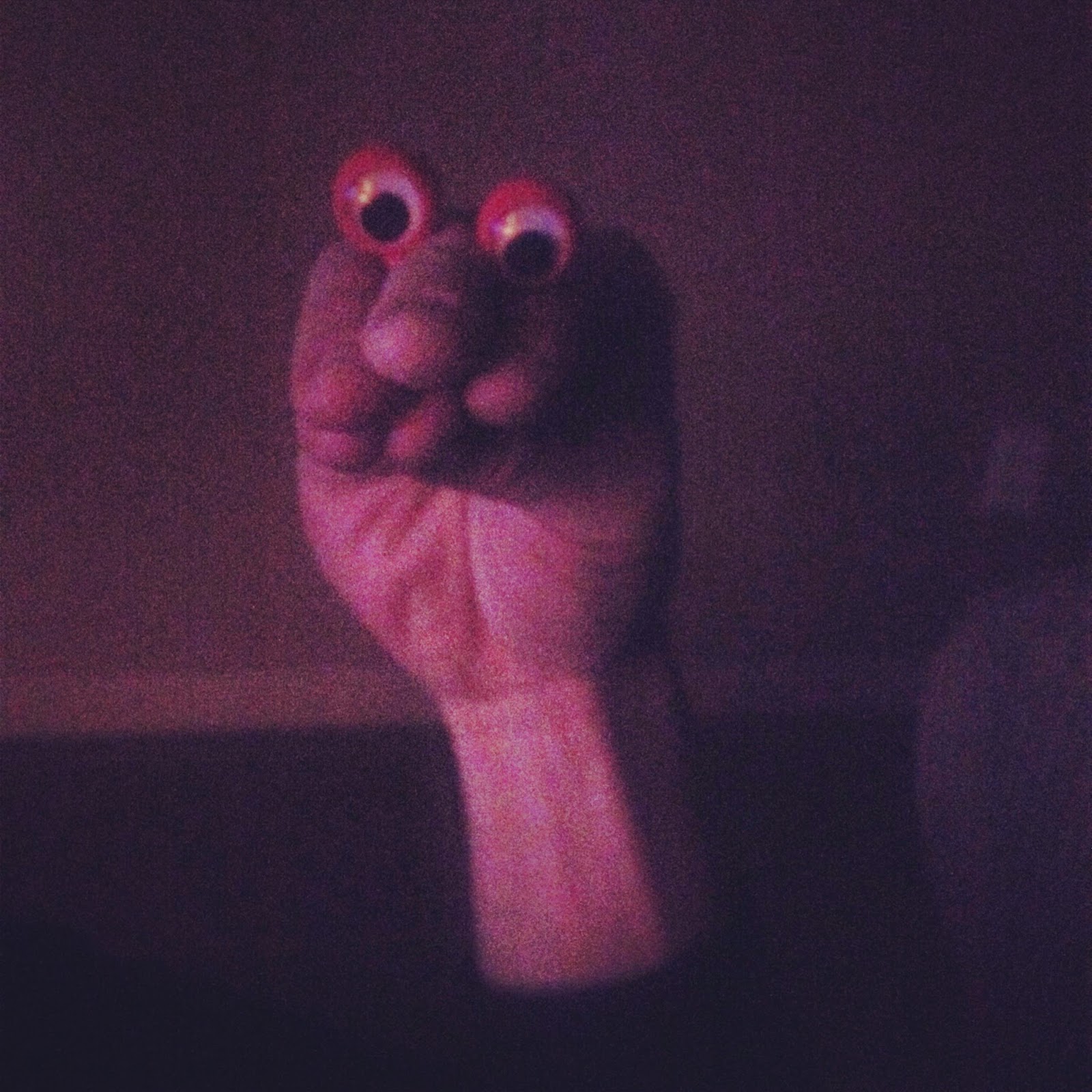 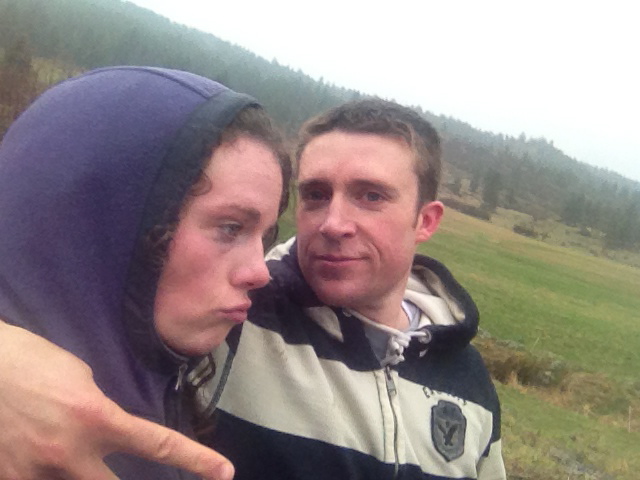 Running in the Oregon rain. April 2013

With Devin there is always plenty of laughter. Even when its inappropriate. ha! Undoubtedly there will be big mistakes, shared heartache and trials too. BUT, I plan for the good and dream of the exciting. 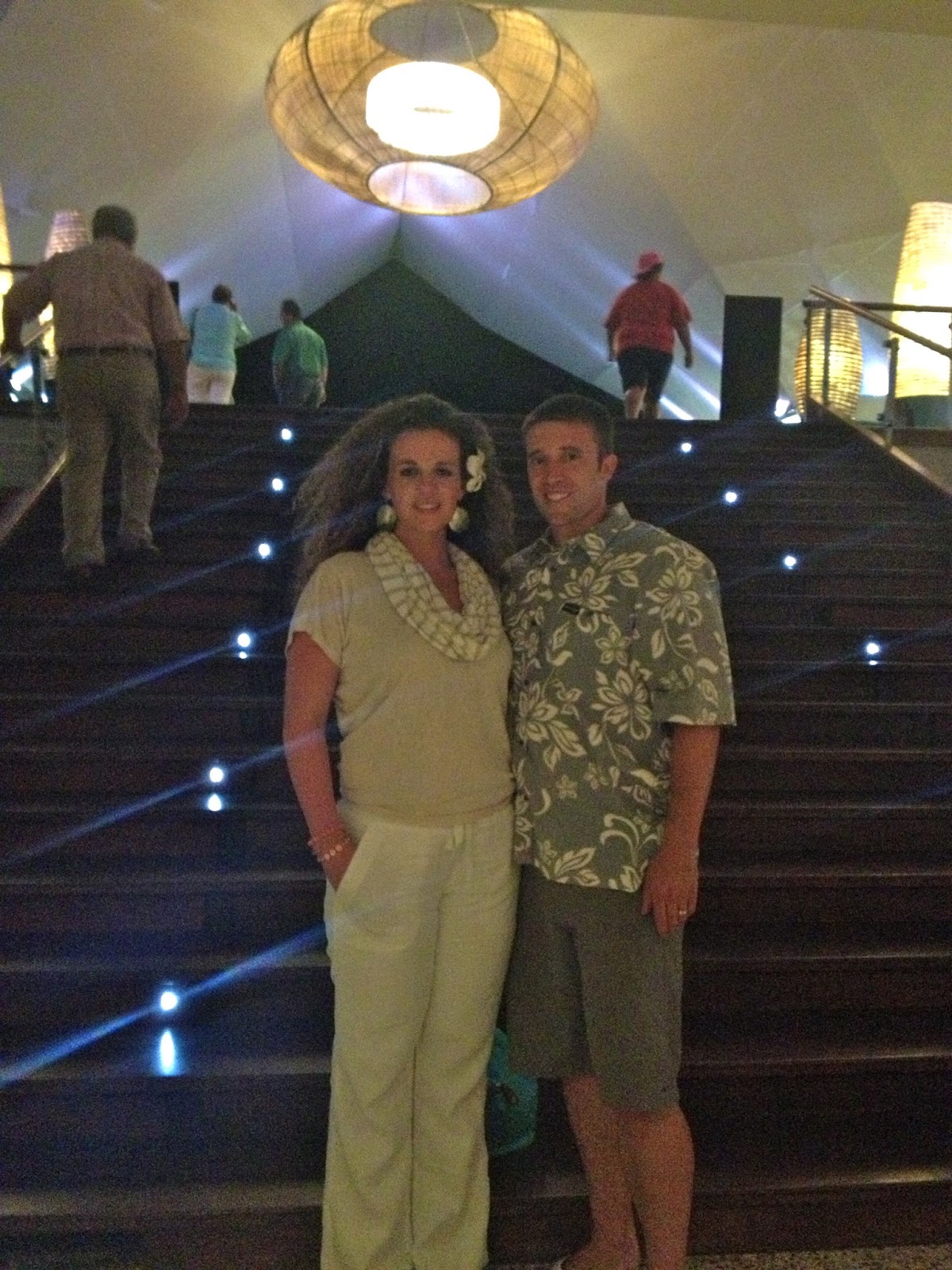 I know we'll hang onto each other when bad times come. 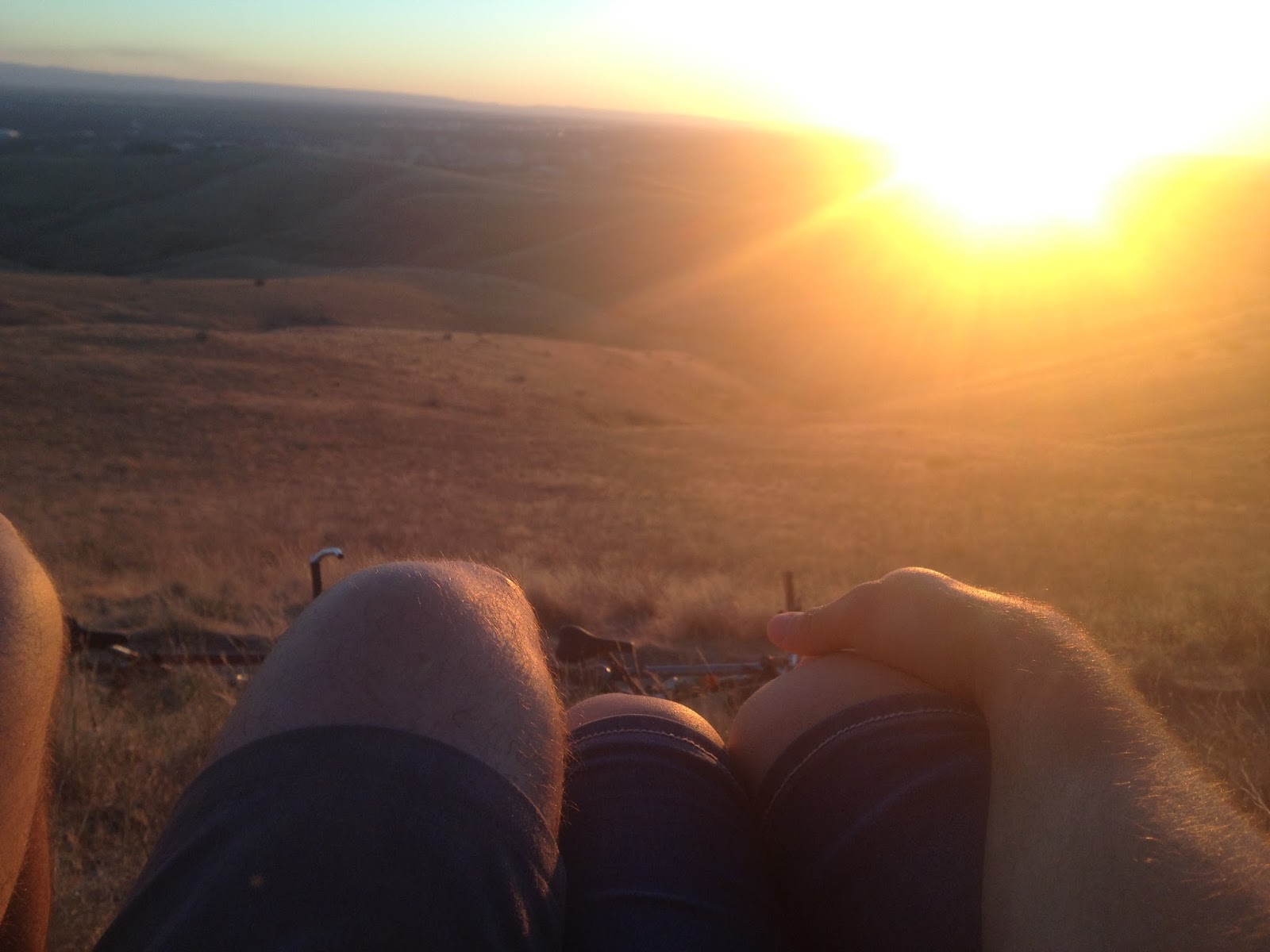 We are very different, in fact opposite in so many ways, but alike in just a few ways that it works.  I honestly think the differences between us work towards our harmony more than the similarities. 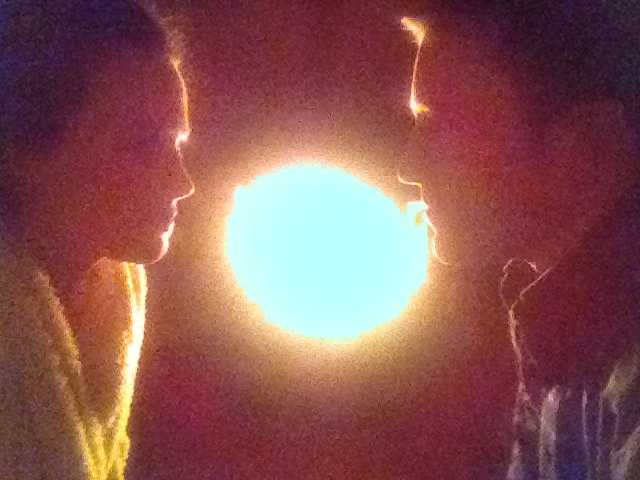 Drinking fizzy drinks infront of the fire in our basement,
documenting our 31 year old profiles.
Here is to a bright future ahead. 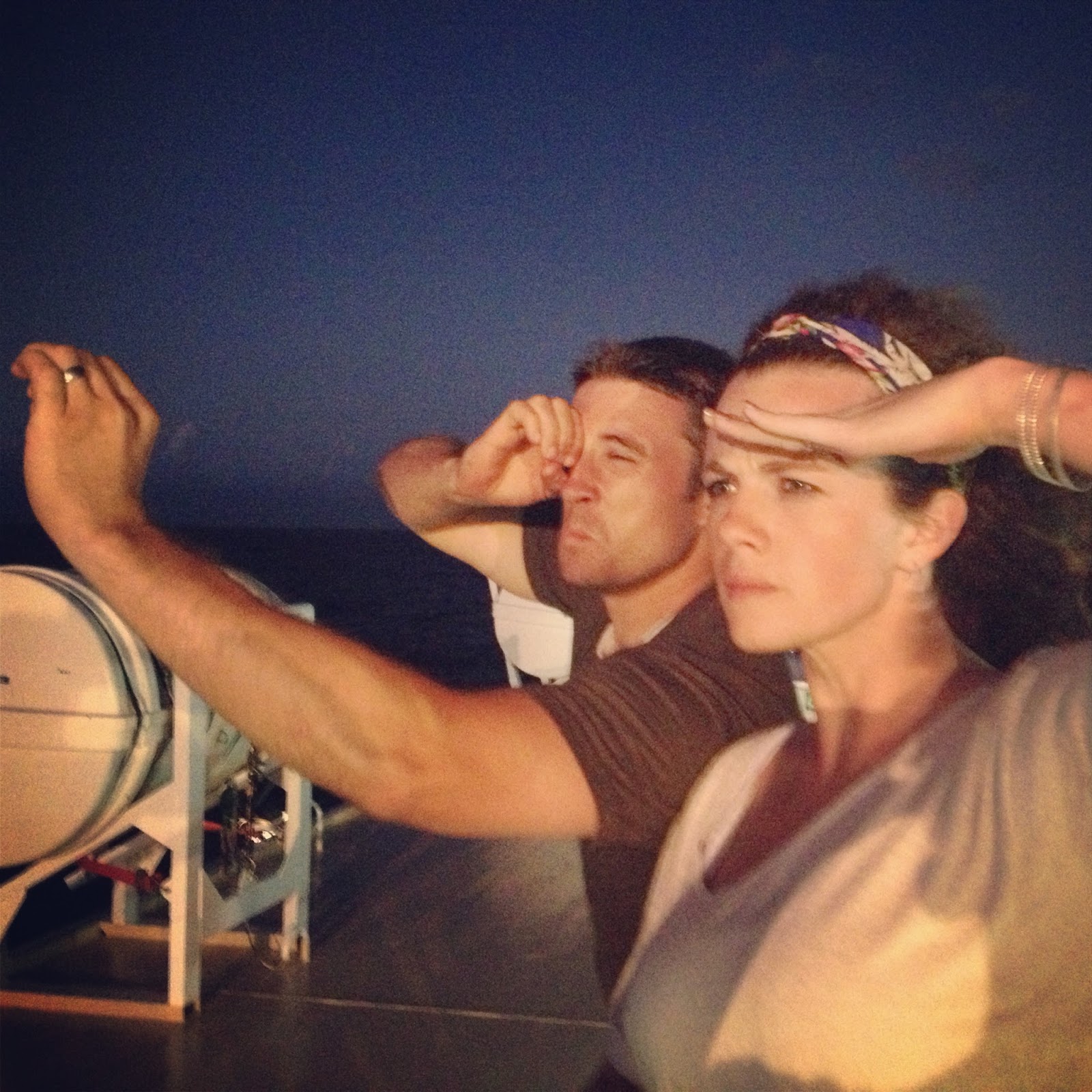 Boat to Moorea 2013
Making memories, forgiving each other daily, being a team and being totally in-love. I guess I ended up writing a mushy post after all. Ah geez, I can't help myself. Oh well. Happy Anniversary to my Devin. 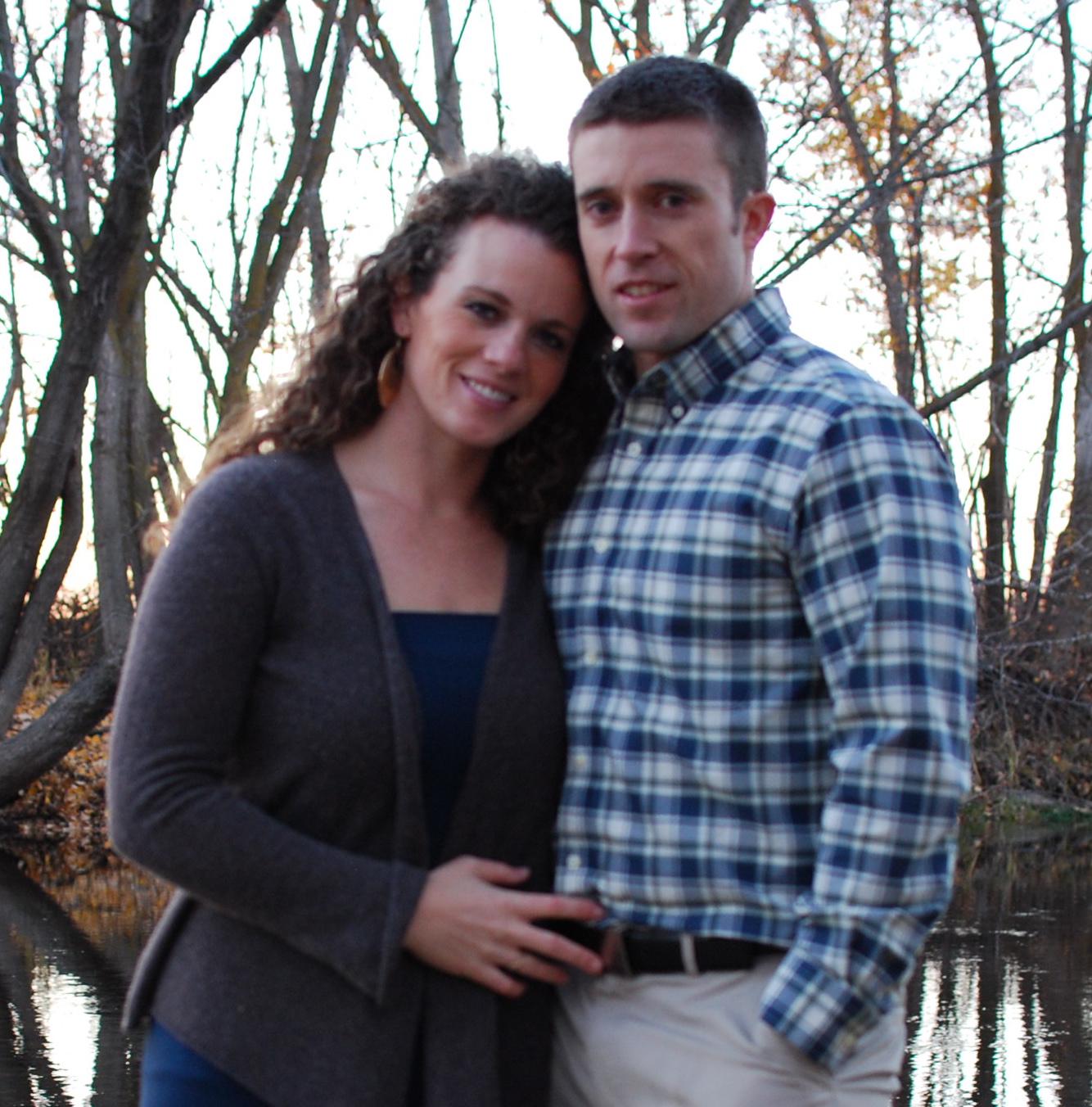 These guys were playing live in the Hotel Lobby at the Luau in Tahiti! First time we ever heard the song. Had no idea how famous they were! We just loved the song and sang it as we drove around that beautiful island . AAAAH most magic memories of my life! Devin's been singing it ever since. :)

Love this post! Thanks for sharing and happy anniversary!