This fall Cache asked to play football.
It made it much more "Fallish" going to football games and practice every week.
Football is a different game, different people, different attitude than soccer. It
took me a little bit getting use to coaches yelling at my son or grabbing him by the shoulder to
get him into place during plays. I'm scared of the mama bear that I feel roaring inside of me sometimes. *Heaven help me and help the people that cross my children... I'm just might literally knock their blinkin block off.* No but really.  I have to pray a lot. Anyway, it was fine  and in their games... whoa! These 6 year olds were running reverses and pass plays and fake outs. (Those are just things the other parents and coaches yell, I really have no idea what they mean.)  But it was SUPER fun!  Cache was nick named "Speedy Cache" and was the only player wearing soccer cleats...
He loves to run. He had great time and so did we!  He even scored several touch downs. 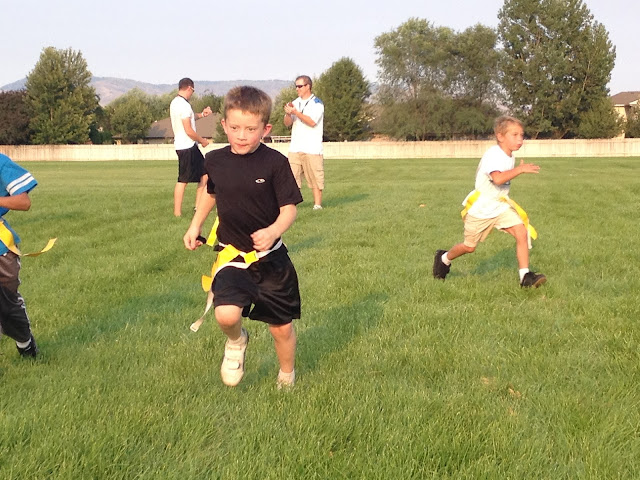 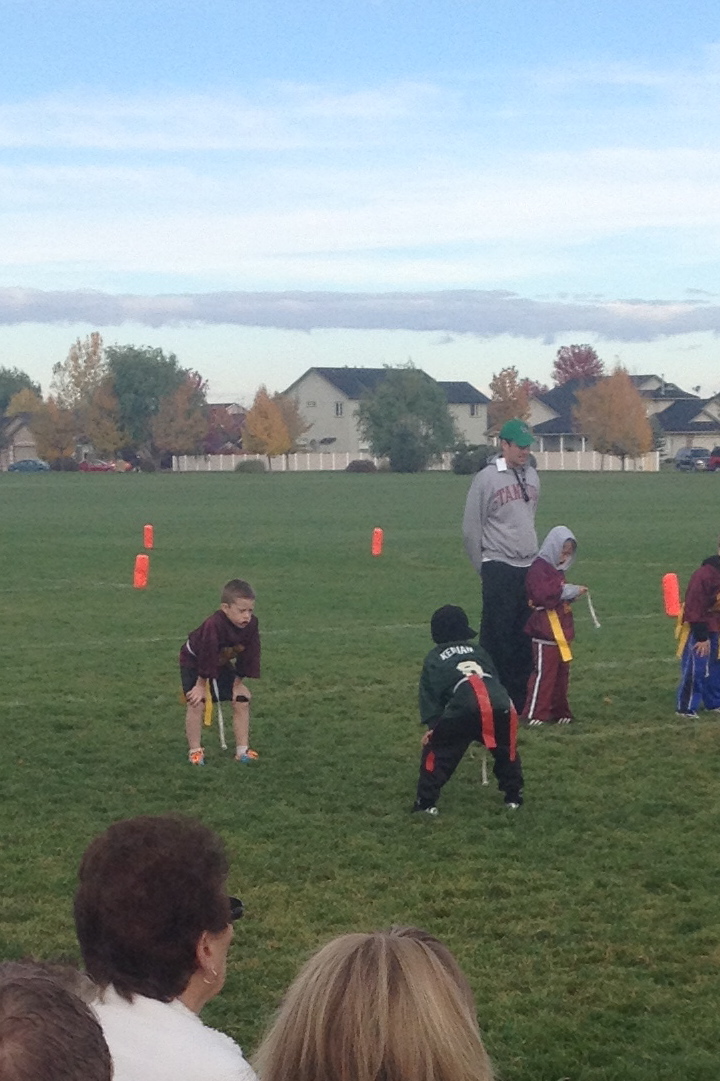 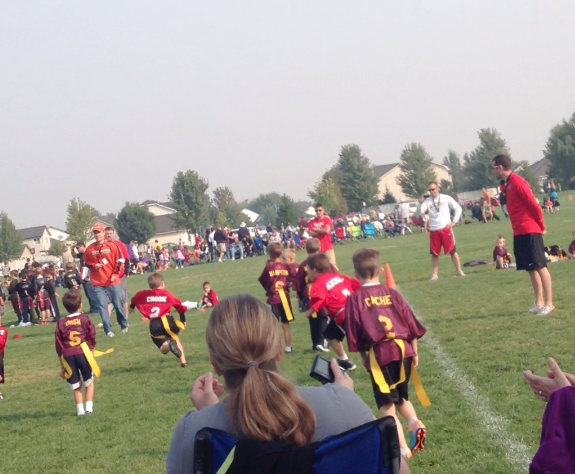 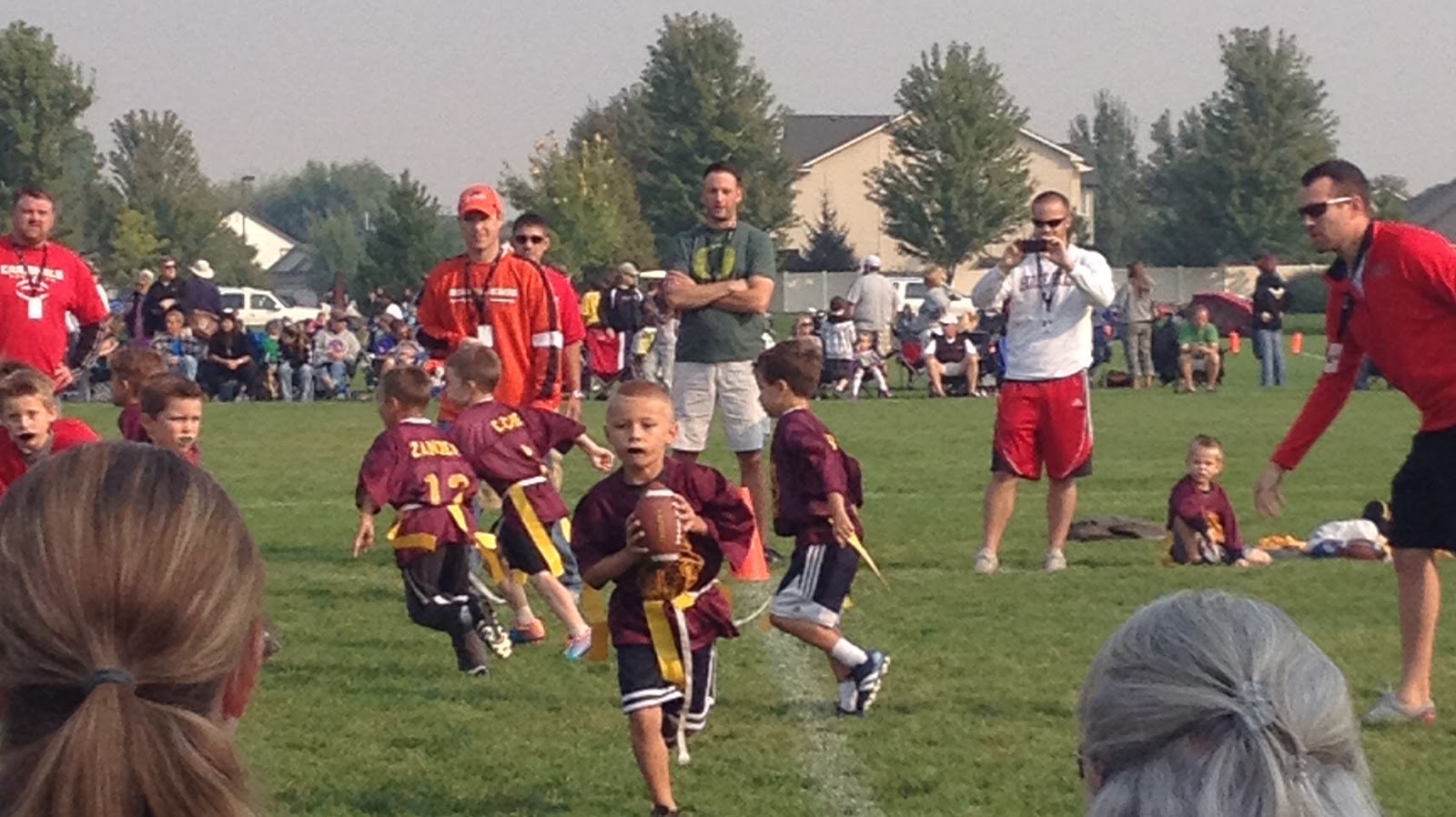 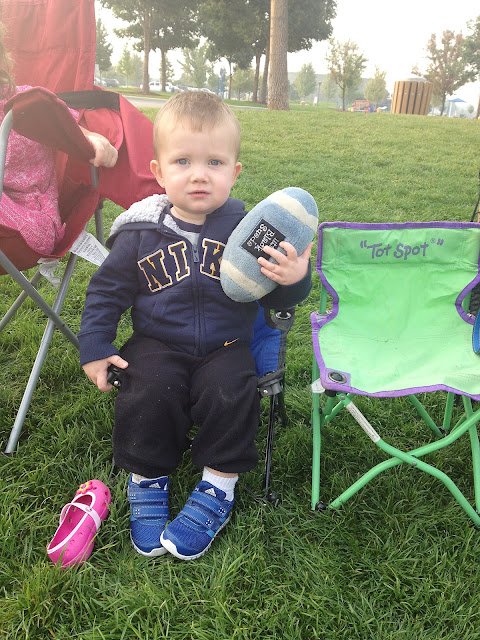 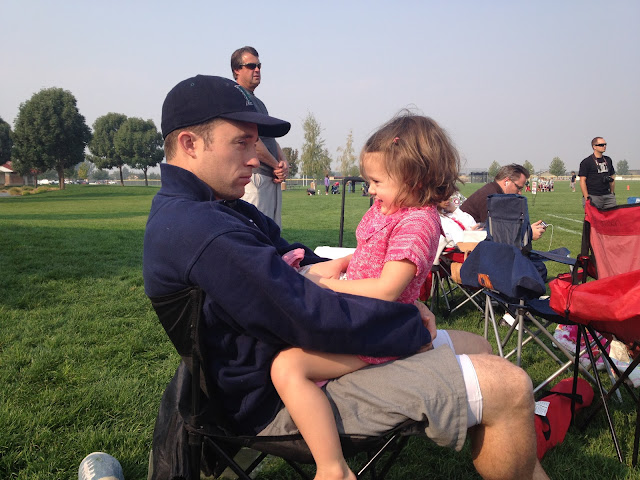 On the sideline when I went to give Cache his drink: 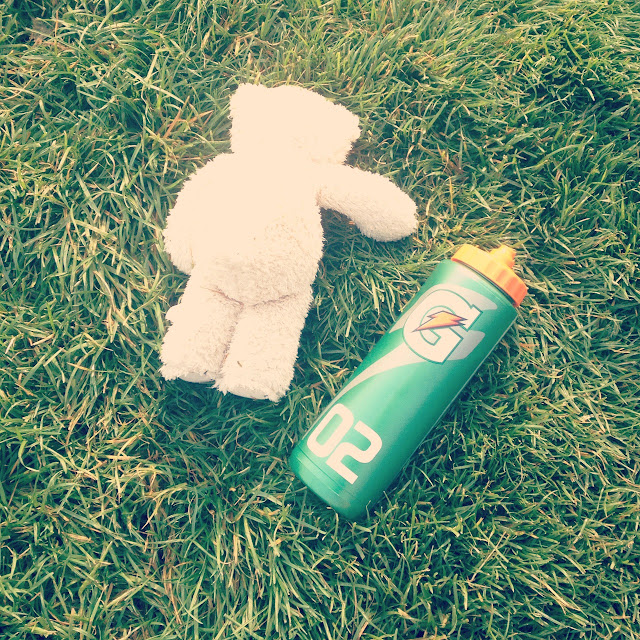 These boys are just babies, sweet and innocent still at heart. 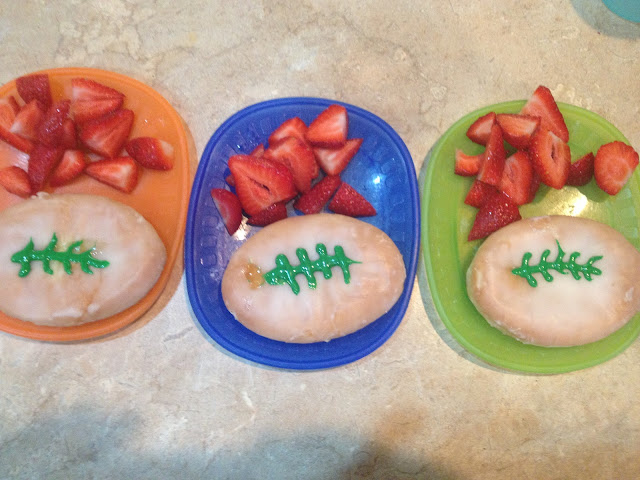 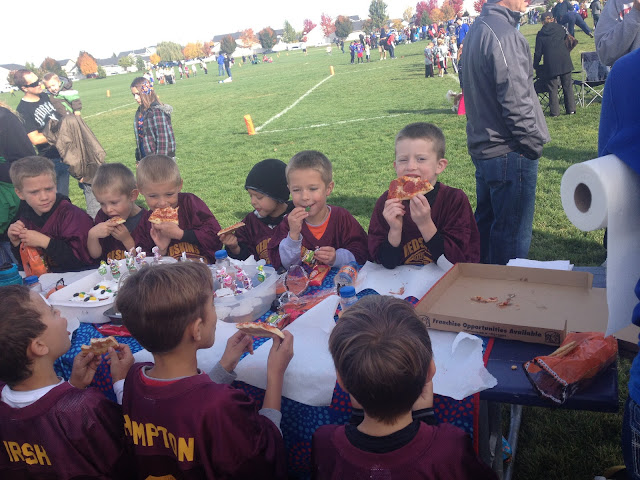 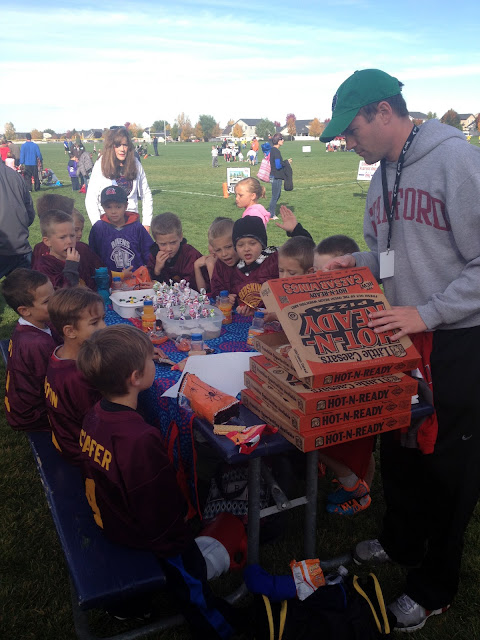 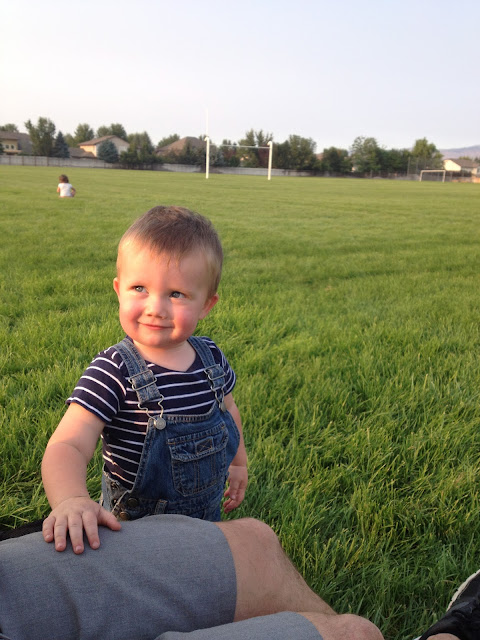 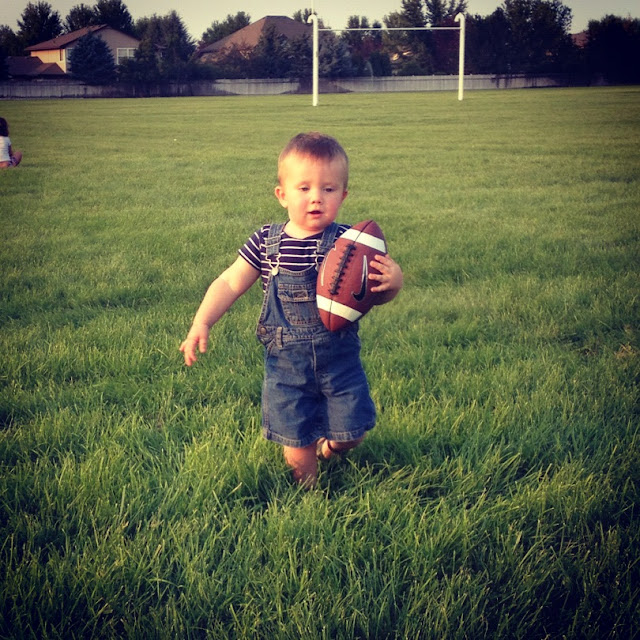 Cache got a taste for football so when Devin's side business (www.offthefield.com) got a
chance to be represented at half time of the potato bowl, Cache was thrilled! So was Devin. 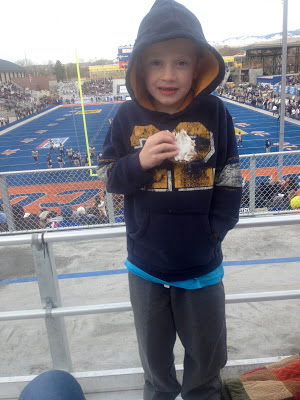 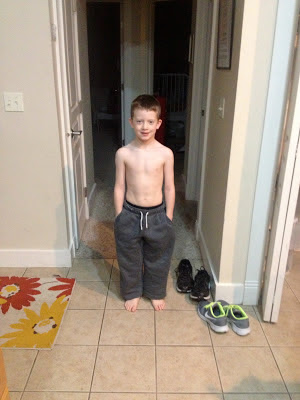 Mr. Ryan Baum.
These 2 spent some awesome time in Brazil together and Ryan played running back for the Aggies when he got back. He comes every year to the potato bowl. 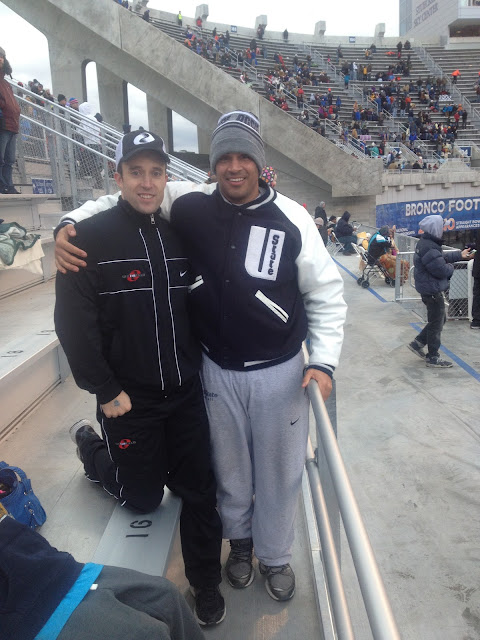 We bribed Naomi to let us buy her a pair of sweat pants before the game. It took awhile and us agreeing to buy the matching Hello Kitty shirt, and a cookie at the game but she complied.  Although she still cried all the way to the game about not wearing a dress... and looking like a boy. It was just too cold for dresses honey. 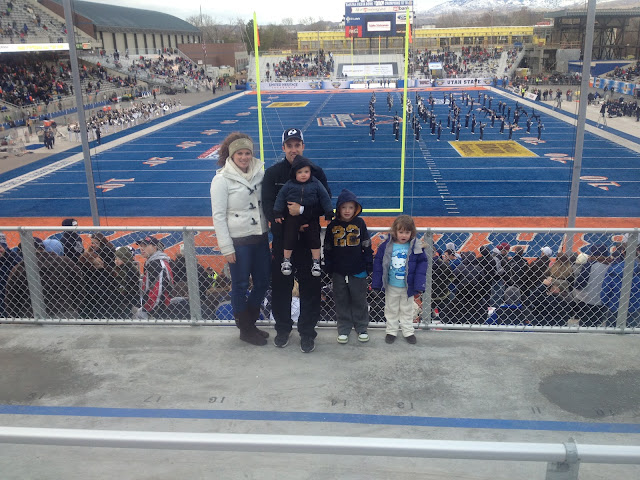 One of our goals was to attend the BYU vs. Boise state game this year.  We decided to meet it 80% and just watch it at Wingers. 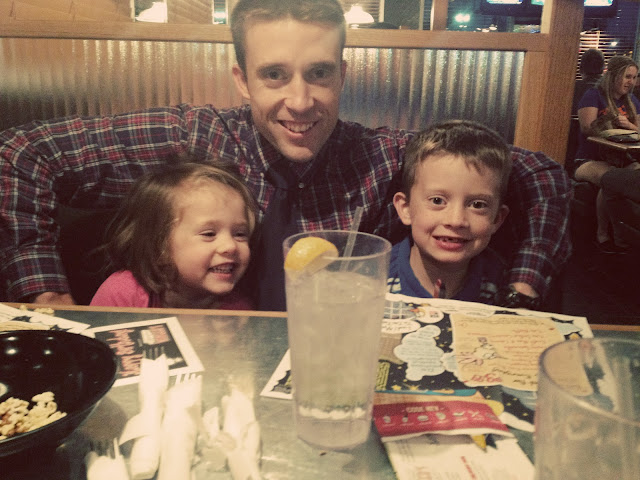 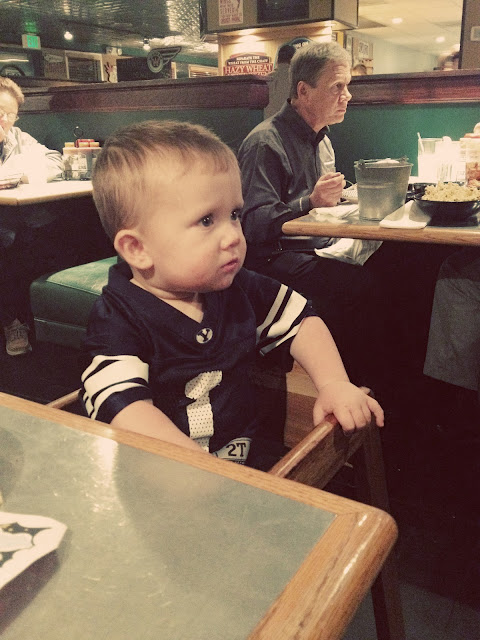 And that's Football season all wrapped up with a bow.
Posted by Amie Orton at 9:33 PM