Gage in a Nutshell 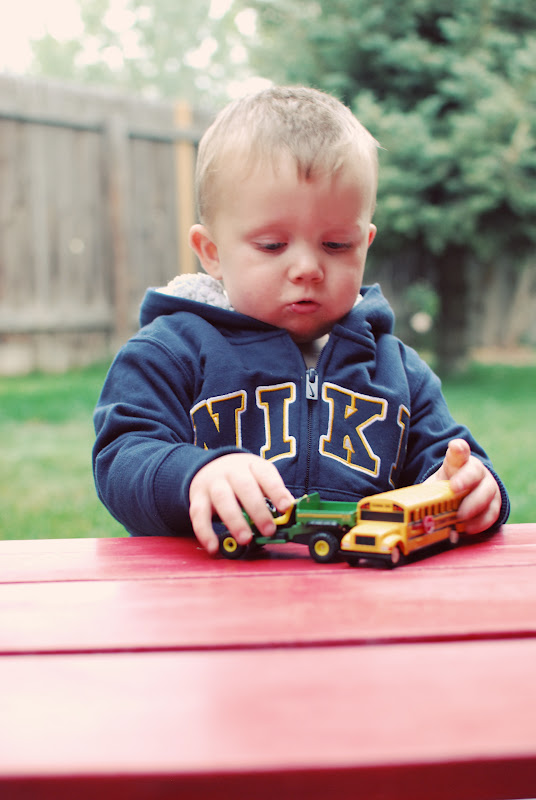 Gage has a way of talking and looking at me like I am the one in trouble. 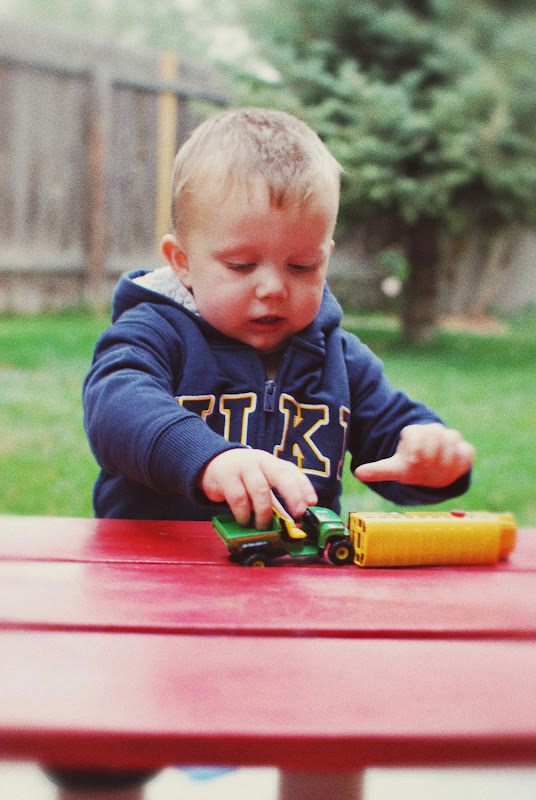 When I take him to Target, I get those giant carts you can fit 3 kids or more in.  He ends up standing on the seat so he can see where we are headed.  I usually hold onto the back of his pants.  He looks back at me and smiles, "Mommy NO NO poo poo pants."  Meaning, don't touch my pants or my diaper Mom. And then he swats at my hand.
When I stop to look at a shelf he will turn and yell. "MOM! MAAAAAAAm!" Then say, "Watch." And he'll swing from the bar and yell: "Weee!"
Since he is short, at the end of the swing he just hangs there with his big round belly showing. Then his eyes get really big and he says: "Hep." (Help.)
He kills me. 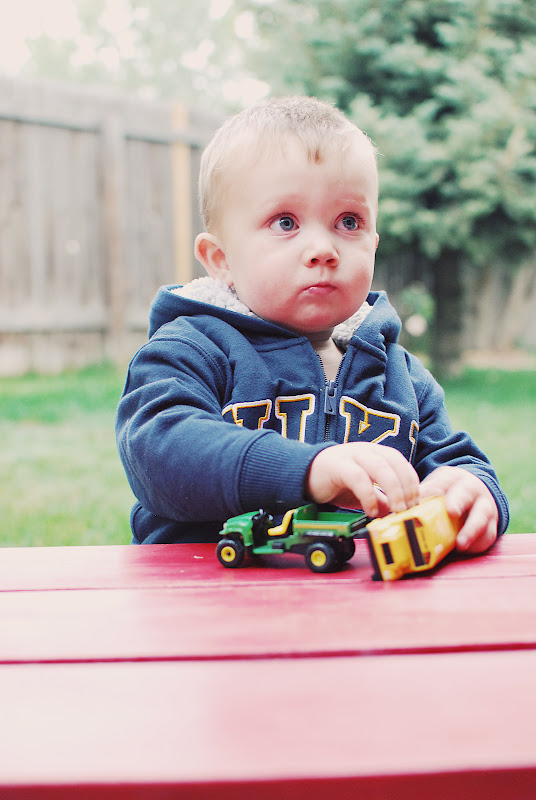 When Gage says words that end with consonants, he repeats the end three times.
It's like backwards stuttering.
"Munch-ch-ch-ch."
"Tash-sh-sh"
"Truck-ck-ck-ck"
We wonder if it comes from Nay and Cache always sounding out words. 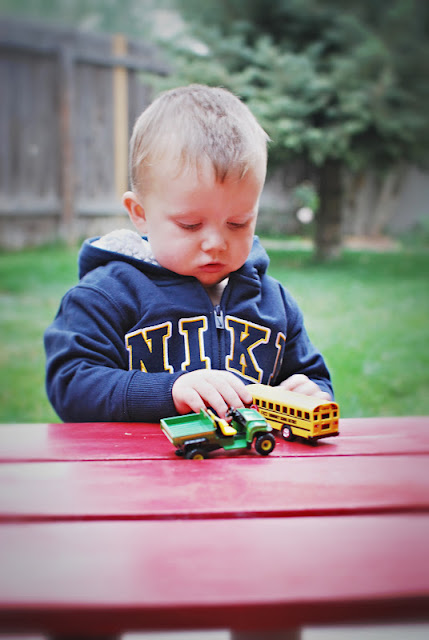 Speaking of clothes, I like getting this guy dressed. He very carefully watches as I pick out his clothes. He has this Nike shirt that he HATES. He has never even put it on, but will scream and cry if it gets near his head.  (We think this is hilarious.)  It is also so weird.  When he approves, he gets into position laying in front of me, jibbering on and on and laughing at whatever he said,  "Broncos" or "beeg chucks." (big trucks)
He will not get up till he makes sure you put socks AND shoes on.  Then he puts his arms up so you can pull him to standing. When he's up, he always puts one hand in his pocket,  gives me a smirk and walks out of the room, hand in pocket still. :) 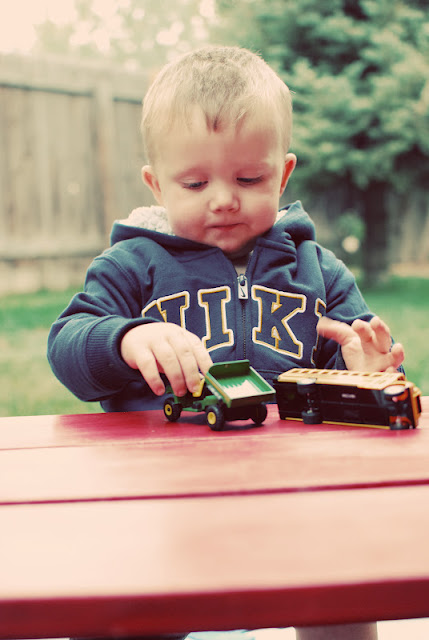 Gage has a few nicknames:
Louie- :) He was our St. Louis baby and almost named Louie,,, it just sticks. It is also WAY easier to say Cache and Louie when calling their names than Cache and Gage.  Kinda a tounge twister sometimes.
Gus- Only by Uncle Ben
Lou- short for Louie
Echo- got this from his funny habit of checking for echos.  Any public bathroom, hallway or large room, he seems to instinctively KNOW that it will echo and as soon as we walk into an area Gage yells:
Bop!
Then listens and smiles and keeps on yelling. It's weird but he has done before he could speak a word.

And that's our funny two year old.  All wrapped in in a nutshell.